Two Titans have arrived on Caldera. 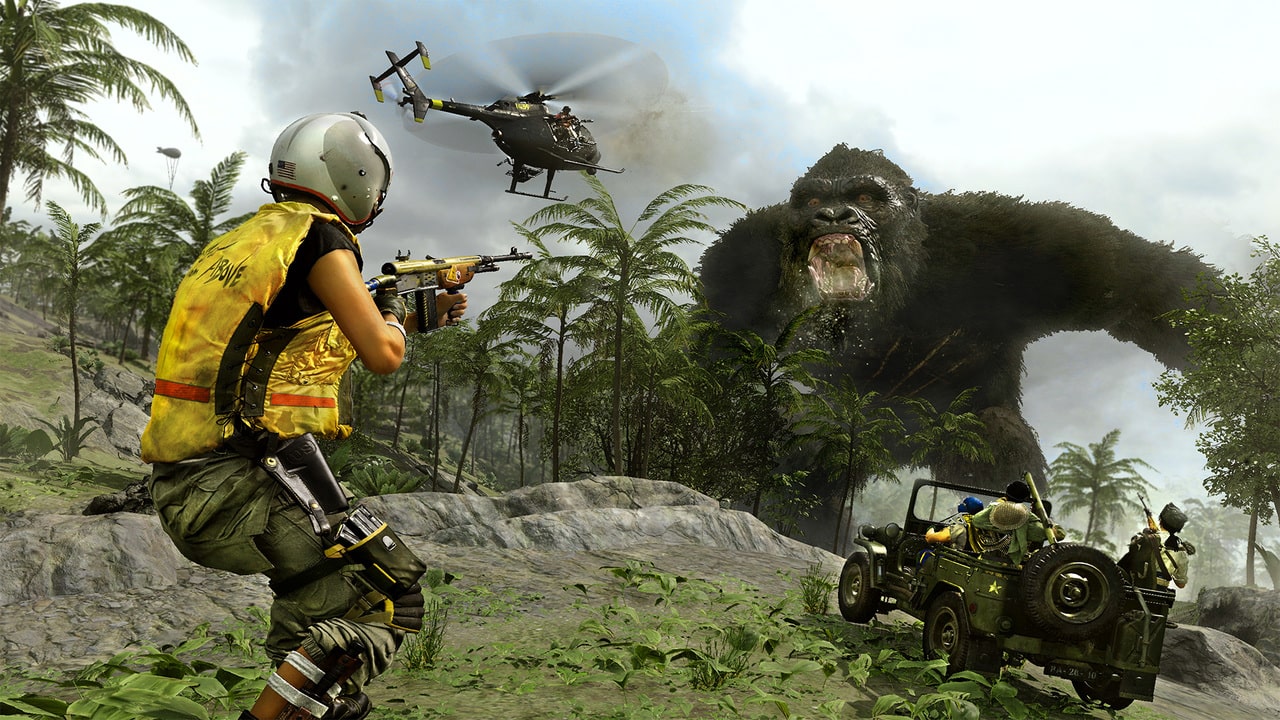 Operation Monarch is nearly here in Call of Duty: Warzone, and here’s everything you need to know about the upcoming event featuring Godzilla and King Kong. While Godzilla vs. Kong premiered over a year ago, the two monsters are only just now coming to Caldera in this new Warzone event. These two titans will clash in a limited-time mode that actually isn’t as limited as you’d think, so you’ll have plenty of opportunities to earn free rewards and purchase Monsterverse Bundles during the event. Here’s what you need to know about Operation Monarch in Call of Duty: Warzone.

Operation Monarch will begin on Wednesday, May 11 at 9 AM PT/12 PM ET. The event will last two weeks until Wednesday, May 25. During the event, a limited-time Operation Monarch playlist will be available. It’s a special game mode and not a live event, so you can’t miss it as long as you log in and play at some point throughout the two-week period.

How Does Operation Monarch Work?

Operation Monarch is a twist on the standard Quads mode with a Resurgence ruleset, so you can respawn with your gear as long as someone in your squad is alive. It’s a normal battle royal Quads match on paper, but there are special Supply Drops that contain Monarch Intel scattered throughout the map.

What is Monarch Intel?

Collecting Monarch Intel will reward you with Killstreaks and Loadout Drops, but collecting enough of it will unlock a special Titan Killstreak that will let a squad use Godzilla’s Heat Ray breath or Kong’s ground pound to take out enemies. This special killstreak is known as the Titan S.C.R.E.A.M. Device (Titan Sonic Communication Radar and Echolocation Array Module). Either of the two attacks can be called in anywhere on Caldera.

Still, Titans like Godzilla and Kong cannot be completely tamed. At the beginning of a match, Godzilla and Kong will become enraged and attack recklessly in an event known as a Titan Frenzy. Titan Frenzy events will also happen at random throughout matches, so it’s never entirely safe on the ground or in the air.

Players will be alerted before a Titan Frenzy occurs, and at that point, they can either retreat and attempt to withstand the attack or attempt to suppress Godzilla and Kong by dealing damage. The squad that damages the Titans the most will receive a S.C.R.E.A.M. Device as a reward, and runner-up squads will receive Monarch Intel.