How to Easily Farm Junk Components in Fallout 76

Some call it junk, I call it supplies 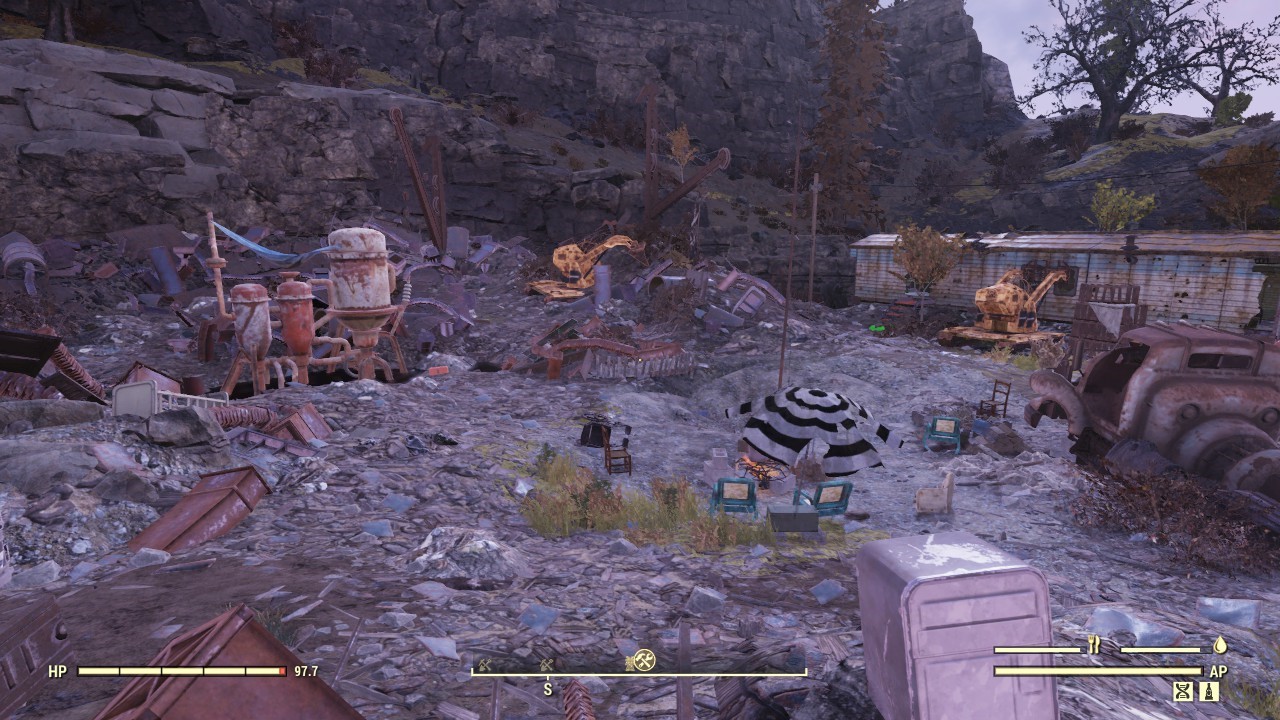 Having enough junk and scrap is key to doing anything in Fallout 76. Crafting, building your camp, repairing your gear, and even some missions will all require you to put in some of the precious junk that you have been collecting. In order to not run into any roadblocks when it comes to playing Fallout 76, you will want to have a solid supply of junk. Let’s go over the best ways to farm up junk in Fallout 76.

How to Easily Farm Junk in Fallout 76

There are three main methods of getting junk in Fallout 76. One way is through gameplay and two are more passive methods of accruing junk over time. To maximize the amount of junk you are collecting, you will want to do all three methods at the same time.

Collecting Junk in the World

While this might seem like the most obvious method, there are a few little things you can do to increase the amount of junk you are picking up. Obviously, you will want to pick up everything that isn’t nailed down in any area you visit. Almost any item can be scraped for junk. If you are looking for a specific piece of junk, you will want to mark it in your pipboy so it will highlight the items that contain it.

On top of taking everything that isn’t nailed down, you will also want to make sure to take everything an enemy has on their body when you kill them. Most enemies will carry some junk of some kind, but the weapons they use can also be scrapped into junk as well. This is a great way to collect a lot of wood and steel since most weapons break down into those components.

Placing Collections and Harvesters at Your CAMP

Anytime you are logged into Fallout 76, your CAMP will be placed in the world wherever you built it at. Something about CAMPs that a lot of people overlook is the amount of resource-generating items you can build at your CAMP. Placing down a collectron will allow you to passively collect scrap and junk while you are out adventuring in the wasteland.

You can get a collectron station by spending some gold at one of the three vendors to buy the silver collectron. They will also regularly be available in the Atomic Shop for purchase. The battle pass can also contain a special event collectron that collects something more than just scrap and junk. Any of these will work and just need to be placed down at your CAMP to start passively finding junk.

You can also build your CAMP near one of the many Junk Piles found throughout the map. If you have one of these piles within range of your CAMPS build area, you can place down an extractor to collect the junk contained in the pile. This extractor will need power to function unlike the collectron, so keep that in mind when building one.

However you can place both a collectron and an extractor down at the same time, so you can double the amount of junk your camp is collecting. Both of these will work while you are logged into the game and will store up to 10 pounds of junk each. You just need to come by and collect what they store every once in a while. Just make sure to lock them both, as other players can come steal from them if you don’t.

Claiming a Workshop with a Junk Pile

The last and final thing you can combine with every other method of farming junk mentioned above is to claim a workshop with a junk pile. There are 23 workshops in the game with five of them having a junk pile for you to build on. the workshops with junk piles are:

Each of these workshops has a junk pile within the range that you can build and power an extractor on. The extractors work the same way as the ones you can place from your CAMP. So they will need power and to be locked. The nice bonus of these extractors is they can be placed alongside the one in your camp, so you can have two extractors owned by you in a game.

You can also place down another collectron at a workshop while you have it owned. Which will allow you to have two collections and two extractors collecting junk for you while you play the game. There are also other resource piles at workshops for you to collect from on top of the junk, so you can stockpile extra resources as well.

The only downside to workshops is that you will need to come and defend them from enemy attacks every so often. These do count as events, so you get rewards for completing them which can be junk or scrapable items. So it is a win-win situation really.

Fallout 76 is available now on PC, PlayStation 4, and Xbox One

More on Attack of the Fanboy :
Fallout 76 Fallout 76 Guides