This fantastic crossover event will celebrate milestones from Assassin's Creed Valhalla and Destiny 2! 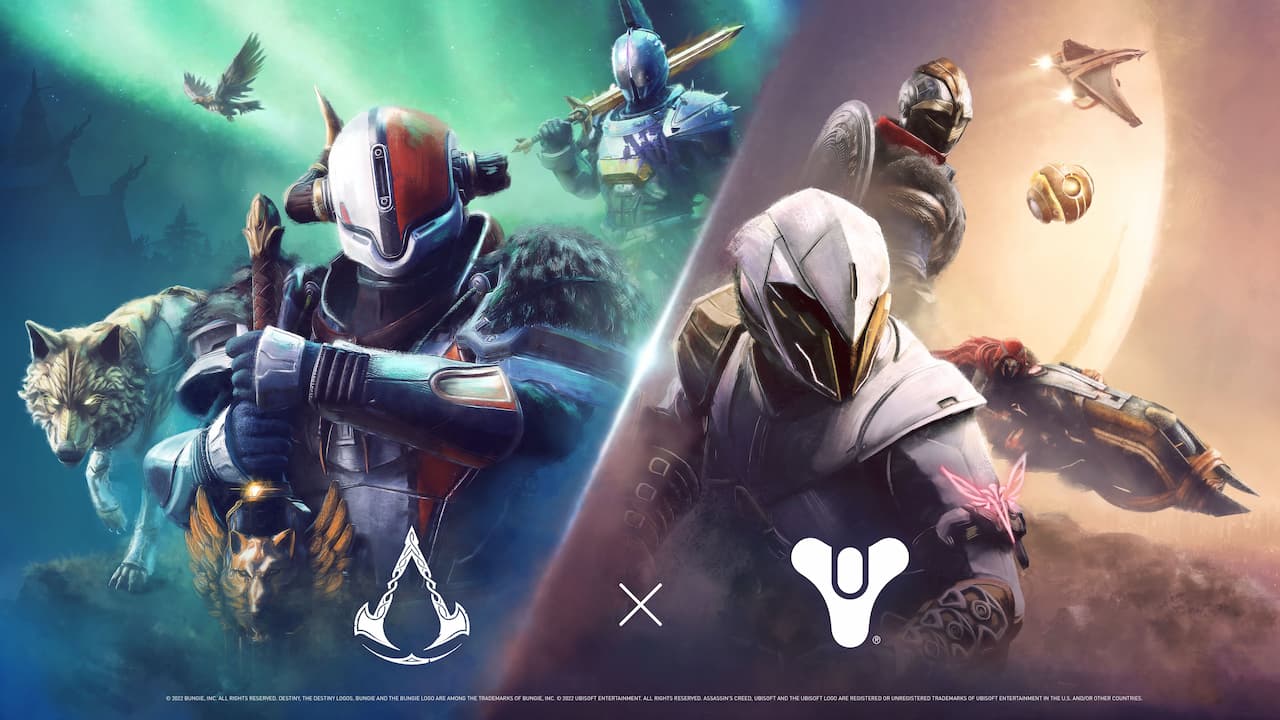 Destiny 2 and Assassin’s Creed Valhalla will have crossover content available to purchase through the in-game stores of each game. Each content will be inspired by the other game, which adds a bit of flair and fun to each game.

You can purchase three armor ornament sets from the Eververse store now that Season 19 has begun. These armor ornament sets include the Wolf-Kissed bundle for Titans, inspired by Eivor, the Misthios bundle for Hunters, inspired by Kassandra, and the Eagle’s bundle for Warlocks, which Altair inspired. In addition, you can also purchase other Assassin’s Creed-themed content like an Assassin’s Creed-inspired ship, Sparrow, Ghost, and finisher cosmetics.

You can purchase a character pack with content for Assassin’s Creed Valhalla, like armor sets inspired by Crucible Handler Lord Shaxx and Saint-14 and swords inspired by the Gjallarhorn Exotic Rocket Launcher and Thorn Exotic Hand Cannon. You can also purchase a weapons pack which will provide you with four unique spins on Destiny’s most iconic subclasses. Each of these subclasses will have its gameplay perks and custom effects. This includes the Dawnblade Greatsword, Arcstrider Spear, Sentinel Shield, and Deadly Edge Scythe.

More on Attack of the Fanboy :
Assassin's Creed: Valhalla Destiny 2