How to Get Freddy Fazbear’s Pizzeria Simulator’s Mediocrity Ending

The latest news in the world of video games at Attack of the Fanboy
December 5th, 2017 by Dylan Siegler 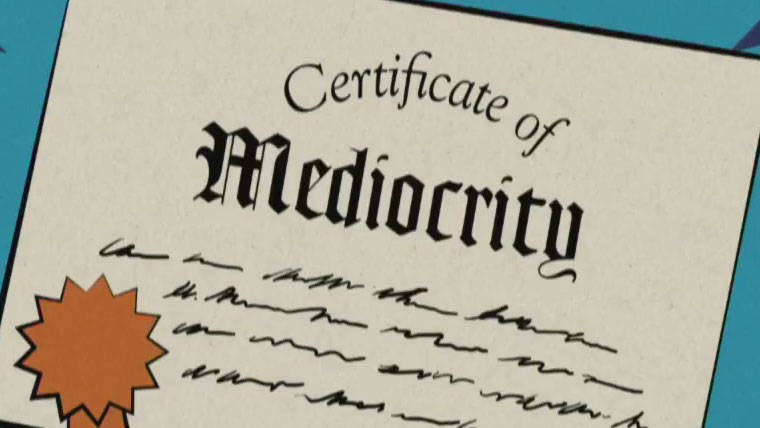 Starting with Five Nights at Freddy’s 3, the FNaF series has been implementing multiple endings into the games, depending on how the games are played. The newest entry in the series, Freddy Fazbear’s Pizzeria Simulator, is no exception. Funnily enough, there exists an ending for doing pretty much nothing in the game.

To achieve what I am unofficially calling the Mediocrity Ending, you need to get through all six days of Freddy Fazbear’s Pizzeria Simulator with your restaurant having a Freddy Faz-Rating of zero. This means that you can’t place any items in your restaurant at all. I’m not entirely sure if you get points just for buying items or not, but since you won’t be using any items, don’t even buy anything. Just get through the days during the actual gameplay sections and remain completely negligent of your restaurant during the tycoon sections.

Also, discard all the animatronics you have the option to salvage. I don’t know if you get points for salvaging them or not, but this ending can be attained without salvaging any of them, and since the game is much easier to play without the threat of killer animatronics during the gameplay sections, you might as well just throw all of them away when given the option. Apparently, it’s possible for some of these animatronics to sneak into your restaurant anyway, at which point you’ll have to deal with them during gameplay, but your Rating won’t go up, so you don’t have to worry about that. I’m not entirely sure why animatronics are able to get in if you toss them and aren’t buying any discounted items; my suspicion is that your restaurant’s security is proportional to your Health & Safety stat (which is why buying things like Security Doors increases Health & Safety), so since your Health & Safety stat will be zero from not buying anything, animatronics can get in without having to get past any of the security measures you don’t have. But that’s just a theory… Also, since there’s the possibility of unwanted animatronics running amok, you may face a lawsuit or two if any of these animatronics attack kids. Make sure you have enough money to deal with these lawsuits (which shouldn’t be a problem, since you’re not spending money on anything else anyway) or else you might get the Bankruptcy Ending instead.

Anyway, get through all six days without doing anything for your restaurant and you will be rewarded with a unique cutscene in which it is explained that it is impressive how far you’ve been able to get doing the bare minimum required, but that you are still fired. You will then receive a Certificate of Mediocrity, which will be proudly displayed on the game’s menu screen.