How to Get Sully’s Seaplane Glider in Fortnite 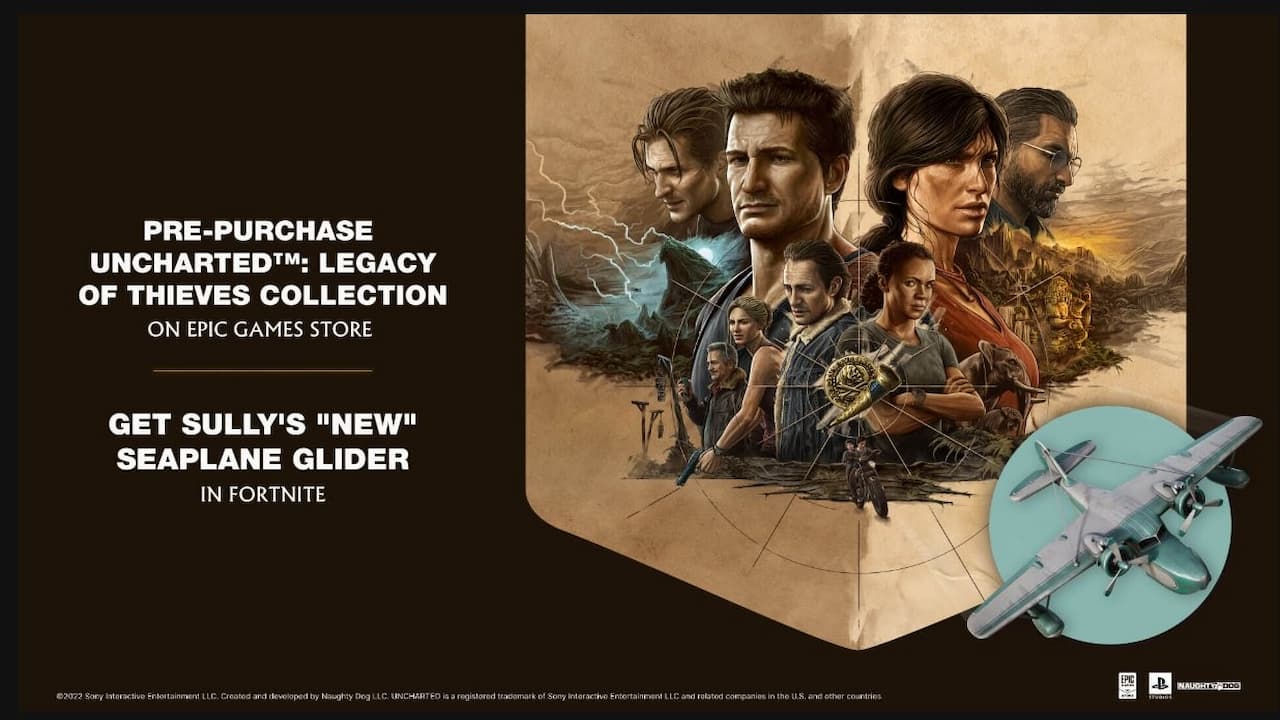 When it comes to collaboration, no company does it better than Epic Games. Thanks to the company, Fortnite has seen an endless list of collaborations, with cosmetic items corresponding to multiple games, TV shows, and movies coming to the battle royale. Although the collaboration with Uncharted has already occurred, we will be getting a brand new cosmetic in the form of Sully’s Seaplane Glider.

As mentioned in several posts seen on Twitter, if you manage to pre-order the Unchartered: Legacy of Thieves collection, you will receive Sully’s Seaplane Glider as a reward. Here are some of the other details that you need to know about this collaboration.

Can you get the Sully’s Seaplane Glider in Fortnite for free?

UNCHARTED: Legacy of Thieves Collection will release on PC on Oct 19th according to EGS. Preorders on EGS will get a Fortnite glider in the shape of Sully's seaplane https://t.co/O1JRMM1MhE

The game is slated for Steam as well pic.twitter.com/1IVwTa1Yyo

The answer to this question is both yes, and no. As mentioned above, to get Sully’s Seaplane Glider in Fortnite for free, you will have to pre-order the Uncharted: Legacy of Thieves collection on the Epic Games Store. According to the information seen in the posts, Sully’s Seaplane Glider should be added to your Fortnite inventories the moment you pre-order the collection on the Epic Games Store.

While you don’t have to spend additional money on the glider, you will have to purchase the Uncharted: Legacy of Thieves collection on the Epic Games Store. At the time of writing this article, you cannot pre-order the collection just yet. However, if the posts on Twitter are accurate, pre-orders for the Uncharted: Legacy of Thieves collection should go live sometime in the month of September itself.

But don’t worry, you will still be able to get your hands on Sully’s Seaplane Glider if you don’t pre-order the collection, but that will involve some waiting. This cosmetic is expected to live in the Fortnite item shop on November 17. Once it hits the stores, you will be able to purchase it for V-Bucks. The price hasn’t been revealed yet, but it shouldn’t be priced higher than 1,200 V-Bucks. There is a high chance that the other Uncharted cosmetics will return to the Fortnite item shop on that date as well. There is also a chance that Drake’s treasure maps could return to the game as well.

These treasure maps could be found all over the island, and if you followed the directions correctly, they would lead you to the treasure. You would find some really good loot inside these treasure chests, provided you were able to get to it in one piece. It will be interesting to see this feature return because this was one of the guaranteed ways in which you could get some really good loot in Fortnite.

Fortnite is available at this very moment and can be played for free on the following platforms: PlayStation 5, PlayStation 4, Xbox Series X/S, Nintendo Switch, IOS, Android, and PC.