How to Get the Adaptation Mod in Warframe

To top off your tank builds. Adaptation is a must-have mod in Warframe, especially if you’re trying to make a tank build for a frame like Nidus, Inaros, or Atlas. It works well even on those who are considered “squishy”. It’s a bit tough to get, especially with how far into the endgame you must go to get it. So here’s how you can get your hands on the Adaptation Mod in Warframe.

How to Get Adaptation in Warframe

Adaptation is a mod that can only be obtained through the Arbitration mode. These are hourly alerts that are unlocked once you have cleared every node in the Star Chart. This includes Deimos missions, the Kuva Fortress, the recently added Zariman Ten Zero, and the Jupiter Ropalolyst fight.

Each Arbitration mission will be an endless mission, meaning you have to play an Excavation, Defense, Disruption, Defection, or Survival mode. Obviously, Survival and Excavation are the easier modes to play, especially for solo players. Adaptation is an extremely rare reward for every A and B rotation, but the rotations are different for this particular mode.

Contrary to the typical Warframe A-A-B-C reward rotations, Arbitrations go by an A-A-B-B-C-C pattern. After the sixth reward, C, all rotations after will be C exclusively. This means that if you are trying to get any A or B rewards, you should extract after the fourth reward. 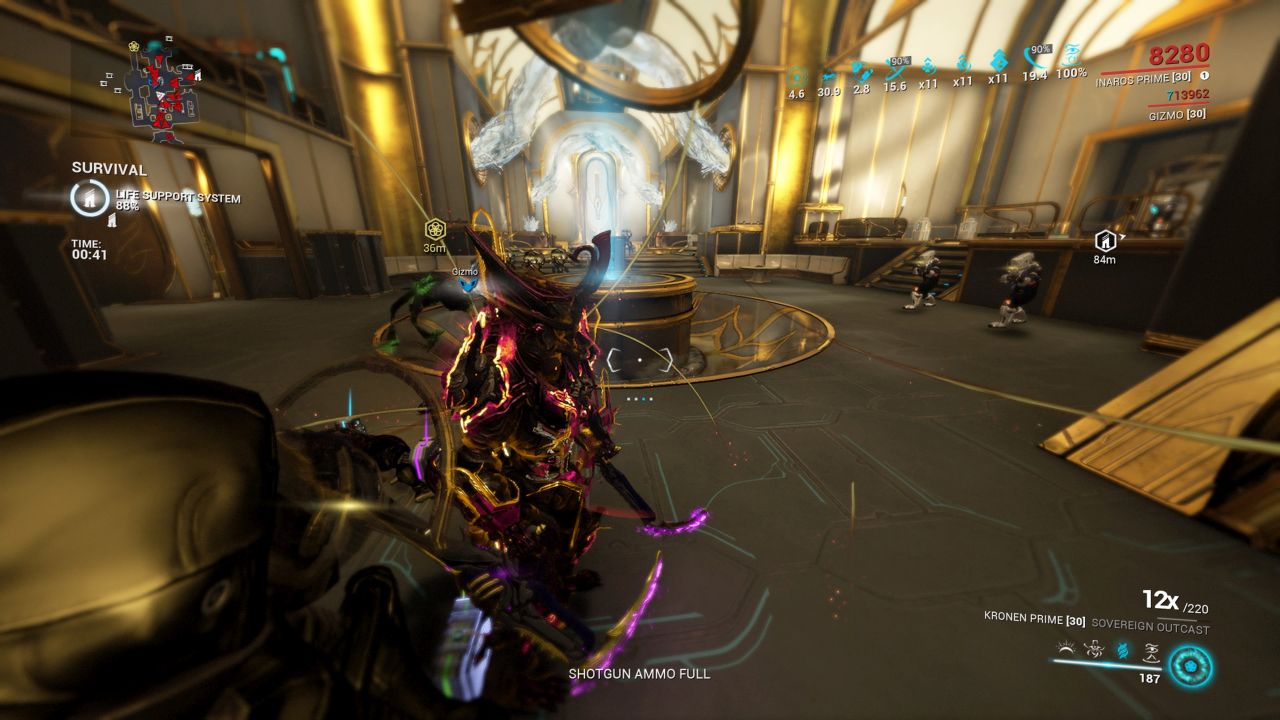 The fourth reward is after Wave 20 on Defense, 20 minutes in Survival, 8 successful digs in Excavation, 8 squads in Defection, or 4 rounds of Disruption. After that, Adaptation is no longer obtainable since it isn’t part of C rotation drops.

Drop rates for the mod are EXTREMELY low, so you will be grinding these missions for a long time. If you don’t want to do that, you can always buy the mod from someone in the trade chat.

A quick tip on bartering with randoms online, do not buy Adaptation for more than 25 platinum. Even 25 is pushing it. Despite it being a really rare mod, people have farmed it for a long time, meaning there is more quantity. Demand has stayed relatively the same, so prices will definitely be lower than when the mod was first released.

It’s always better to buy an unranked mod, even if it’ll require a bunch of Endo and Credits to max out. Those two things are so easy to accumulate by playing the game since there is no RNG that will determine how much you’ll get.