How to Play as Super Sonic in Sonic Origins

Our three heroes can go beyond their current powers. 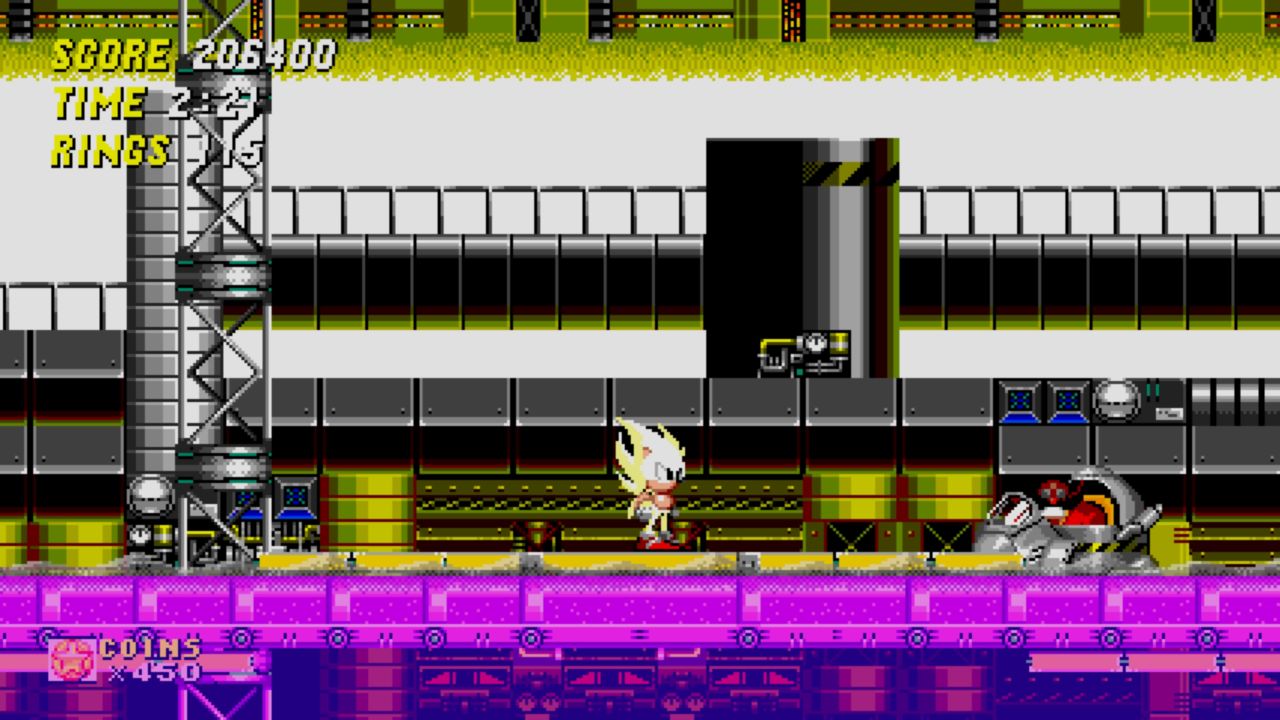 For all people who know Sonic the Hedgehog in any fashion, you know that there’s a version of him that surpasses his abilities, Super Form. He is faster, stronger, and basically invincible. Here is how you can play as Super Sonic in Sonic Origins.

How to Play as Super Sonic in Sonic Origins

In order to play as Sonic’s stronger form, you’ll need to collect all seven Chaos Emeralds. Unfortunately, you can only change into this form while playing Sonic the Hedgehog 2 and 3 (+ Knuckles). Super Sonic didn’t become a legitimately playable character until the second game, meaning that he won’t be playable in half of the games in this compilation.

In terms of being legitimately playable, you can get Super Sonic in the first game, but only through cheats. He can’t be obtained through normal gameplay.

Once you get all the Emeralds, you have to then collect a minimum of 50 rings, press jump, then Triangle (Y on Xbox, X on Switch) mid-air. Your character will then transform, changing the current song into the Super form song. Note that your ring count drops by 1 every second. Should you run out of rings or complete a level, the Super effect wears off. You are also still prone to dying by running out of time, getting squished, drowning, or falling out of a level. 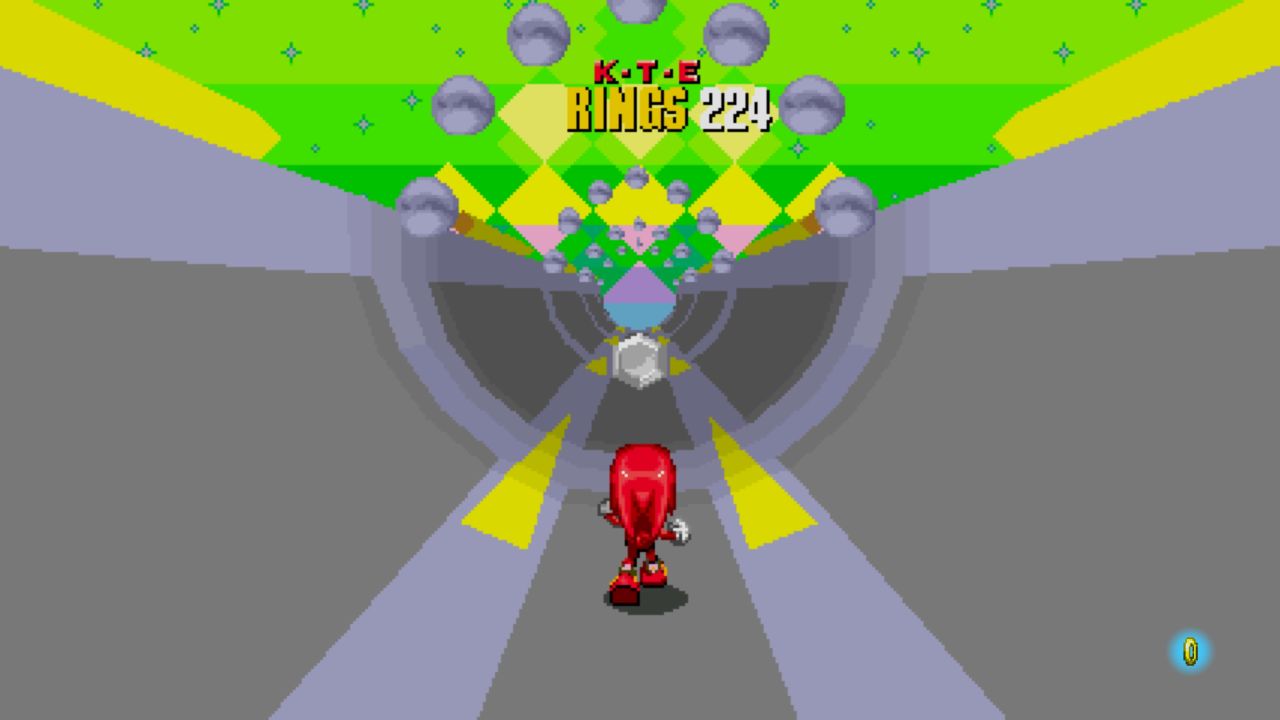 In any case, this is what you need to know about Super Sonic.

In Sonic the Hedgehog 2, you will be able to collect Chaos Emeralds at each checkpoint. However, you’ll need to have at least 50 rings on hand while hitting a checkpoint. If you hit one with 50 rings, stars will emit from the post where you will then need to jump into them.

You’ll be transported into this endless half-pipe level where you have to collect X number of rings before hitting a checkpoint. If you manage to collect enough rings at each checkpoint three times, you’ll be rewarded a Chaos Emerald. There are 7 in total for this game, with each of these stages getting progressively more difficult. 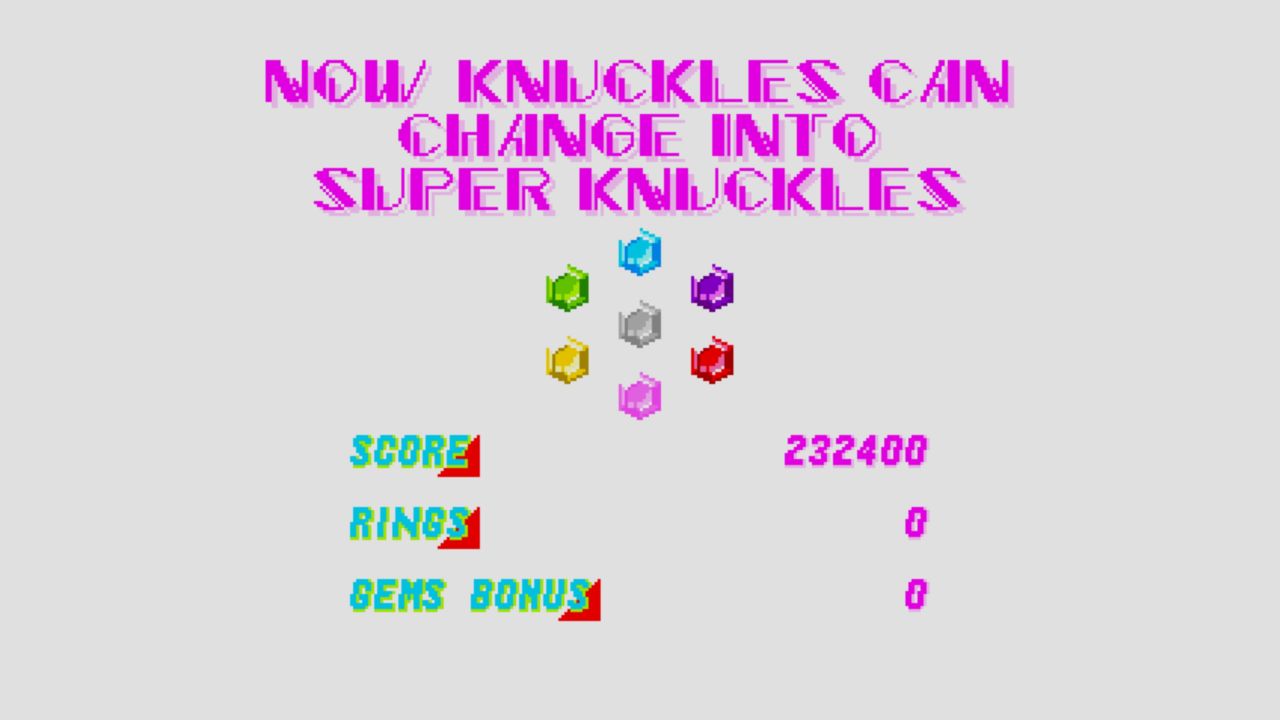 If you are on Anniversary Mode, you can retry a special stage using Coins if you fail it, allowing you to theoretically obtain all seven as early as Chemical Plant (if you manage to find a total of seven checkpoints between Emerald Hill and Chemical Plant).

Tails and Knuckles can also become Super if you chose them for your playthrough. They’re also invincible, way faster, and can trivialize a majority of the levels.

In Sonic the Hedgehog 3 and Knuckles, you will have to explore each level to find the Giant Rings. Touching a Giant Ring will transport you into the game’s version of the Special Stage called Blue Spheres mode. All you need to do is collect all the blue spheres without touching any red ones. Once you do, you’ll earn a Chaos Emerald! 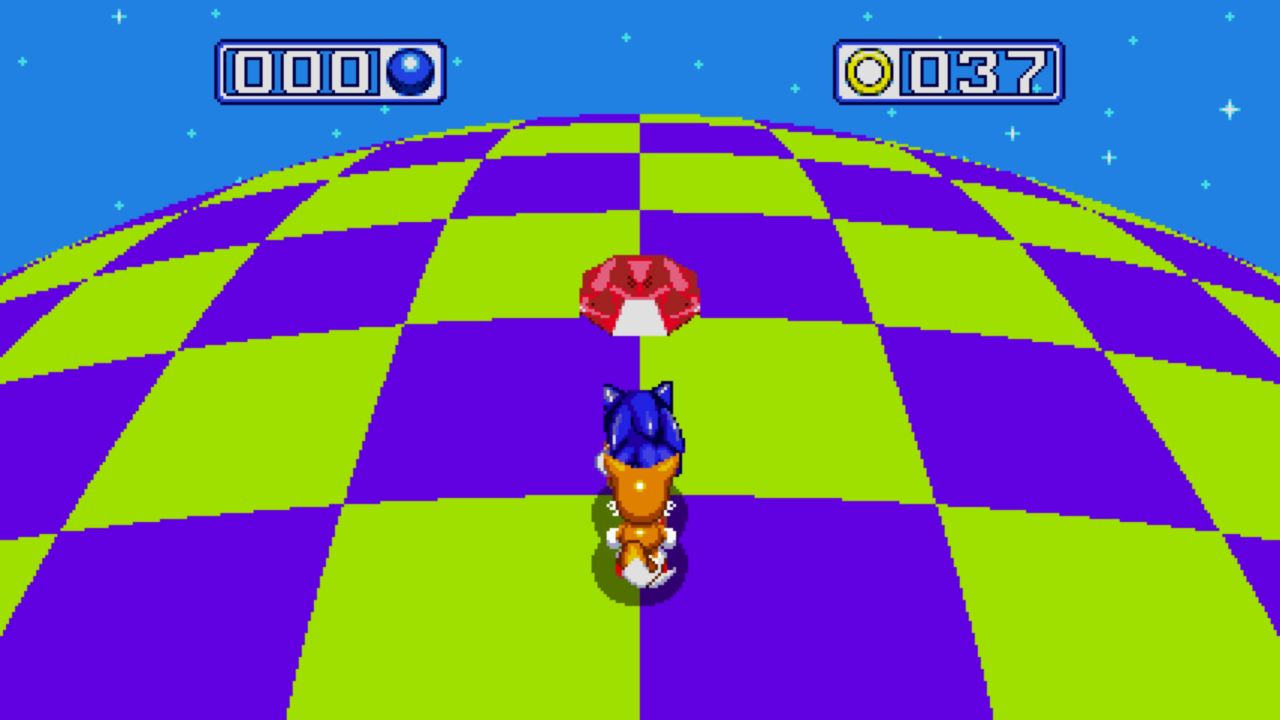 How to Get Hyper Sonic, Knuckles, and Tails

Once you get all Chaos Emeralds, you can then turn Super, given you have 50 rings on hand. However, if you collect all Emeralds and then get to Mushroom Hill, they’ll be relinquished from your grasp to the Hidden Palace which can be accessed via rainbow Special Rings.

You can no longer be Super, and there will be seven new Special Stages that you have to complete by touching a grey Chaos Emerald. Jumping on top of one will beam you into harder versions of the Blue Sphere stages. Upon completing one, you’ll restore the power to a Super Emerald. 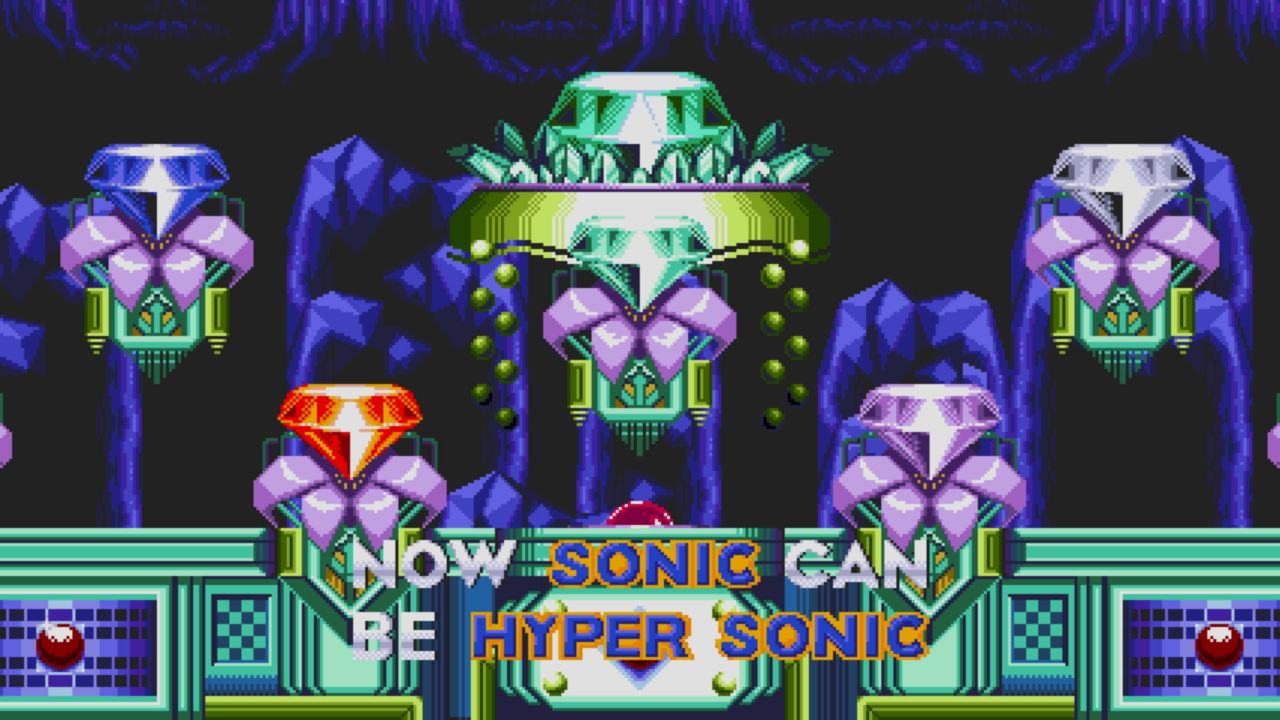 Once you restore power to all seven Super Emeralds, you can then become Hyper Sonic. The mechanic works similarly, but now you’ll be glowing rainbow and have stars surrounding you like an invincibility power-up. You can also become Hyper as Tails or Knuckles.

Sonic gains the ability to perform a second jfump or a mid-air dash depending on which way you point him upon activating it. Hyper Tails acts mostly the same, but now has a flock of Flickies who now follow him and can attack enemies and bosses. Hyper Knuckles acts mostly the same, but now performs an earthquake attack when he glides to a wall. All enemies on screen are defeated when he activates an earthquake. 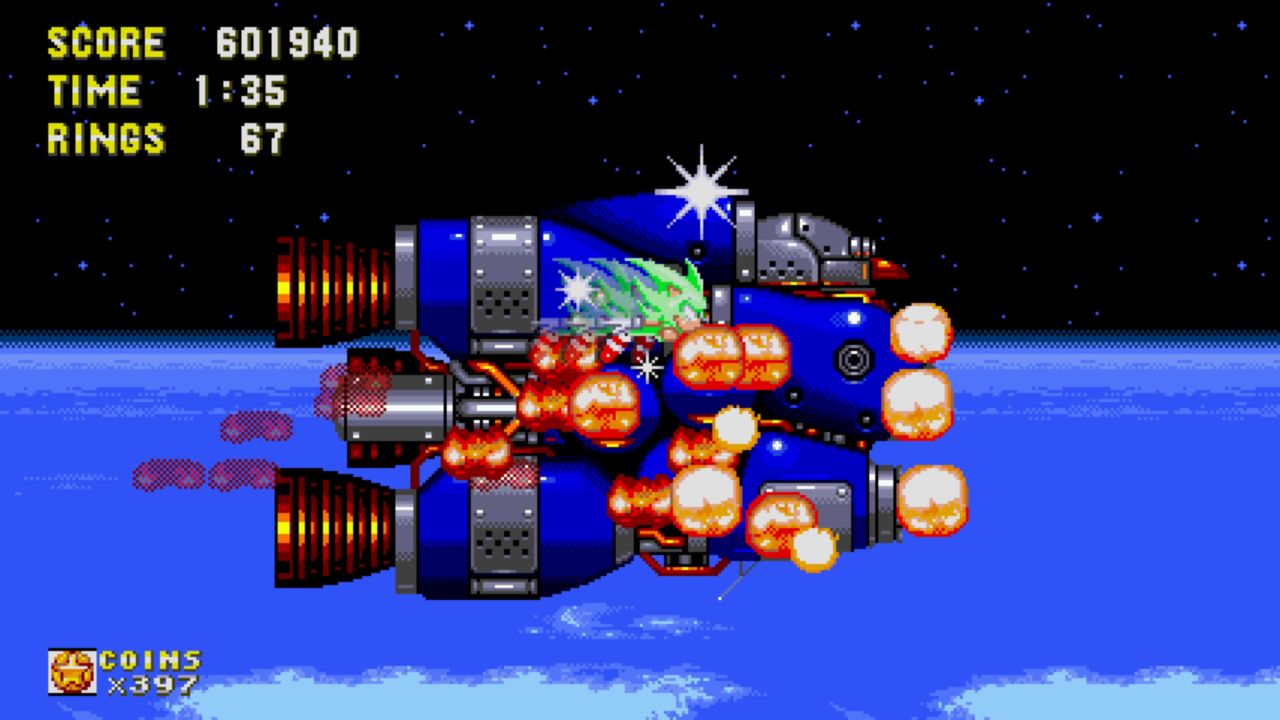 For Sonic specifically, getting all Emeralds, whether normally or in their Super form, will unlock the true final zone, “Doomsday Zone”. Tails’ story mode ends at the Death Egg zone and Knuckles’ ends at Sky Sanctuary against Mecha Sonic/ Super Mecha Sonic. Only Hyper modes of the characters are available in Sonic 3 & Knuckles. Super only exists in Sonic 2 for Sonic Origins.