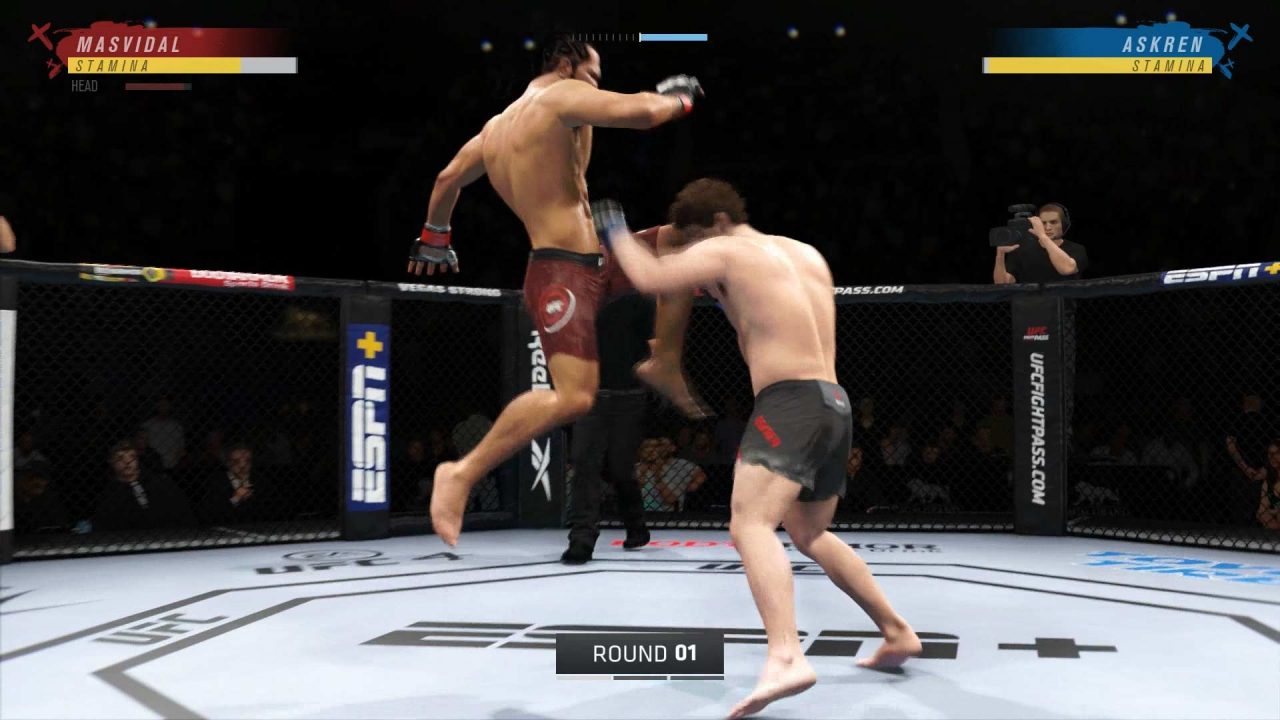 To run in UFC you simply need to tap the left stick towards the opponent twice and then hold it towards them.  This will initiate the run.

Ok now that you know how to run you can modify that to be a little more deadly with the flying knee.

UFC 4 How to do Flying Knee

The flying knee as seen above can be done by first starting the running motion and then pressing the RT + A or B button (R2 + X or O or PlayStation).

If you want to swap those out for running punches you can do so by using the X or Y button instead of A and B buttons.  (This would be RT + X or Y on Xbox) R2 + Square or Triangle on PlayStation.

The thing you need to remember about running in UFC 4 is that you need some space to do it.  The Octagon isn’t a big place so the best time to close the distance is when fighters are separated or at the start of a round.