How To Unlock All Tools And Styles In Super Mario Maker

The latest news in the world of video games at Attack of the Fanboy
September 11th, 2015 by Dean James 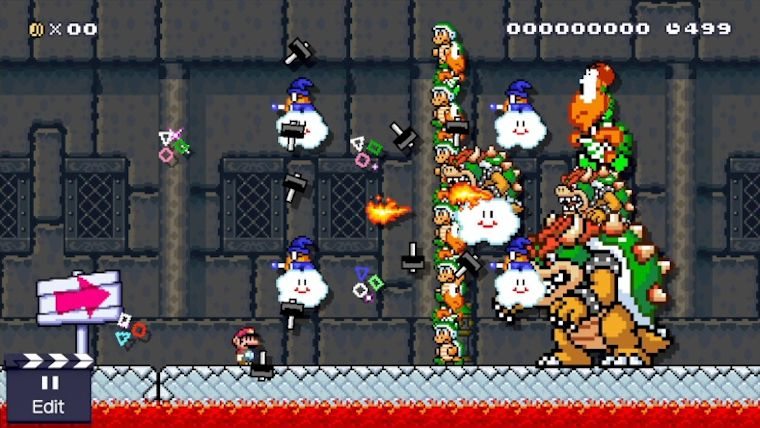 Today is a pretty big release date for Nintendo with Super Mario Maker releasing alongside a number of new amiibo. As announced last month, you will not have access to all tools or styles at the very start of the game, so we thought we’d help you out with that for those buying the game.

This actually would have been a very different article if not for a last minute decision by Nintendo. Originally, Nintendo had a nine day plan where players got new content each day for nine days, as long as you had five minutes of gameplay each day. This is how the review version was and wasn’t a major hindrance, but kind of a bad decision, even if you could manipulate the Wii U’s system clock to get them quicker.

Luckily, Nintendo changed their mind at the last second and has put out a day one patch that has changed the way you get them. These extra tools and sets are still given to you with a staggered approach, but in much quicker fashion. The following image shows how the originally release schedule was, just now you can get them faster. 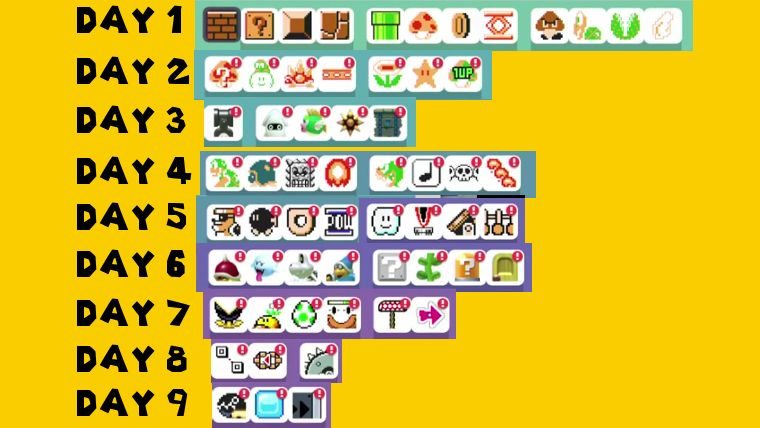 We technically don’t know a specific time frame here, but we have some advice on how to get them to unlock. After starting up the game, open the creator and make sure to mess around with every single available tool. At this point, start placing blocks and everything for a little while. Before long, you should get a message saying your delivery came early.

You can keep doing this, with reports on NeoGAF that the number of blocks you put down is one of the deciding factors for how soon it comes to you. If you aren’t getting the new items, just keep playing and you should be getting it. This isn’t an exact science, so just make sure you try all tools and keep playing.

On top of the creator sets, there are also a ton of costumes for you to unlock in Super Mario Maker to use with the Mystery Mushroom in the Super Mario Bros. setup. Many of these can be unlocked by using your amiibo, but those and many others beyond that can also be unlocked through completing the 100 Mario Challenge multiple times.

This should hopefully help you towards unlocking the full potential of Super Mario Maker and get you on your way to making your own fantastic stages.