How To Unlock Casey Jones in TMNT: Shredders Revenge

Find out how to get Casey Jones in Shredders Revenge! 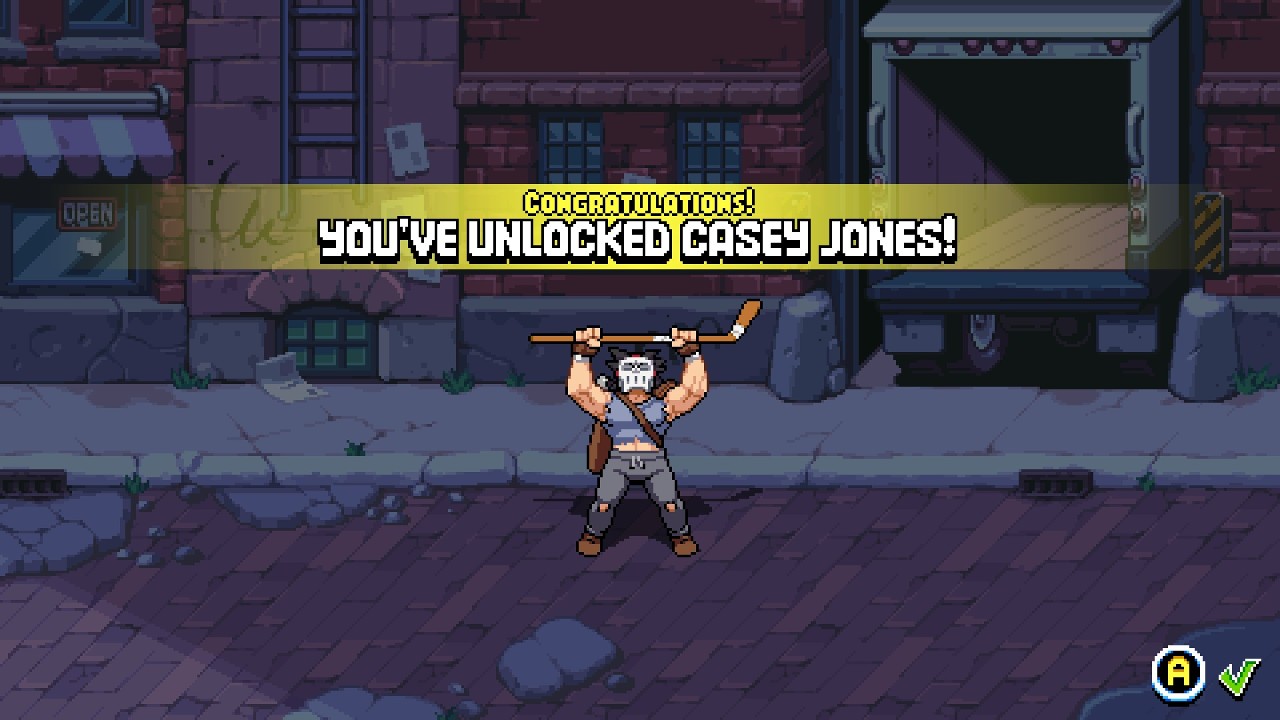 If you’ve been keeping up with the news about Teenage Mutant Ninja Turtles: Shredders Revenge, you’ll be happy to know that you’ll be able to play as everybody’s favorite sports nut, Casey Jones. You’ll be able to utilize not only his signature hockey stick but plenty of other sports-themed weaponry and attacks, giving you one of the best characters to use in the game.

However, he is not unlocked from the start, and you’ll need to do a little bit of work to get your hands on this character. Here’s how you unlock Casey Jones in Shredders Revenge!

If you’re looking to unleash the pain with Casey Jones, you’re going to need to make your way through the Story Mode that the game has to offer. It doesn’t matter how you do this, be it with one character, or playing co-op with up to 5 other players. It doesn’t matter which difficulty option you select, either. You’ll be able to breeze through the story mode in Chill Mode to make your way to the end to get your hands on Casey Jones, and it’s worth every second of your time.

Not only is the story mode light and fun, but you’ll also find that Casey Jones is all-around an amazing character to use in the game. With 3-stars in Range and 2-stars in Speed and Power, you’ll be able to inflict massive damage wherever you are when you bring the fight to the FOOT Clan using Casey. Using his trademark hockey stick as his weapon for most attacks, you’ll be able to uppercut your foes into the air, smack them down with dual baseball bats, slide into home base with your slide attack, and use your dual bats to create a forcefield that causes great knockback damage when you unleash his Special Attack.

It doesn’t hurt to give the game another playthrough after finishing it the first time, to make sure that you’ve collected all of the collectibles scattered around the stages, and to experience the killer soundtrack again. Or, give it a try on Arcade mode to relive your glory days like it’s 1991 all over again.

Attack of the Fanboy / GAME GUIDES / How To Unlock Casey Jones in TMNT: Shredders Revenge