Create, and You Will Be Rewarded. 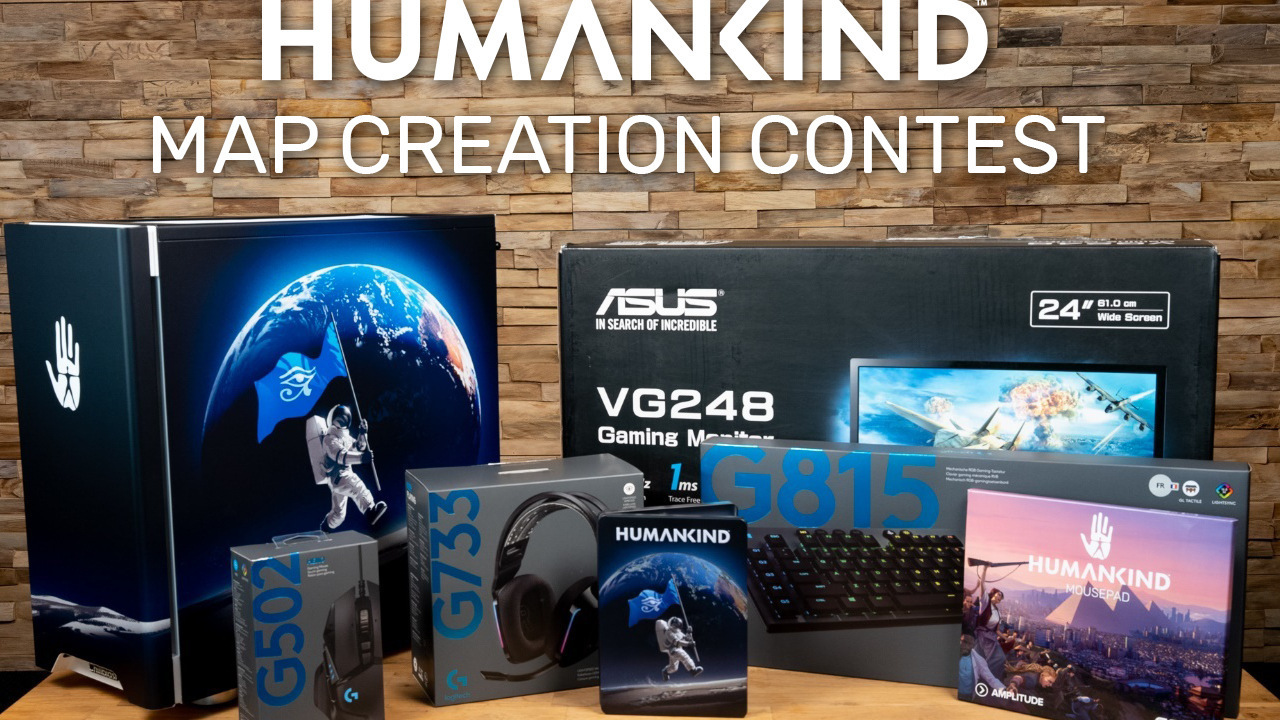 Amplitude has just announced a brand new Map Creation contest for its newest game “HUMANKIND” with a brand new and unique Gaming PC as the biggest prize. The contest is open to all with certain terms and conditions, and you will be able to submit your own map until Monday, September 6th.

Players will be free to submit as many maps as they wish to, however, the maps submitted have to be made with HUMANKIND in-game map editor, and the maps must be made especially for this contest.

The Amplitude team will select the best 10 maps and reveal the winners on September 16th over at their official Twitch Channel. The top prize will include a One-Of-A-Kind Custom HUMANKIND Intel PC with Nvidia Geforce RTX 2080 8GB GDDR6 , 16Gb DDR4 2400Mhz RAM, and Intel Core i9-9900k CPU 3.6 – 5.0Ghz . For a full list of prizes, head on over to the official contest announcement.

Other conditions in order to qualify for the competition, you must be at least 18 years old if in Europe, or at least 13 years old with parental consent. The entries are also limited to a number of countries including the USA, Canada, Germany, Italy, Netherlands, France, UK, and more European countries. For a full list of countries, head on over to the official contest announcement.

Lost or new players who want to take part in the contest are more than welcome to try out the official HUMANKIND Map Editor’s Manual.

In order for your map to qualify for the contest, make sure to follow these rules as per the announcement:-

In case your map wasn’t deemed as one of the best 10 by the Amplitude team, don’t fret, you will still have a chance to win some cool prizes. Amplitude will have an additional prize for the map with the most community subscriptions. Players will also be able to win both one of the Main prizes, as well as the community choice prize.

HUMANKIND is a turn-based strategy game where players get to re-write the entire narrative of human history, the game is available now for PC and Google Stadia