Is Skyrim Anniversary Edition Worth It? All Major Changes and Differences

Ready to relive the magic, Dragonborn? 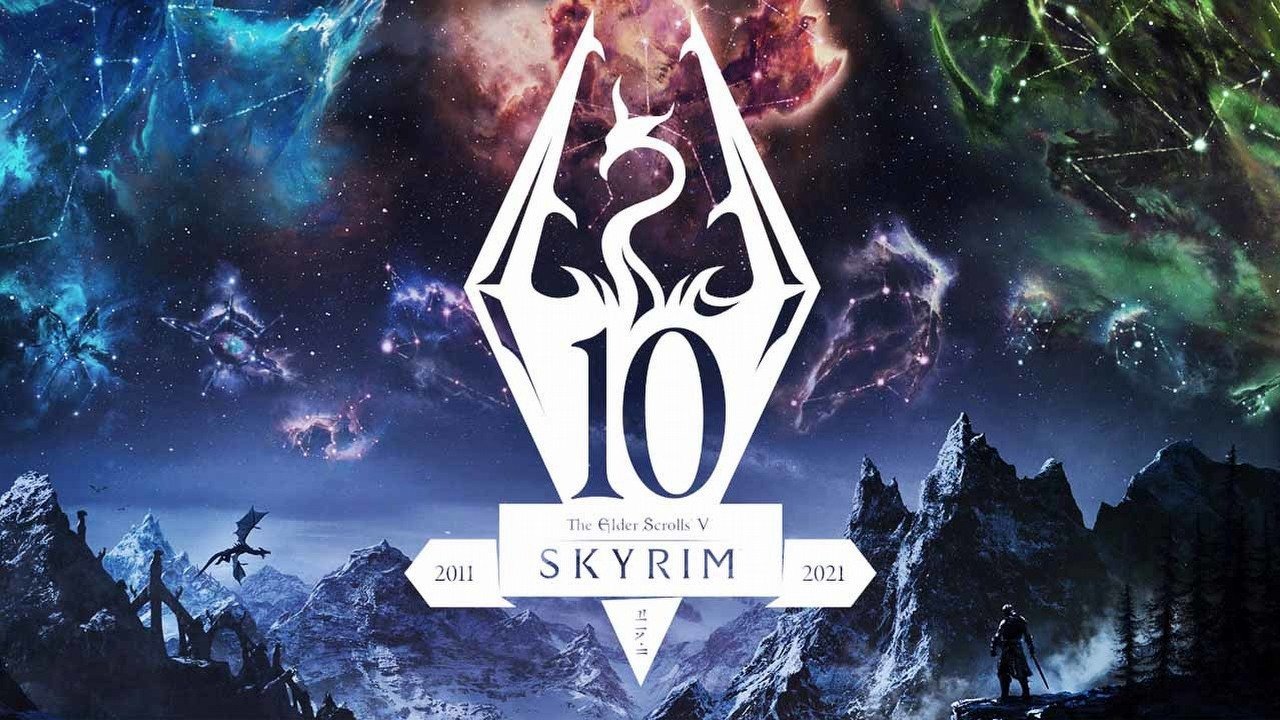 The Elder Scrolls V: Skyrim Anniversary Edition: is it worth it? Skyrim was released ten years ago. Feel old yet? A lot has happened in those 10 years, and that goes for Skyrim content as well. If in 2011, you thought you’d seen all Skyrim had to offer after entering Sovngarde and killing Alduin, 2021 you has another thing coming. Whether you already own a copy of Skyrim and are looking for more or always wanted to try Skyrim but never had the opportunity, the Skyrim Anniversary Edition wraps loads of content from the past 10 years and delivers it to a new generation of gamers.

Skyrim has been released 7 times and is available on practically every console under the sun. The question of “is this new anniversary edition worth it?” is more than a fair one. I’ve probably bought Skyrim 3 times; what could possibly be in this new release that I don’t already have? Here are all the major changes and differences to expect.

Right off the bat, you must know that for owners of Skyrim Special Edition, the latest release of Skyrim, Skyrim Anniversary Edition is an optional upgrade for any platform. This upgrade will include all of the updates to the core game, like graphics upgrades and the exciting new addition of fishing. Every game must have fishing. 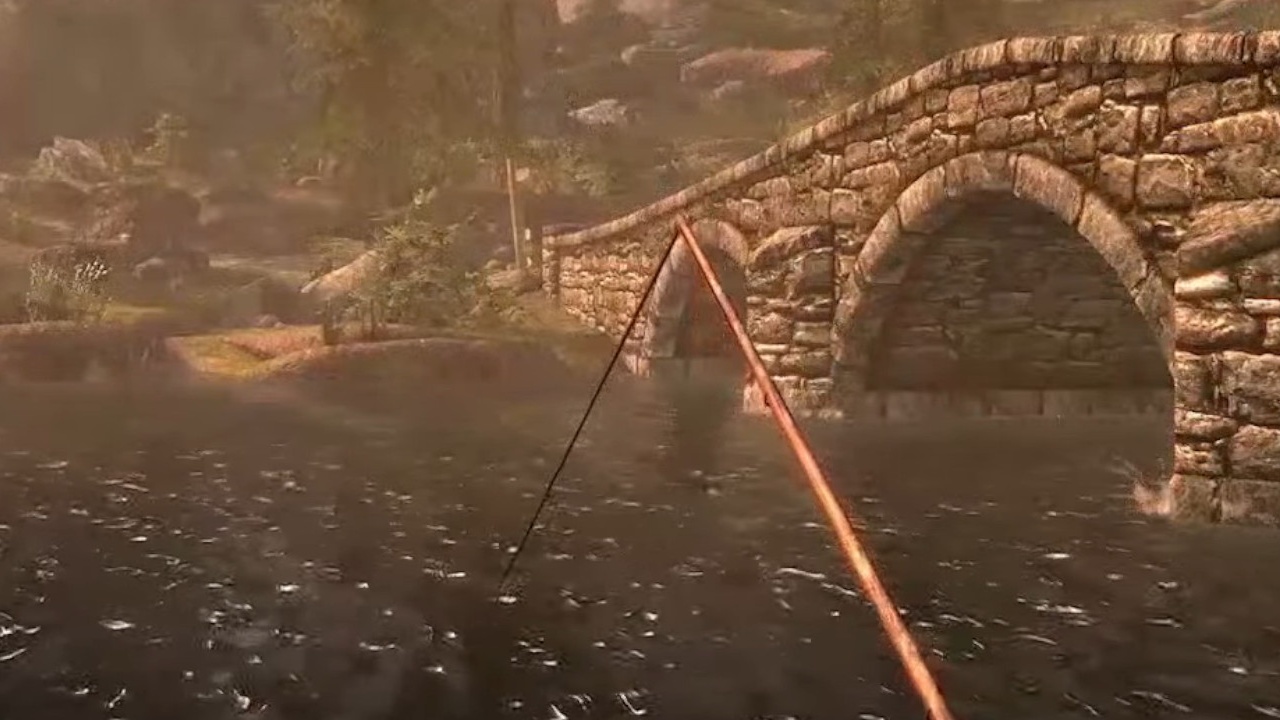 Plus, the next-gen update will be absolutely free for PlayStation 4 to 5 and Xbox One to Series X|S. If owners of Skyrim Special Edition want all of the add-on content within Skyrim Anniversary Edition, there will be a currently unknown price associated with it. Our guess is somewhere along the lines of $39.99, as that is the target most remasters are aimed at these days.

Core Game and All DLC

With that out of the way, for all non-Skyrim owners looking for the perfect entry into the series, look no further. For starters, players will obviously have access to the entirety of Skyrim. Climbing to The Throat of the World, joining the College of Winterhold, or collecting every Dragon Priest mask are all things that await new Skyrim players. 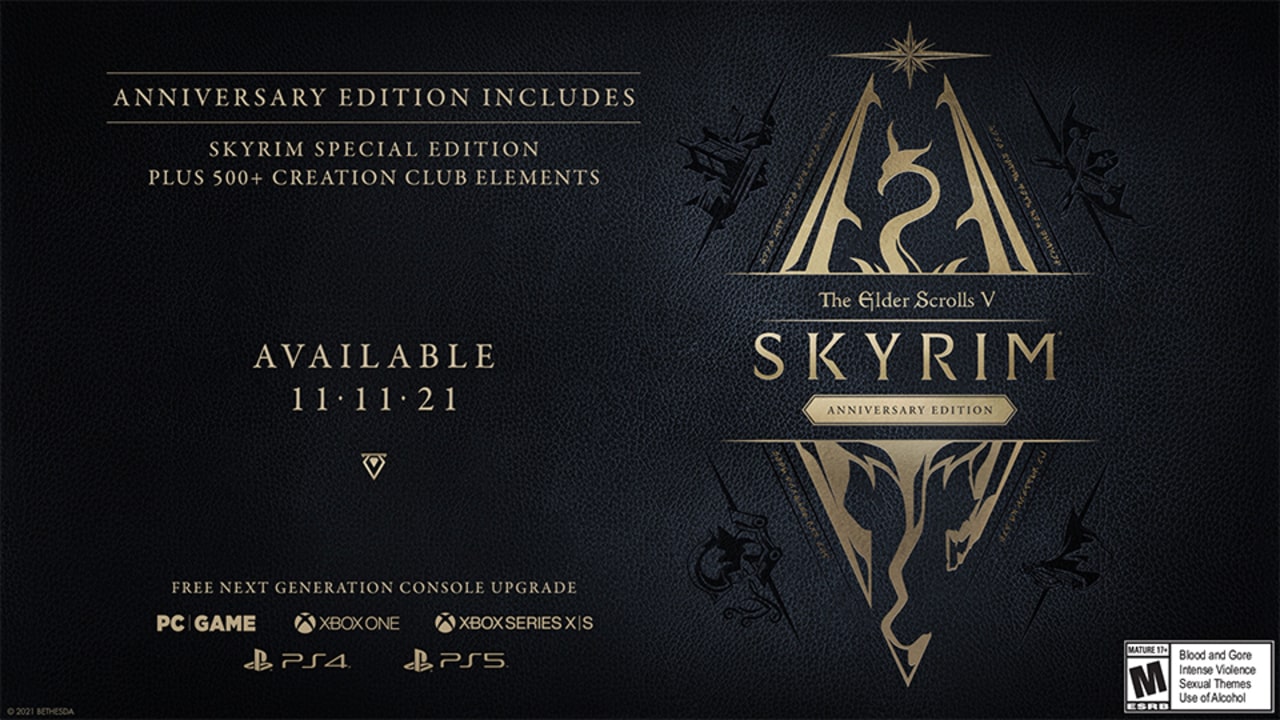 Also, players will have access to every Skyrim DLC. This includes Dragonborn, Dawnguard, and Hearthfire, which all together add about 30 extra hours of gameplay to a 40+ hour game. These DLCs add entirely new areas to explore, new exciting quests, vampirism, and the ability to make your own home, along with so much more. If you’ve played through the original game of Skyrim and haven’t had a chance to play the DLC’s, then this is as good of a reason as any to do so.

The other major addition to Skyrim: Anniversary Edition is 74 Creation Club Mods. Creation Club is the Bethesda-approved mods that officially get added to the game. These mods are available not only for PC but for consoles as well. Though many, many mods exist for Skyrim, most Creation Club mods cost credits. 48 of these mods are free and already available to Special Edition owners. With Anniversary Edition, players can expect those 48 free mods with the addition of 26 yet-to-be-announced new mods.

Some of the best existing Creation Club mods include new weapons, armor, spells, dungeons, bosses, and quests. There is even a Survival Mode mod that grants an additional challenge for players looking to test their mettle. There are over 500 special pieces that Creation Club mods have added to the game, making it even bigger and more fun.

Is Skyrim Anniversary Edition Worth It? If you are even remotely curious about Skyrim, never played it and want to, or lost your previous Skyrim discs, then there is no better release than Skyrim Anniversary Edition. To summarize everything stated previously, you will be receiving the best version of the entire core game, all the DLC expansions, and 74 Creation Club mods. A deal worth well over $120, I’d say that Skyrim Anniversary Edition is worth it for you.

Though not much is really being added to Skyrim Anniversary Edition, new fans can finally get their hands on one of the greatest RPG adventures ever created. With oodles of content for fans to feast on, as well as constant content readily available through Creation Club, hopefully, another Skyrim game won’t ever have to come out. As our eyes are set to Elder Scrolls VI and Bethesda’s newest IP Starfield, set to release this time next year, players can revel in this last love letter to Skyrim and continue to enjoy it for many years to come.

The Elders Scrolls V: Skyrim Anniversary Edition will be available on November 11, 2021, on PlayStation 5, PlayStation 4, Xbox Series X and S, Xbox One, Nintendo Switch, and PC.

Home / GAME GUIDES / Is Skyrim Anniversary Edition Worth It? All Major Changes and Differences