Jotun Guide: How to Beat Hagalaz the Storm God 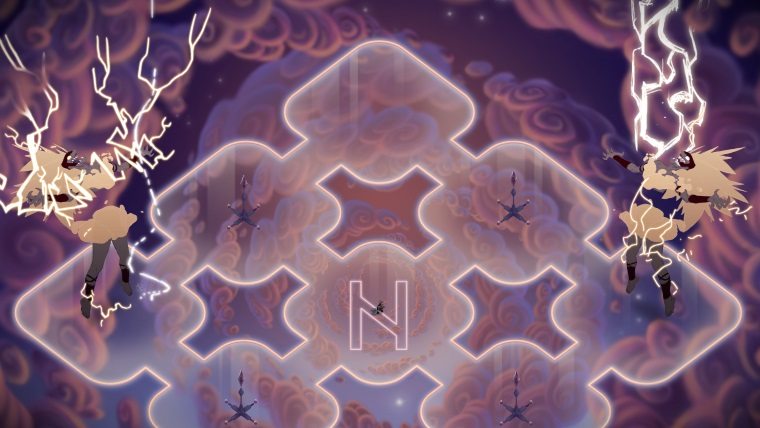 If you play through Jotun in the proper order then Hagalaz is the last boss you have to defeat before heading to the final battle. This means she’s even harder than the ones you’ve fought through before, which should give you pause. However, if you know the patterns and figure out the best strategy then you can take her down, it just might take a couple of tries. Here’s some tips and tricks to take down Hagalaz and finish Jotun once and for all.

Hagalaz is all about lightning and electricity. It’ll be flying around, so avoid it at all costs, but it will also be your main adversary. There are four pillars around the battlefield which you can use to take down Hagalaz. Of course you can just stand underneath her and whale away with the weak attack, but this will take too long and you’ll probably die before you have a chance to take her down.

Hagalaz has two main attacks, a directed electricity beam and lightning. You’ll want to use these to hit the four pillars. The best way to do this is to get near Hagalaz, attacking when you have an opening. Once she starts charging her directed attack, be sure you are standing between her and an unpowered tower. The attack will hit it, powering it up.

If she fires off her lightning attack you’ll have to do some running, avoiding the white circles that signal an incoming strike. Head toward the nearest unpowered tower, moving away as soon as a white circle appears near it. If you can’t roll out of the way of an incoming lightning strike use Heimdall’s Shield if you have it. While you’ll still get blinded, you won’t take the massive damage you would otherwise.

Once all four towers are electrified they’ll cause lightning to hit Hagalaz directly, making her pass out for a bit. You have enough time here to hit her with two strong attacks, or one hit of Thor’s Hammer. Do this over and over till you get to the last half, where things change a bit.

Halfway through the battle Hagalaz will split into two beings. This isn’t a mirage or magic trick, there are actually two of her, which means you can hit either one to deal damage, one of the few good things that happens in Jotun. Target whichever one is easiest to hit, and repeat the strategy above.

It is now even more important that you power up the four towers, because they’ll knock out both versions of Hagalaz when they strike. This gives you a total of four strong attacks on her, if you’re quick enough to get between them.

If the towers are a no-go for some reason, you can actually get one Hagalaz to attack the other with their directed electricity strike. This will knock out the on, but leave the other standing, so if they’ve called lightning down on you, be sure to stay on the move.

Just keep all of this up, electrifying the towers as much as possible, and you’ll soon take down Hagalaz. Good luck!