Killer Klowns From Outer Space: How To Sign Up For PC Beta

Ready to get clown around? Find out how to sign up for the Beta for this upcoming horror game. 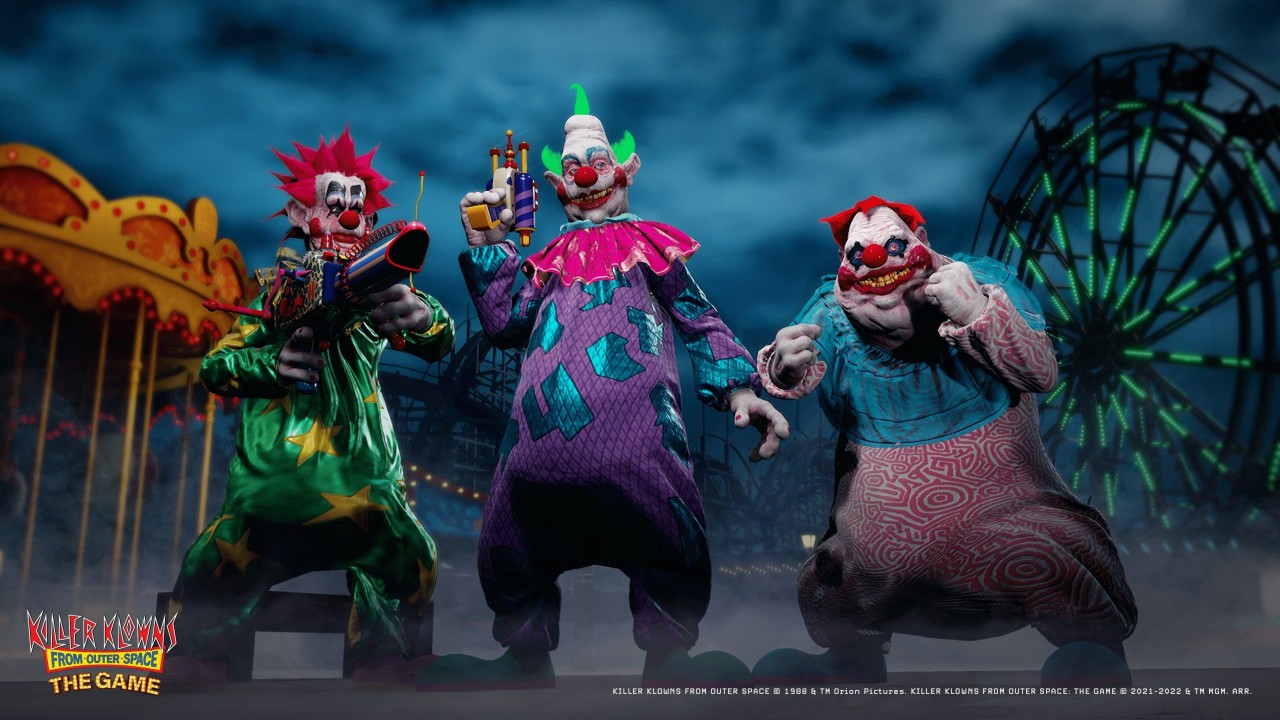 If you’re a fan of cult-classic horror titles, Killer Klowns From Outer Space seems like the perfect type of film to be turned into a game. Thankfully, the developers behind the Friday: The 13th asymmetric multiplayer game thought the same thing and is helping to bring these creepy clowns to your favorite console next year.

However, if you’re looking to get involved before the game releases, you’ll be able to try your luck and get into the closed PC beta test, to see how your favorite horror villains control, and how the game feels to play. How do you go about this, however? Let’s step right up, and see what you’ll need to do to try and get control over your favorite carnivorous carnival clown in Killer Klowns From Outer Space: The Game.

If you’re looking to take these alien clowns for a spin on the PC, you’re going to need to take a few steps first before you can fully realize the powers that they have. You’ll need to make your way under the big top and follow this link to start the sign-up process for this closed Beta test. If you have never had a chance to test a game before it releases, a closed Beta test allows you to give the game a try, but there are only certain people that will be picked to test it out. Unfortunately, there aren’t any ways to sway this in your favor, as it is a luck-of-the-draw situation.

Harvest humans or stop the alien invasion in a new horror game based on the 80s cult classic. The Killer Klowns are back! Sign up for Closed Beta on PC now 👇

Once you have signed up for the Beta test, you’ll need to keep an eye on your email, to see if you have been chosen to don these large rubber shoes and work with your friends to take down the human race. While this will play similarly to other asymmetrical multiplayer games like Dead By Daylight, the unique blend of humor that the film brought to light in the 80s is bound to shine through here. Make sure that you’re ready to join in on the fun if you are selected, and get ready for these clowns to invade your life soon.

Unfortunately, if you are a console player, there has not been any news of a closed beta test for these platforms yet, however, that could change in the future as the game gets closer to completion. There is also no estimated time for when the Beta program does start up, so make sure that you’re keeping your eyes peeled on our site for more information as it comes along. Make sure that you’re joining the official Killer Klowns Discord page to earn an exclusive item in-game when it launches.

Killer Klowns from Outer Space: The Game will be available in 2023 for PlayStation 5, PlayStation 4, Xbox Series X/S, Xbox One, and PC.

Attack of the Fanboy / GAME GUIDES / Killer Klowns From Outer Space: How To Sign Up For PC Beta