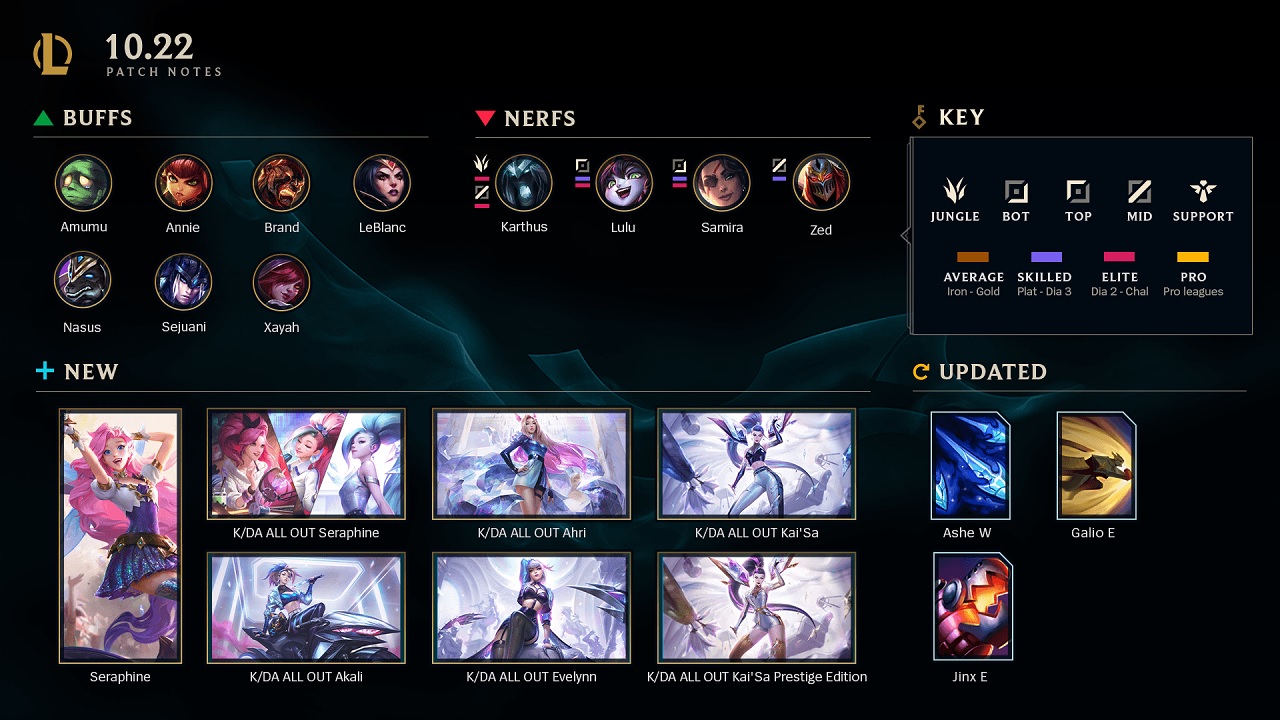 League of Legends has one of the most consistent schedules around when it comes to updates, as the game is continually getting new patches every few weeks. Some patches are definitely bigger than others, with this one being a little lighter ahead of the “heavy-duty” pre-season changes that will be coming in the next patch. Even though it may be light on the changes, it is still very worthwhile as it brings with it the latest champion.

The songstress Seraphine makes her debut in League of Leagues along with some other changes for other chacters in such as part of patch 10.22. The full patch notes can be found on the League of Legends website or read below as well