The Dodongo are looking hungry. 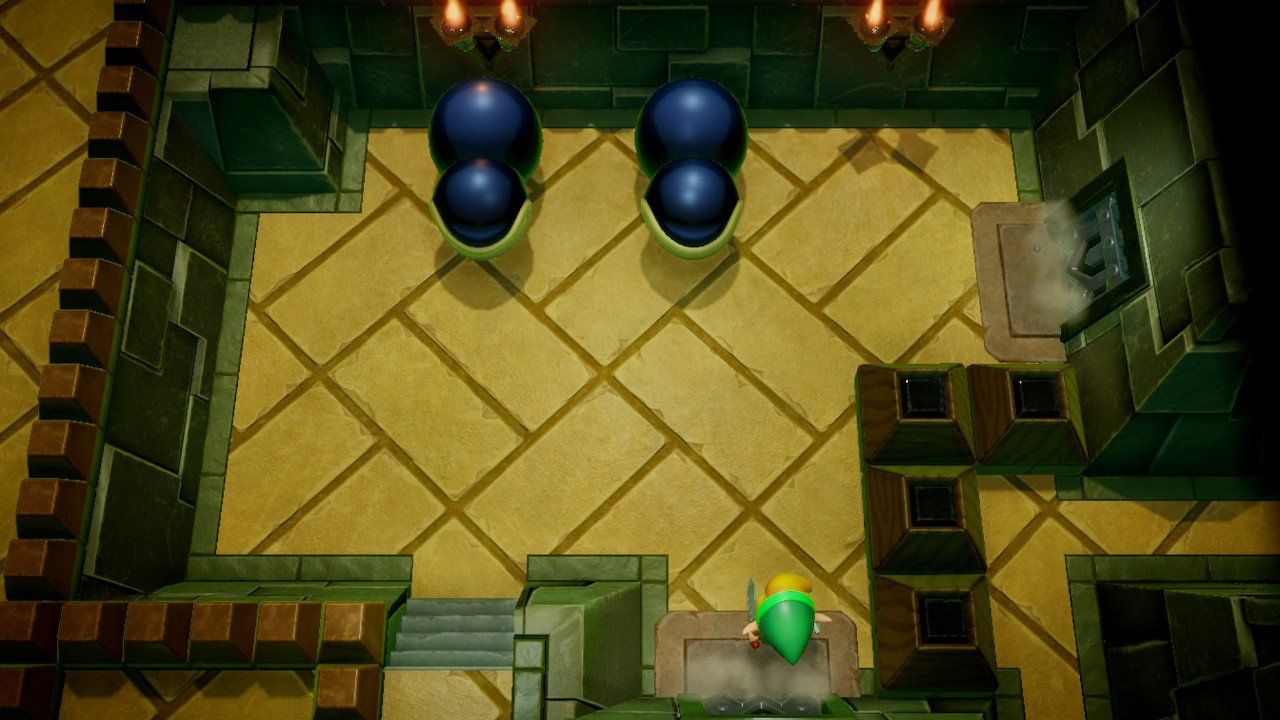 One of the most memorable boss battles in The Legend of Zelda: Ocarina of Time is found in Dodongo’s Cavern with the battle against a big Dodongo, but that was not the first time the enemy graced the series. The Legend of Zelda: Link’s Awakening featured a different form for the enemy known as Dodongo Snakes, which serve as the mini-boss in the game’s third dungeon, Key Cavern.

The dungeon certainly lives up to the name, as you have to make your way through many locked doors by acquiring more keys. Eventually you will find yourself facing off against two Dodongo Snakes at once, with only one method available to take them down.

Just like the Dodongo in Ocarina of Time, the Dodongo Snakes are vulnerable to bombs if they eat them. So the strategy here is to try and place bombs right in front of the mini-bosses when they are about to move to that spot. They often change direction, so you may find yourself wasting bombs in the process. If you do, you can try to pick it back up and place it again.

The Dodongo Snakes do not attack you outright, but they will hurt you if you touch them, which is very easy to do while you’re trying to plant the bombs. Keep doing this a few times for each Dodongo Snake and they will be down rather quickly.