Legend of Zelda: Link’s Awakening – How To Defeat Shielded Enemies

Your sword won't be enough by itself. 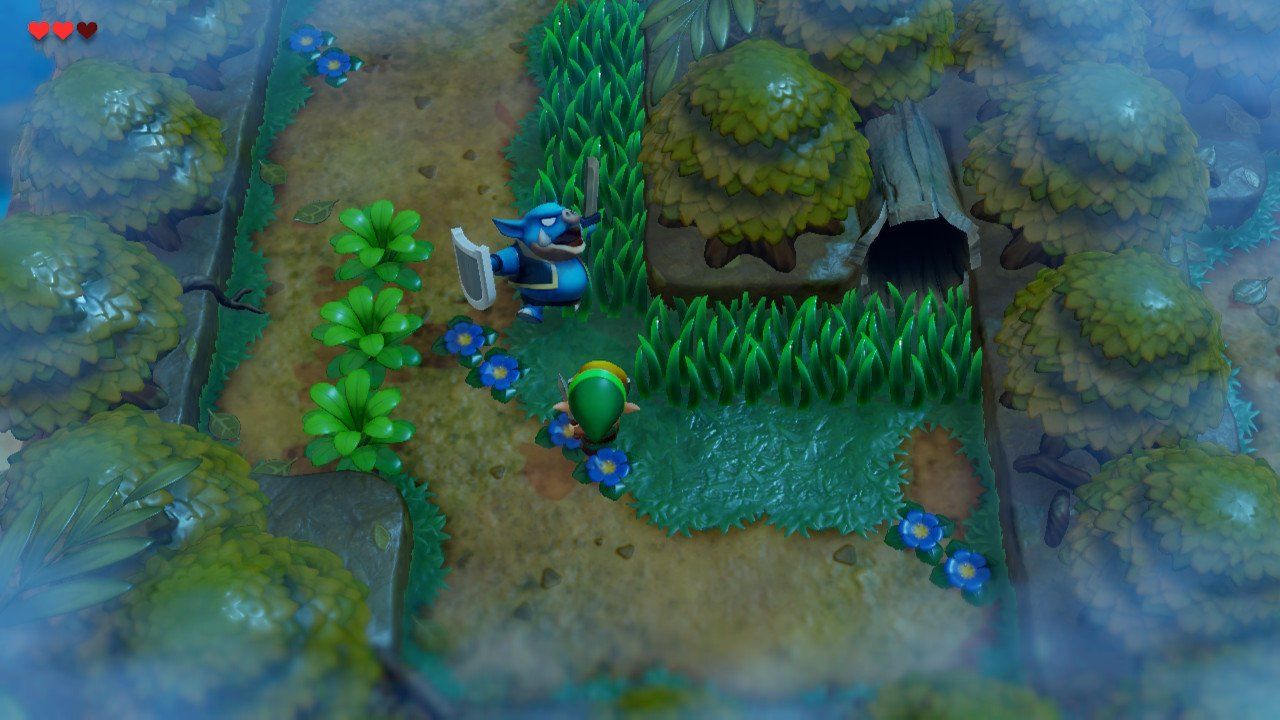 Link has had a lot of different weapons in his arsenal over the years in The Legend of Zelda series, but none have been as useful as his trusty sword. There are times where you can’t just hack your way to victory though, which is the case with some enemies in The Legend of Zelda: Link’s Awakening. Some enemies you come across are shielded and require a different strategy, which we’ll go over in this guide.

Very early into The Legend of Zelda: Link’s Awakening, you’ll come across shielded Moblins that block every attack you take on them with your sword. You can keep trying as much as you can, but it’s not going to do anything. Instead, you have to think and use an alternate strategy.

What you have to do is use your own shield to your advantage instead by holding R to keep it out. Wait until the Moblin tries to attack and when it hits your shield, it will be vulnerable for a second. This is where you must strike and quickly hit it with your sword before it moves to a defensive stance again.

One hit will not be enough on the Moblin though, so make sure you do the same process again and you should be able to take down the shielded Moblin without too much problem.