Legend of Zelda: Link’s Awakening – How To Get Rid Of Thief Status

You're a criminal, Link. 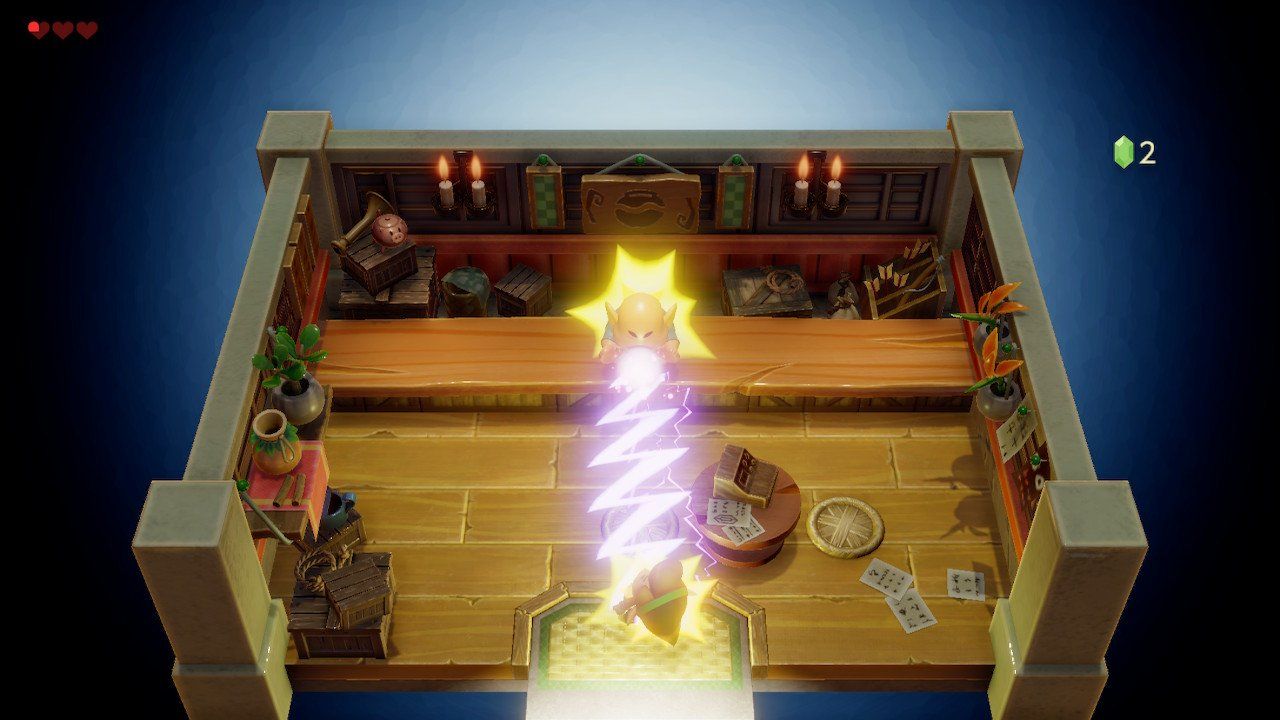 We have already dived into how you can steal from the Town Tool Shop in Mabe Village in another guide, which explained how to do it. Once you leave the shop though, you will then be branded as Thief in the game. When people talk to you, you are now known as Thief instead of your chosen name.

You might think there would be some way in the game to get rid of this, such as paying back the shop owner after the fact. However, that is not the case in the game. If you revisit the shop, you will be murdered on site by the shopkeeper and you will still be known as Thief to everyone you talk to.

The only way you can actually get rid of your status as Thief in The Legend of Zelda: Link’s Awakening is to reload an old save. The game has a very easy to use save system that works like save states almost, allowing you to save whenever you need. As long as you have a save from before you stole from the shop, you can reload it and you will once again be Link, or whatever your chosen name is, again.

Home / Game Guides / Legend of Zelda: Link’s Awakening – How To Get Rid Of Thief Status