Legend of Zelda: Link’s Awakening – How To Get The Yoshi Doll 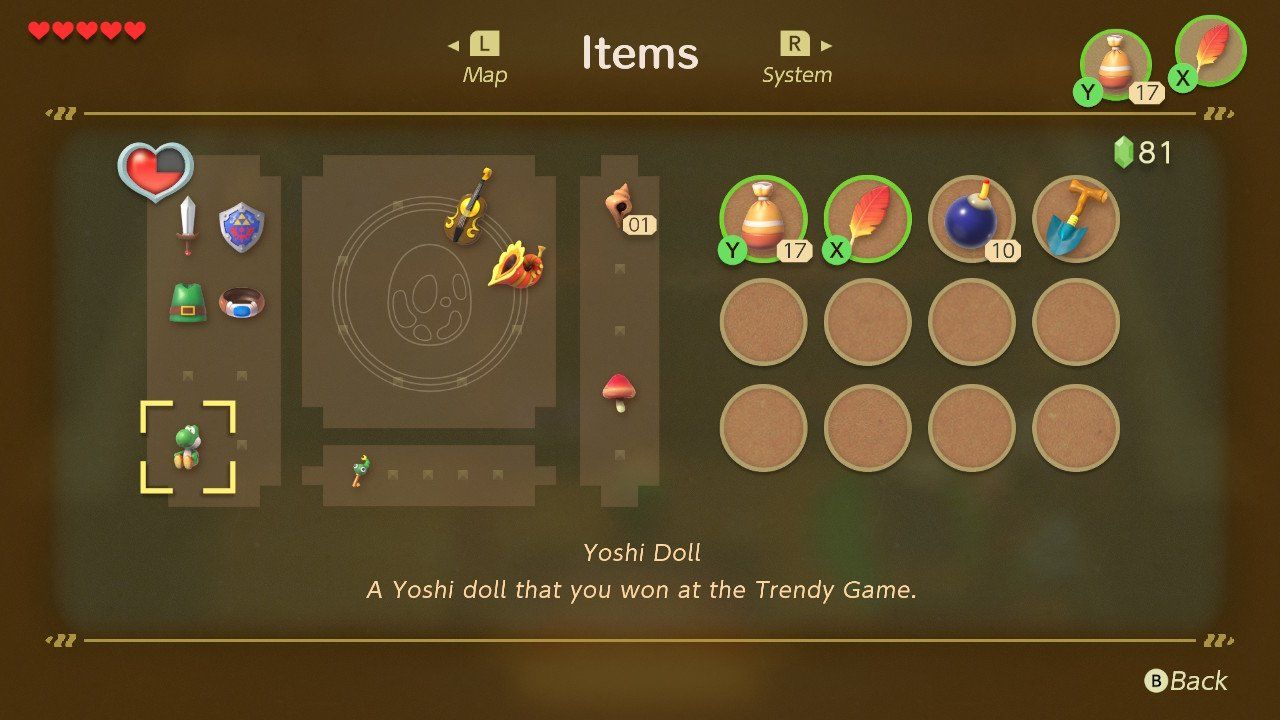 Multiple Legend of Zelda games have had a trade sequence found within them that require you to go back and forth between different characters to trade items with them, all leading to some exclusive item at the end of the sequence. The Legend of Zelda: Link’s Awakening may have the most iconic of them all in the series, with it all starting with an item that you wouldn’t expect to find in the Legend of Zelda series, but rather that of Super Mario Bros.

The first item you must get to start off the trade sequence in The Legend of Zelda: Link’s Awakening is that of the Yoshi Doll, which is literally a plushy of the popular Mario character. To find this, you have to visit the Trendy Game in the southeastern corner of Mabe Village. You’ll have to remove some bushes in the way first to be able to enter though.

Once you enter, go up to the buttons that show up and right and interact by pressing A to Play. One play of the game will cost 10 rupees, so make sure you have a good amount before trying, as this may take multiple tries.

At this point, hopefully the crane arm will go down and pick up the item and carry it to the conveyor belt on the bottom left side. If you don’t get a perfect grab, the item will fall along the way, so you’ll have to keep doing this until you eventually get it all the way to the conveyor belt. At this point you can quit the game and grab your Yoshi Doll and be ready to officially start the Trade Sequence.

Home / Game Guides / Legend of Zelda: Link’s Awakening – How To Get The Yoshi Doll