Legend of Zelda: Link’s Awakening – Where to Trade The Stick 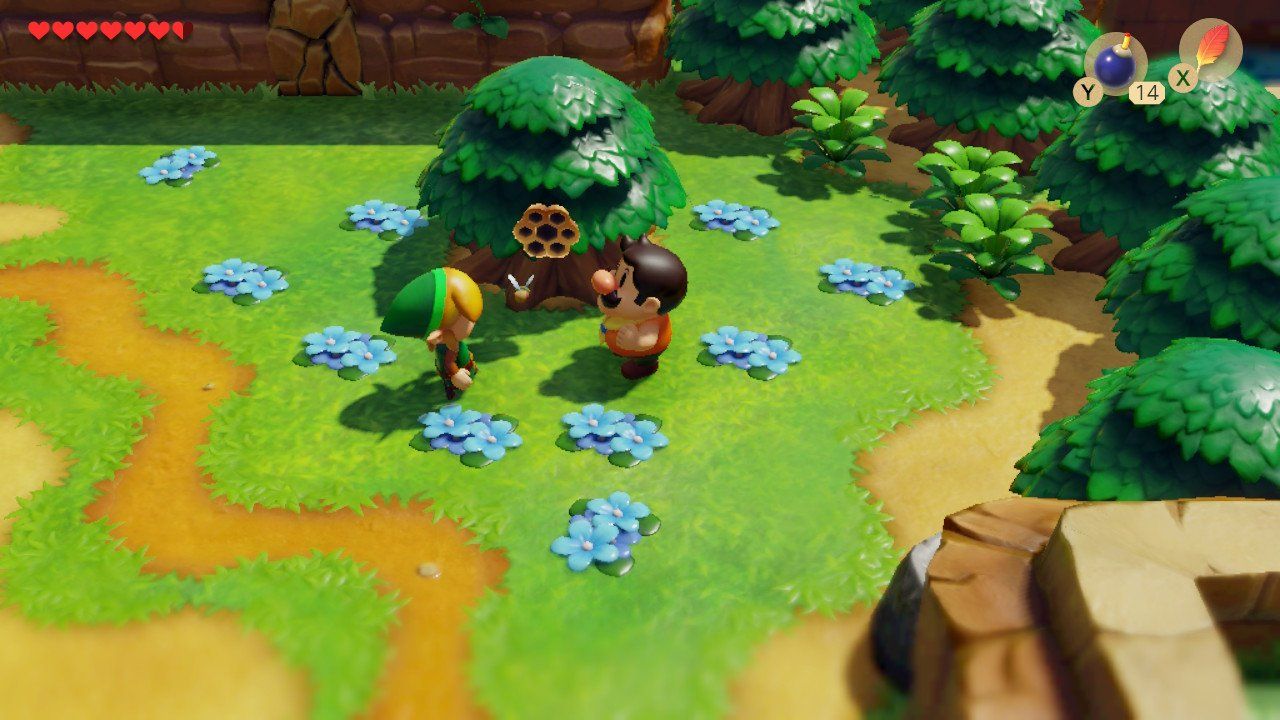 The Legend of Zelda: Link’s Awakening has always been well known for its trading sequence that it has available, which is partially required to be completed to push forward the story itself and be able to get into dungeons. We’ve already told you about prior ones like the Bananas and now it is time to figure out where to trade the Stick you got from the monkey prior.

After you leave Key Cavern, don’t cross back over the water on the right, but instead go up the stairs near the dungeon. Go to the left side of this platform and fall off to get back on the ground near where you see a warp spot above. Don’t try to use it, as you can’t at this point, but go to the northeast of it and you’ll run into Tarin eventually.

Tarin is working to get and get a honeycomb for a tree, so talk to him here and he will ask to borrow your Stick. You will have had to have gotten this through the trading sequence to gain access to the previous dungeon from the Monkey after giving it Bananas, so do the same here to give Tarin the Stick.

He will poke at the honeycomb, which you knew had to be a bad idea. It will fall on the ground and bees will swarm out after him. After he runs away, you can then pick up the Honeycomb off the ground, which is the next item in the trade sequence.

Home / Game Guides / Legend of Zelda: Link’s Awakening – Where to Trade The Stick