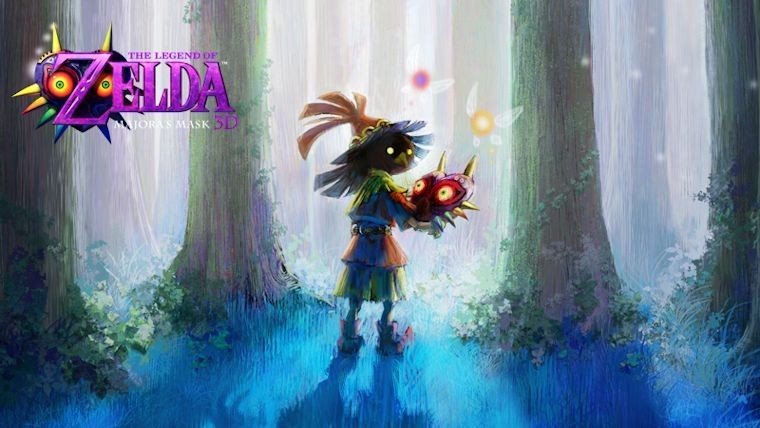 The Legend of Zelda: Majora’s Mask 3D released last week for the Nintendo 3DS alongside the release of the latest version of the handheld. Unlike Ocarina of Time 3D, Majora’s Mask 3D changed quite a bit for the regular playthrough. One of those changes in fact is the addition of an extra Empty Bottle. This makes the whole Zora Egg quest much easier luckily, as it could get a little longwinded in the past. Though you may not have all of them obtained by that time, as they are mostly obtained during sidequests.

With a completely new location for one bottle and this brand new bottle, on top of the returning bottle locations often being hard to figure out, it made sense to come up with a guide to let you know just how to obtain all seven in Majora’s Mask 3D.

This one is earned during Majora’s Mask’s story and cannot be skipped. After finding an injured Koume in the Woods of Mystery, go find Kotake and Get a Red Potion that comes in a bottle. Upon taking this Red Potion back to Koume to heal her, you will get to keep the Empty Bottle it was in.

After beating Woodfall Temple, make sure to obtain this bottle before going back in time at all, or you will have to redo a lot of stuff to access this Empty Bottle. Go to the first hut on stilts you see in Southern Swamp, which will be the Swamp Tour Center. Rather than talk to the guy on the left, go to the window on the right side and speak with Koume, after getting the first bottle of course. Participate in the mini-game she offers, where you will be shooting targets that she carries as she flies around. His 20 or more of these in the timespan, which shouldn’t be too hard, and you will get the second Empty Bottle in Majora’s Mask 3D.

After you gain access to Romani Ranch, speak with Romani on the First Day and agree to help her defend the ranch from aliens. Return prior to 2 am on the First Night and you will have to fend off the aliens between about 2:30 am and 5:15 am. Upon completing this sidequest, Romani will reward you with a bottle of Romani Milk, which is the third bottle in the game.

This one is the brand new bottle to Majora’s Mask 3D. To get this bottle, you must have already obtained the third bottle and all three transformation masks. Upon doing that, help defend the wagon that travels to Clock Town from Romani Ranch for Cremia and you will receive Romani’s Mask. After doing this, go to the Milk Bar wearing the mask. Go to the band leader named Toto and play the song he requests. You will get the Circus Troupe’s Mask as a result. Now head to the Stock Pot Inn on the Second Day and enter through door on the roof. Find the Troupe Leader Gorman in a room here and speak to him with the Circus Troupe’s Mask on. Go to Milk Road and speak with one of the Gorman Brothers to get the Mystery Milk that the Troupe Leader requests. Hurry back within two minutes to give the Mystery Milk and you will now have the fourth Empty Bottle.

This next Empty Bottle is acquired on the way towards upgrading your sword to the Razor Sword. After the blacksmith requests you obtain the Gold Dust go to the Goron Races, which you should have already opened with a Powder Keg. If you haven’t gone yet, they are in the area between the Mountain Village and Goron Village with the rope bridges and Wolfos. Participate in the race and if you come in first, you will receive the next bottle with the Gold Dust inside.

After obtaining the Zora Mask and then the Hookshot inside the Pirate’s Fortress, head to the other accessible area of Great Bay Coast. Look forward and you will see some trees on upper platforms that you can now reach with the Hookshot. Follow this path and you will reach the Waterfall Rapids. Speak with the beaver and beat both brothers in a race to get the next to last Empty Bottle in Majora’s Mask 3D.

The final bottle in the game is also the most involving to obtain, as it falls during the Anju and Kafei sidequest. Upon obtaining Priority Mail from the Curiosity Shop Owner on the Final Day, head to the Milk Bar, while wearing the Romani Mask, and talk to Kafei’s mother Madame Aroma. Put on the Kafei Mask and give her the Priority Mail to get the seventh and final bottle in The Legend of Zelda: Majora’s Mask 3D.