Beginner-friendly decks that are both competitive and afforable. 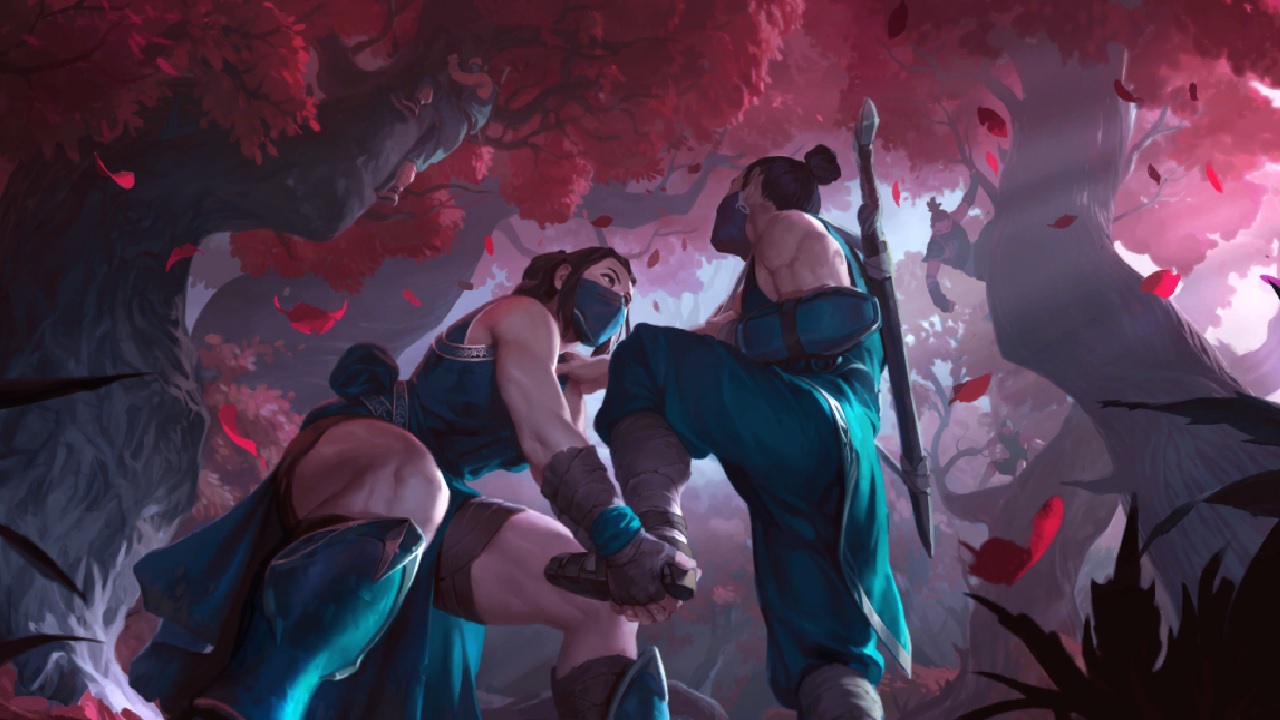 Legends of Runeterra is very generous to new players. It rewards them with premade starter decks right off the bat. However, most players will eventually want to create their own decks, and with over 700 cards in the game, that can be a daunting task. To help you on your deck-building journey, here are five budget decks you can try out. If you are a player that likes rushing down the opponent before they have a chance to respond, Spider Aggro is the deck for you. This deck archetype has existed ever since the game was released, and at times, it has even topped meta tier lists. The idea is to swarm the opponent with low-cost units, then finish them off with Noxian Fervor and Decimate. Using Stalking Shadows on either Stygian Onlooker or Doombeast is a powerful tool that can turn games in your favor.

Discard Aggro is another deck that, like Spider Aggro, has dominated its fair share of metas. In its most competitive form, this deck runs three copies of Draven in addition to Jinx, so if you have or can afford Draven, feel free to swap him in for Sump Dredger. Jury-Rig and Flame Chompers are great discard targets that can help you set up wide attacks with Arena Battlecaster, Crowd Favorite, or Vision. In the event you run out of steam, a leveled-up Jinx can give you just enough damage to win the game.

If you want to rush down the opponent in a more unique way, try Kinkou Elusives. This archetype takes advantage of the Elusive keyword to render the opponent helpless. Kinkou Wayfinder is the star of this deck. When played, it will summon two elusive units which, when combined with Greenglade Duo, can lead to massive unblockable damage.

If you don’t like aggressive decks, don’t worry: there are other options. Poro Midrange is a deck that attempts to gradually take control of the board using Poro synergy, and it’s extremely cheap to build. Cards like Poro Snax and Fabled Poro will overwhelm your opponents with value, and can lead to beefy units with powerful keywords.

Players who want to win the game by playing a single card need look no further than They Who Endure. They Who Endure is one of the most affordable finishers in the game, and when combined with the spell Atrocity, can one-shot the enemy Nexus. Use Shadow Isles’s early game tools to survive against aggro, while also killing your own units and buffing They Who Endure’s attack.

Remember, you can copy each deck’s code to your clipboard and add it to your collection using the “Import Deck” button. Feel free to experiment with your own ideas and have fun!