Destiny 2 Guide: How to Get the Lighthouse Secret Loot 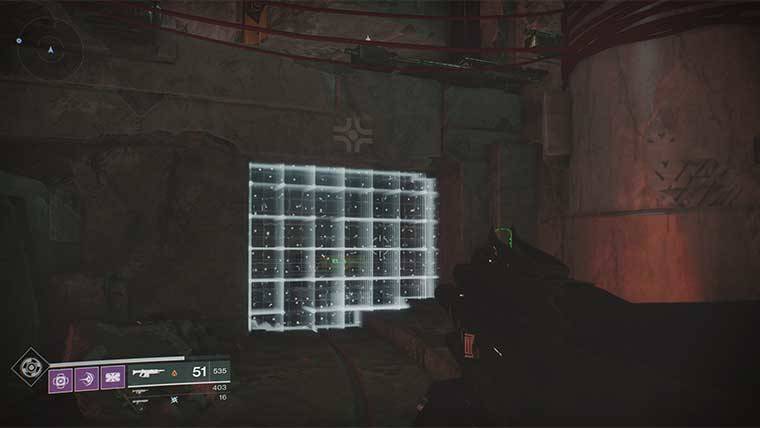 There’s a loot chest hidden in the Lighthouse area of Destiny 2.  While it’s not hard to stumble upon, you’ll soon find out if you do that it’s locked behind an energy field of sorts.  To access the hidden chest in Destiny 2 Curse of Osiris’ Lighthouse you’ll need to find five glowing symbols in the Lighthouse and activate them within a certain period of time to open the gate.

The first steps are to familiarize yourself with where the symbols are.  They are located in different parts of the Lighthouse, and you’ll need to move quickly to open the chest. 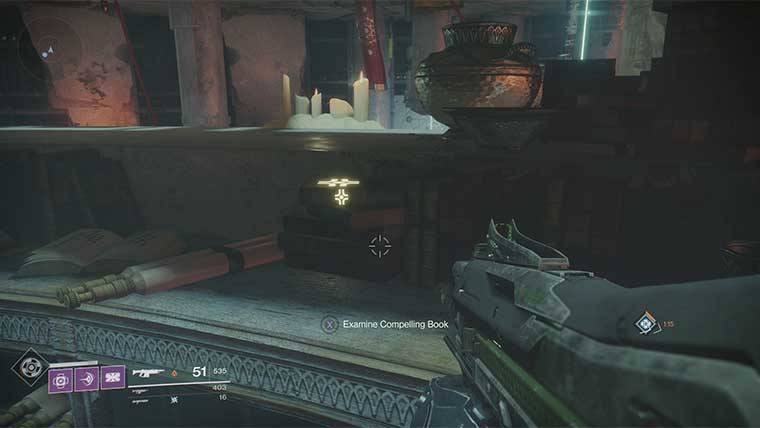 The first symbol that starts the sequence is located to the left of Brother Vance on a table on a book.  You’ll see in the image above that the symbol is glowing and it should be easy to pick out. 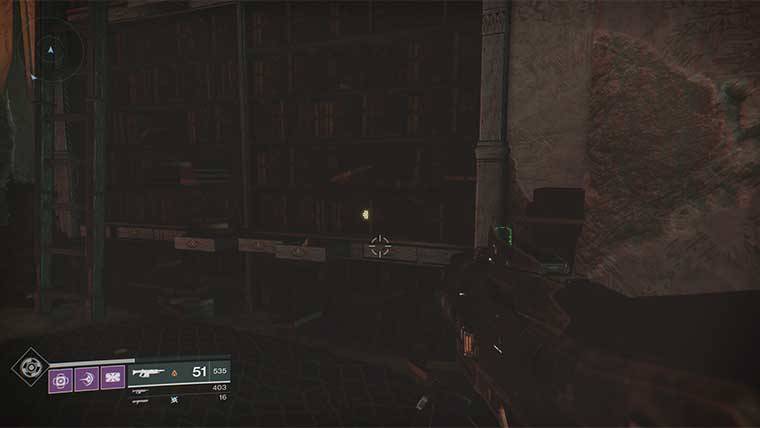 The second symbol is located on the right side of the room (facing from where you come in at) if you’re going from Symbol 1 it will be on the left hand side of the room.  All you need to do is follow the wall towards the end of the bookshelves and you’ll spot the glowing symbol that you’ll need to activate. 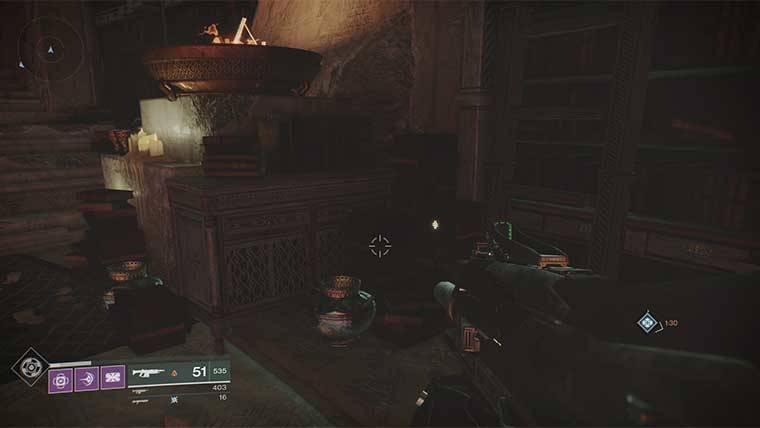 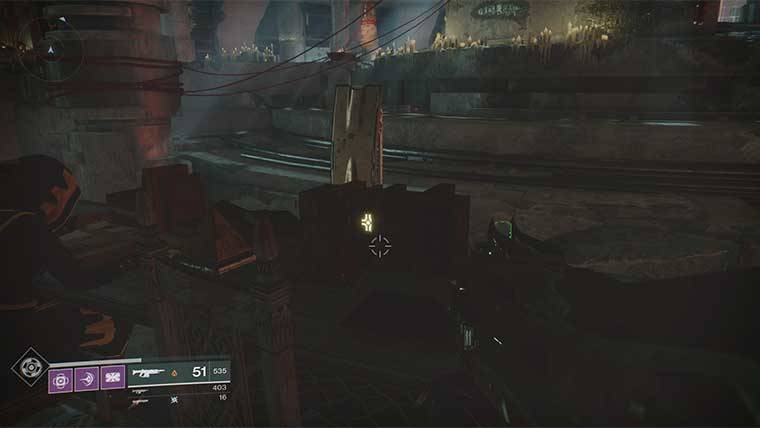 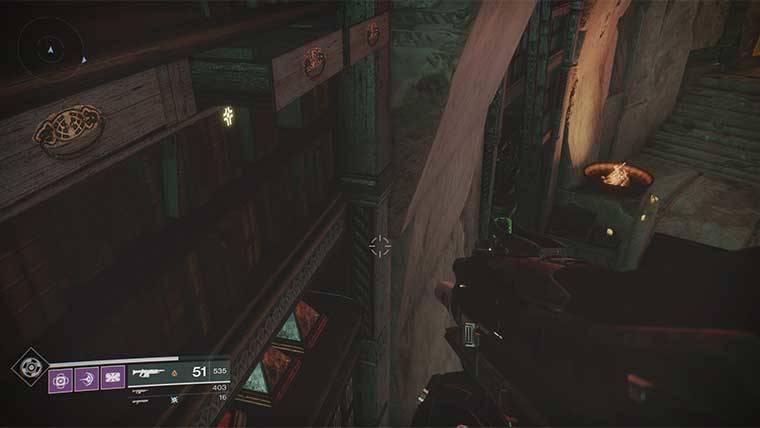 This final symbol is probably the hardest to get as it requires that you use a little jumping skill to land on a ledge.  Back on the other side of the room, there’s a group of tables and you’ll also notice that there’s a symbol on the wall that’s harder to get to than the others.  To the left and below the symbol there’s a small ledge that you can jump on to that allows you to interact with the symbol.

Now that you know where you’re going, to open the treasure door you’ll need to do these, in order, and within a certain amount of time.  The first four are pretty straight forward, just run to them in a zig zag fashion and then attempt to stick the landing on the first try to access symbol 5.  You probably have enough time to try three jumps in total if you fail to hit the ledge.  We found the easiest way to get symbol 5 was to jump up and then look directly down for the best chance to land on the ledge.  WAIT, that’s not it. 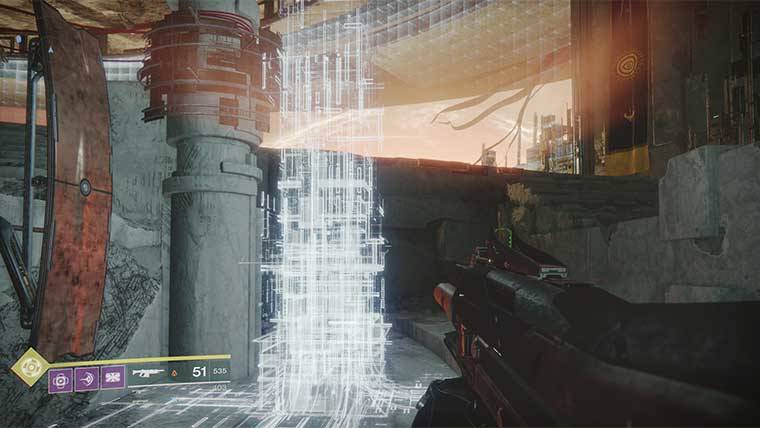 Once you’ve activated all five symbols you’re still on a timer and you’ll need to access a newly created conflux in the Lighthouse to finally open the door to the treasure.  Like the others, the Conflux will disappear and your window of opportunity will close.  Fear not though, you can try as many times as you need to get it right.  The Conflux is located by symbol 2&4.

What’s inside the Lighthouse Treasure? 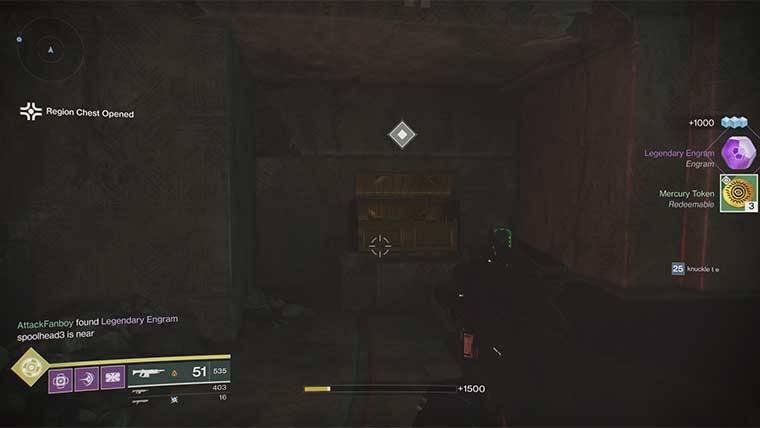 Finally, head back over to the other side to collect your rewards.  Ours was a legendary engram and faction rep tokens for Brother Vance.

Home / Game Guides / Destiny 2 Guide: How to Get the Lighthouse Secret Loot