Spoiler warning: As you can probably guess, this article features heavy spoilers for the Nome’s Attic DLC of Little Nightmares II.

Enemies: N/A but takes place within the Wilderness chapter which features the Hunter

Firstly it should be noted that the Nome’s Attic DLC is only available to those with the digital edition of Little Nightmares II or those who have purchased the expansion separately or as part of a content bundle. It takes place during Chapter One when you’re up in the attic and upon completion grants you access to the Nome hat.

After you’ve grabbed the key from the attic, a Nome will rush past you signalling the beginning of the Nome’s Attic DLC. You’re going to want to follow him. Initially he’s perched on top the cupboard Six boosted you onto. 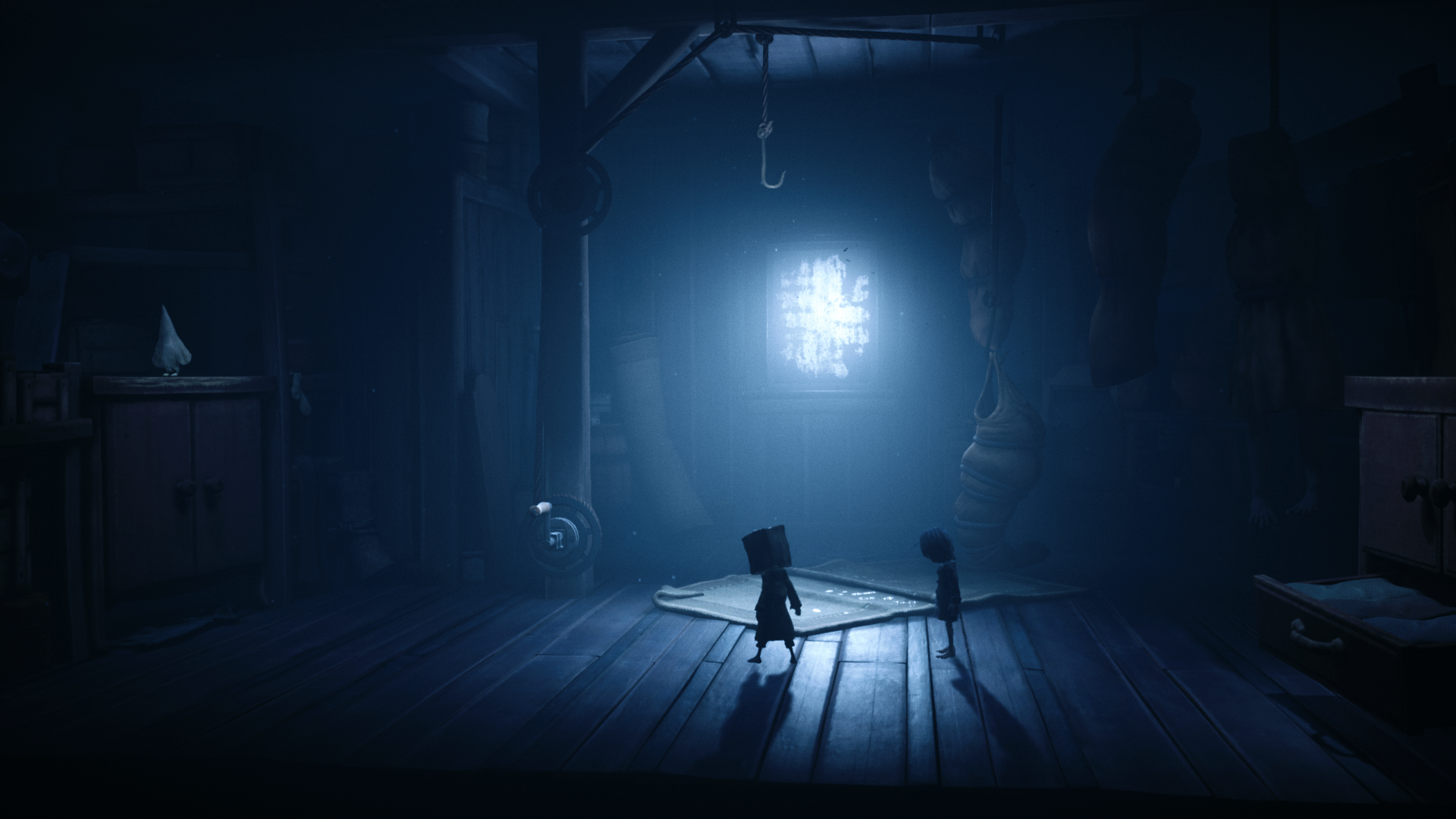 Let her boost you again and follow the Nome back into the area in which you found the handle. Once you’re in the room, you’ll see him climb up a cupboard and onto a wardrobe. 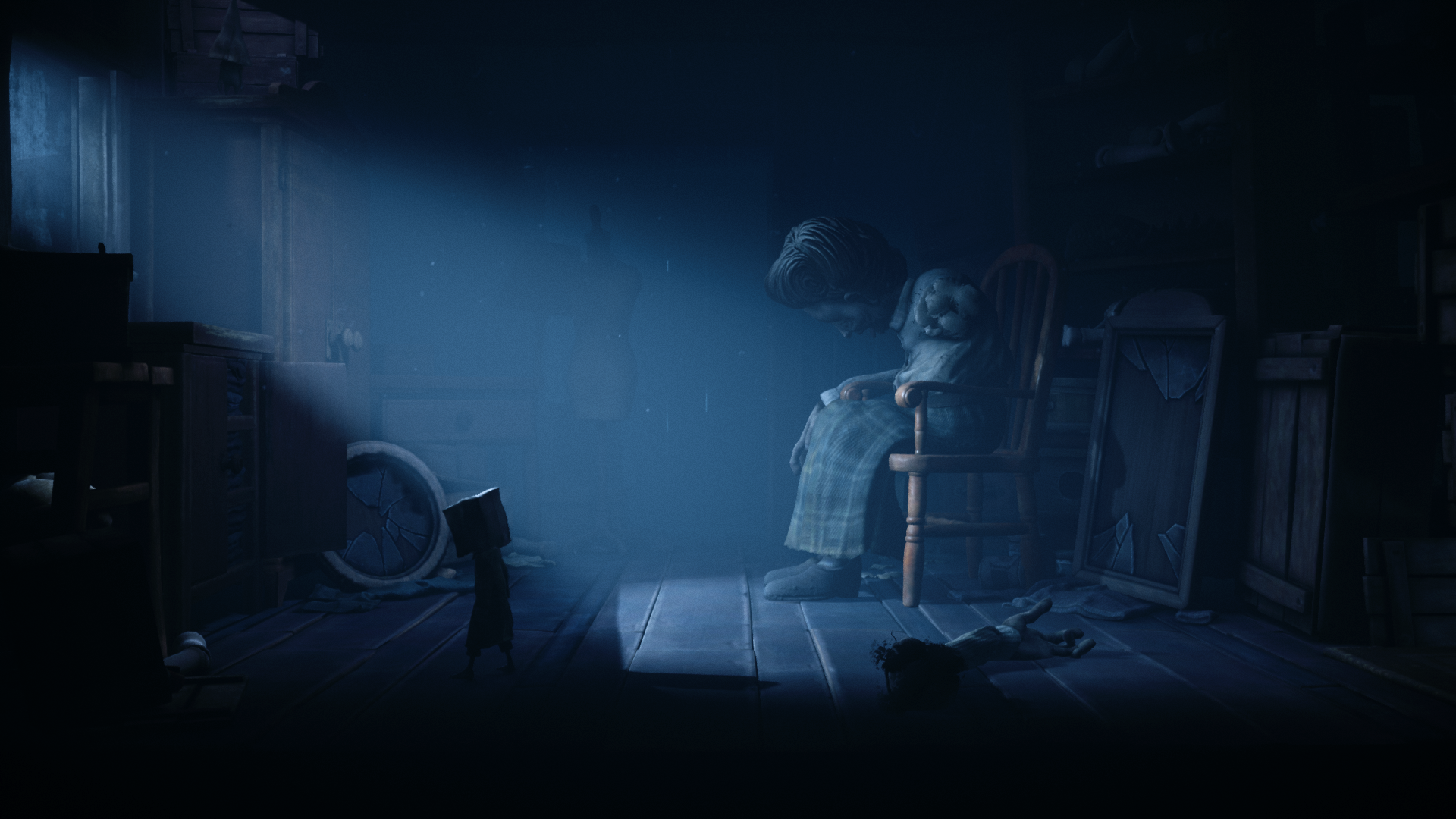 Follow him again and you’ll end up in a hidden upper area of the attic. No matter how you approach him, he runs away and you enter what is essentially a game of hide and seek.

First he enters the suitcase. Open it and he’ll scurry out again. Next he’s in the box on top of the crates. There’s a boot on the floor and to get him out, you’ll need to throw it at the box. He scurries out again and hides in the drawer. Open it and he’ll move to the chair in the corner. Jump on it a few times to get him out. He’ll then knock over a painting on the floor to reveal a small crawlspace. Crawl through and you’ll enter a pitch black room. After a few seconds the Nome lights a torch. 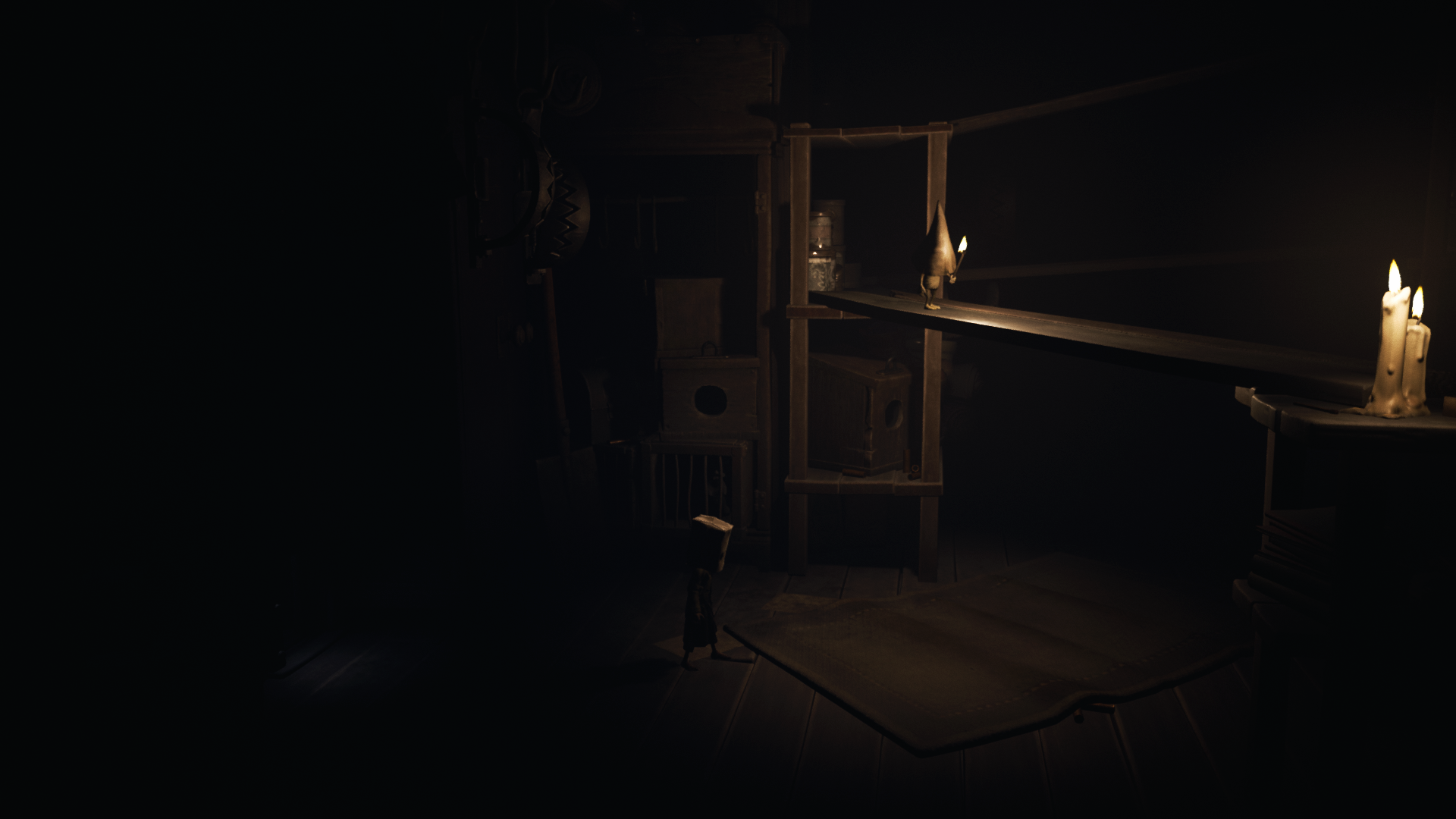 He’s on a wooden plank above you. Walk under him and he’ll follow from above, the light from the torch lighting your way. Once you walk under some shelves, you’ll see a trolley with some boxes on it. Push it towards the shelves and the Nome will jump on. 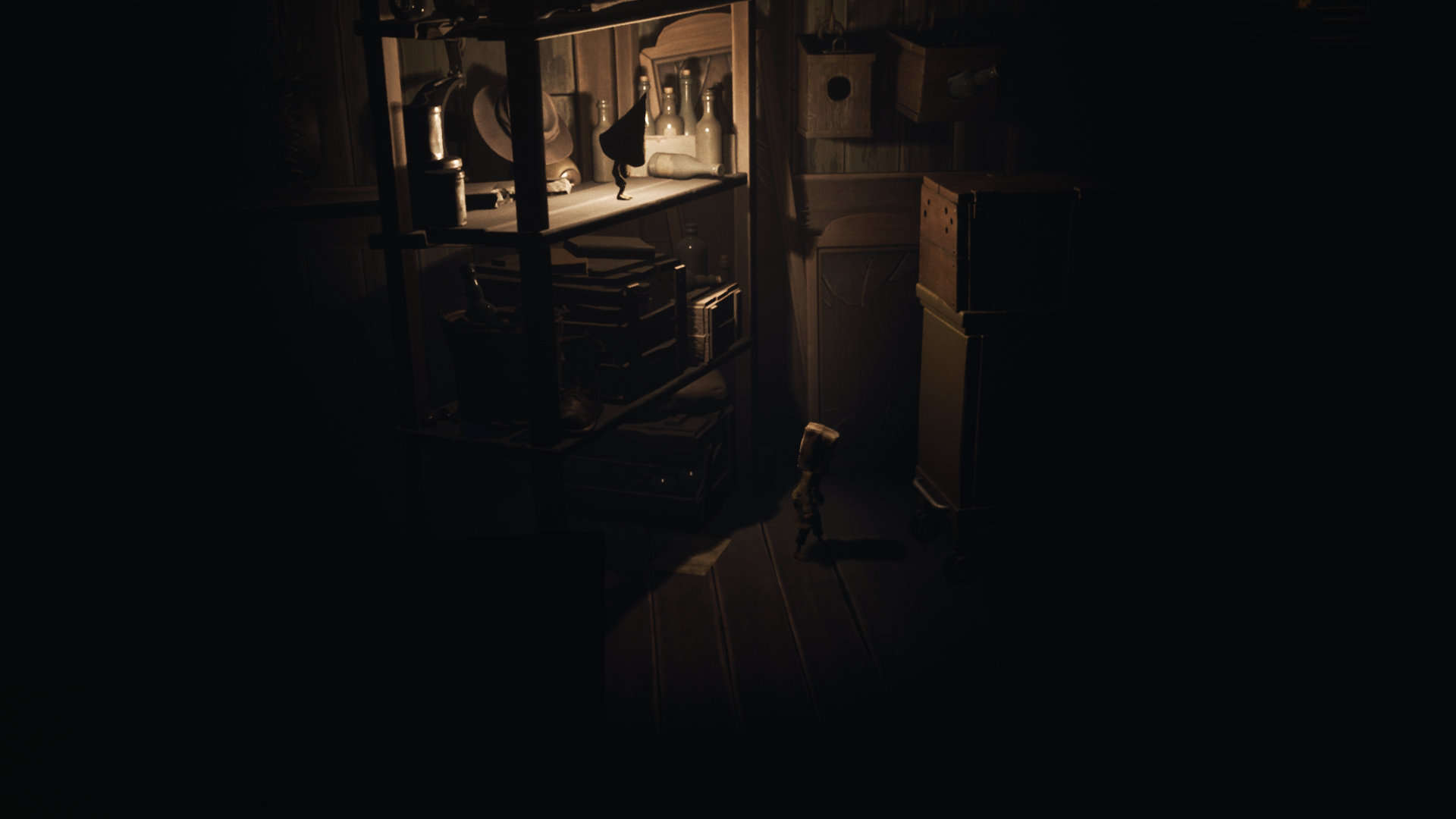 Pull it back to the other side and he’ll jump onto the next set of shelves. Keep going until you make it to a metal door. He’ll open it to let you through and you’ll find a switch which turns on the lights. 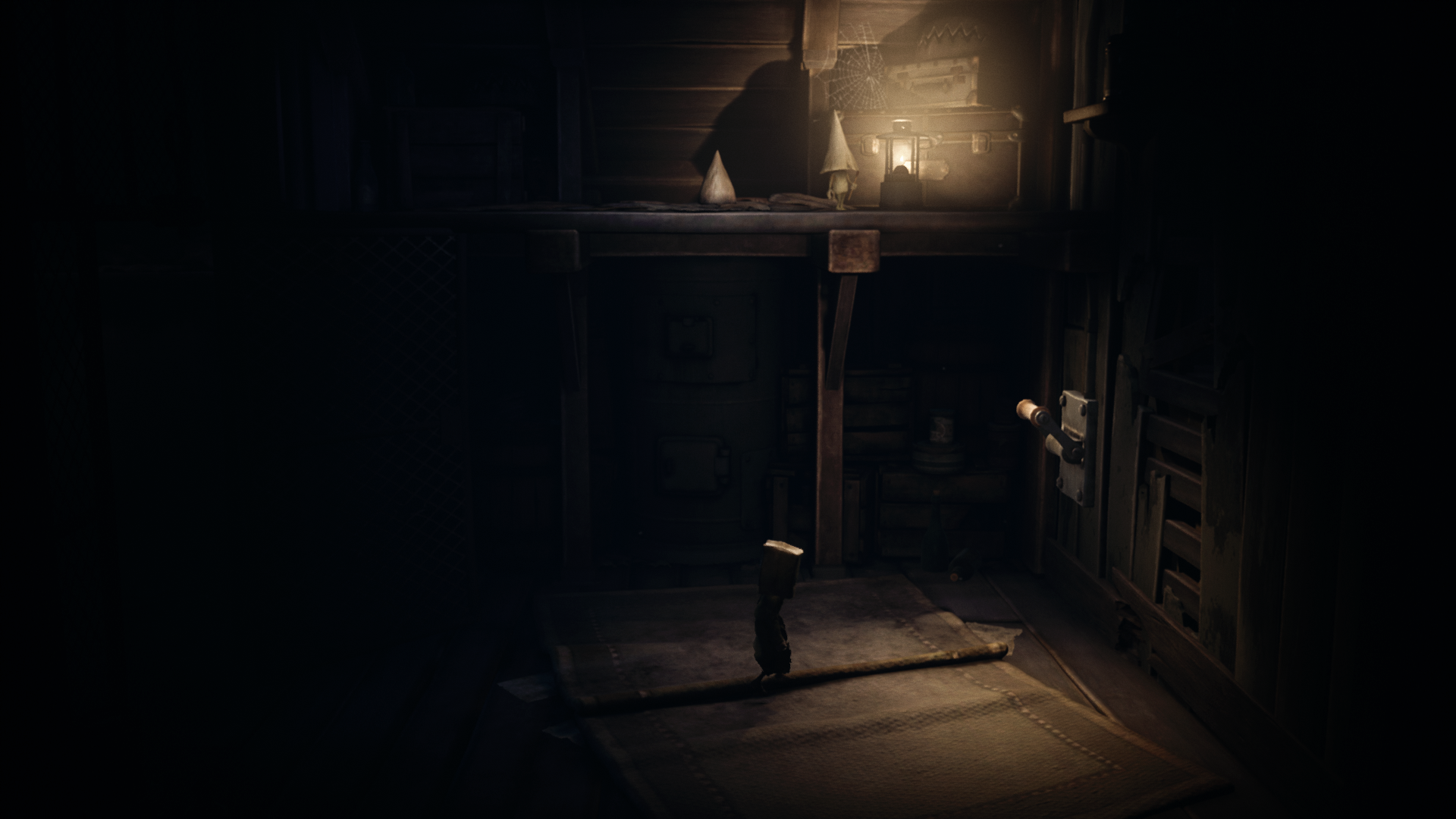 Turn them on and return to the previous room. Opposite you is a set of drawers. Open the bottom one and use it to climb up on top. You can now cross the plank the Nome was on before but rather than following his direct path, once you reach the shelves you’ll want to climb up and onto the plank above since you don’t have anyone to push the trolley for you. 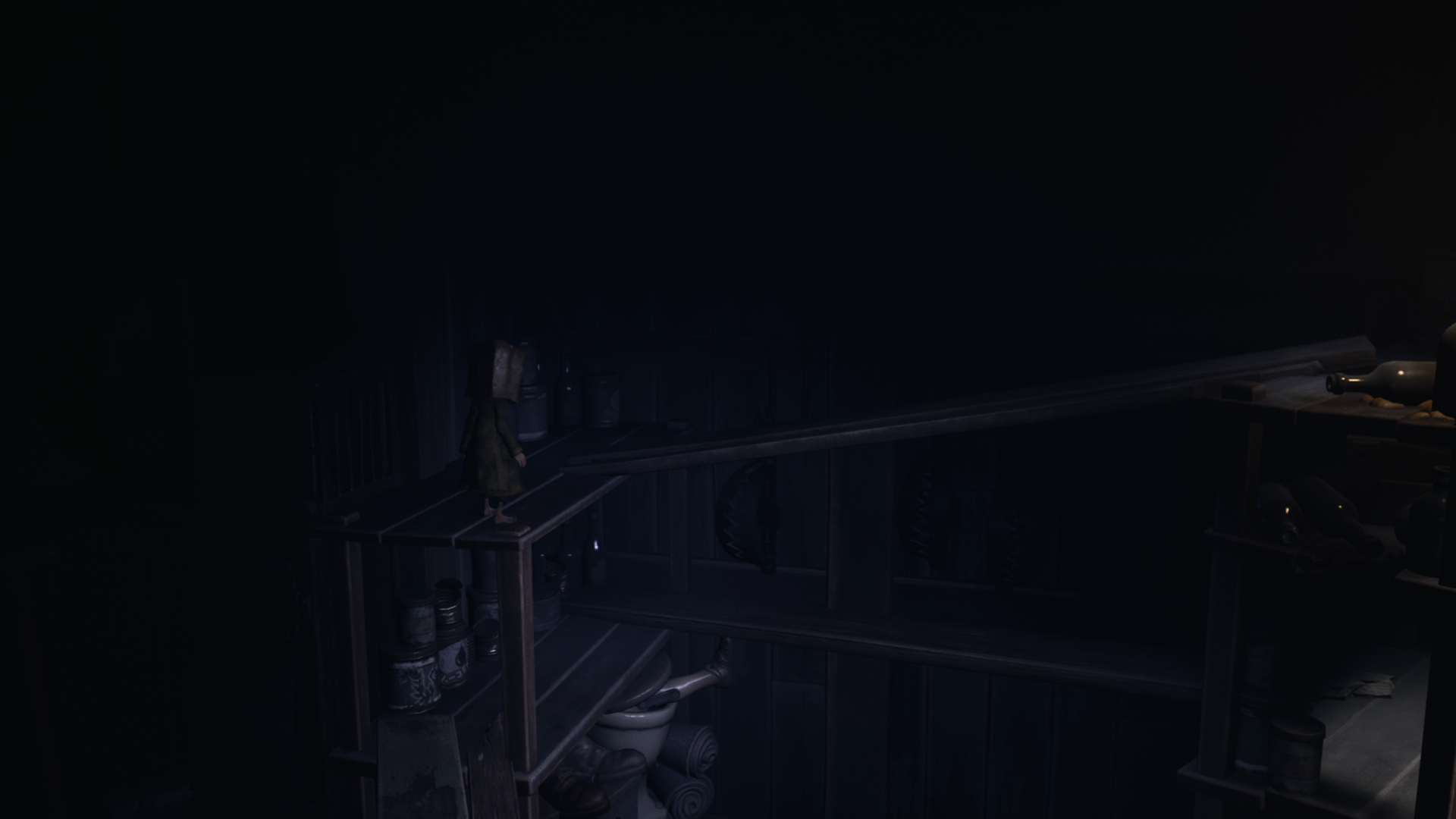 Follow the path of the planks until you reach the final set of shelves and jump onto the level below. You can now enter the room with the switch in from the same level as the Nome did and you’ll see a Nome’s hat in front of you which you can pick up and wear.

The Nome will then lead you through a hole above the light switch. You can climb up the wooden slats and through onto a small ledge. Jump at the wall opposite you and climb down until you reach another ledge.

Jump back to the previous wall and continue your descent until you reach the bottom. You’ll see a wooden plank blocking your way. Pull it off and slip through the gap and you’ll end up back where you started.

You can then get back to completing the chapter.