Live A Live: Who is the Best Character to Lay Traps for Sundown?

Who's your best asset for laying enough traps before sunrise? 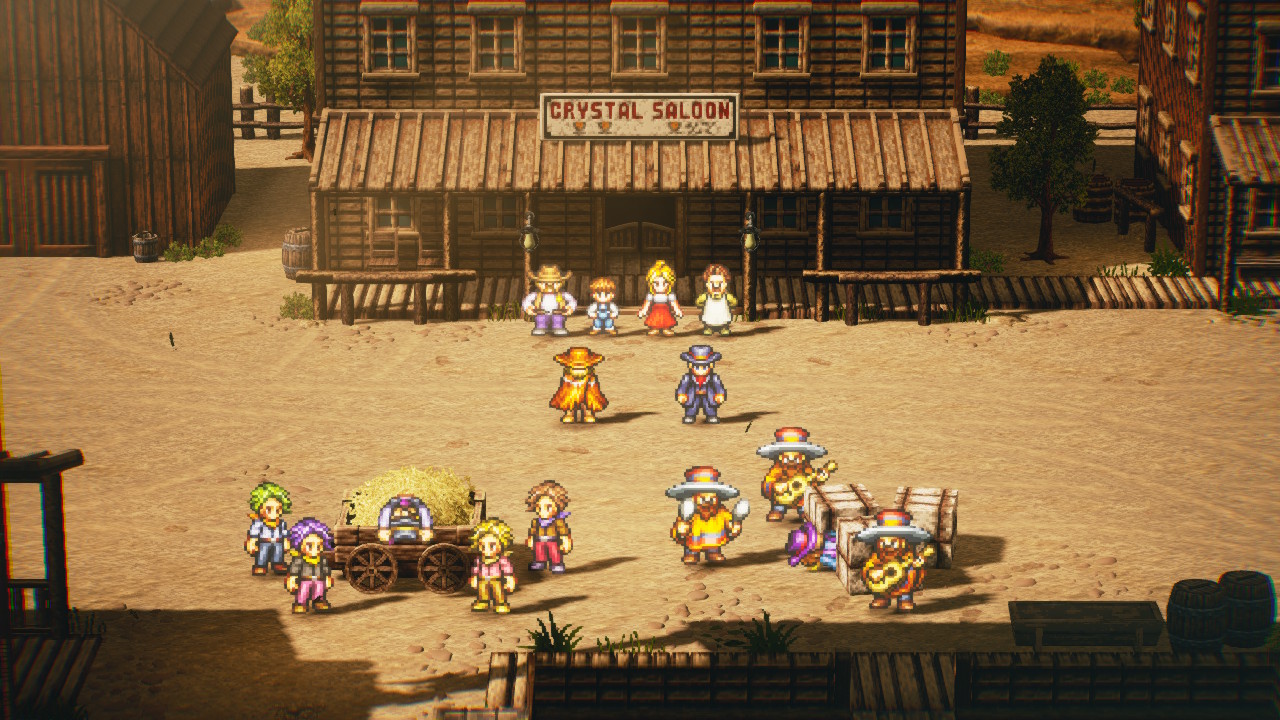 If you’re playing the Sundown Kid chapter of Live A Live, you might be coming up with a spectacular finale befitting of a Western homage like this story.  The Sundown Kid, an obvious homage to the Sundance Kid, is tasked with equipping the surrounding town with snares and traps to weaken the incoming forces of O. Dio, a brutal military leader whose only desire is to inflict violence and wage war.

While you gather your equipment, you’re presented with the option of asking the townsfolk to help lay the traps, but some are genuinely better than others.  Who is the Best Character to Lay Traps for Sundown in Live A Live?   Read on to find out!

Live A Live: Who is the Best Character to Lay Traps for Sundown?

Without a doubt, Annie will prove to be an asset while setting up for this particular finale.  She’s determined, and willing, and will run circles around the other NPCs in this chapter, laying trap after trap while others remain to be seen.  While there are certain items you want to give certain NPCs such as the Slingshot for Billy, Annie will prove to be highly flexible, especially as you run closer to the 8 bells being rung, signaling the imminent fight. 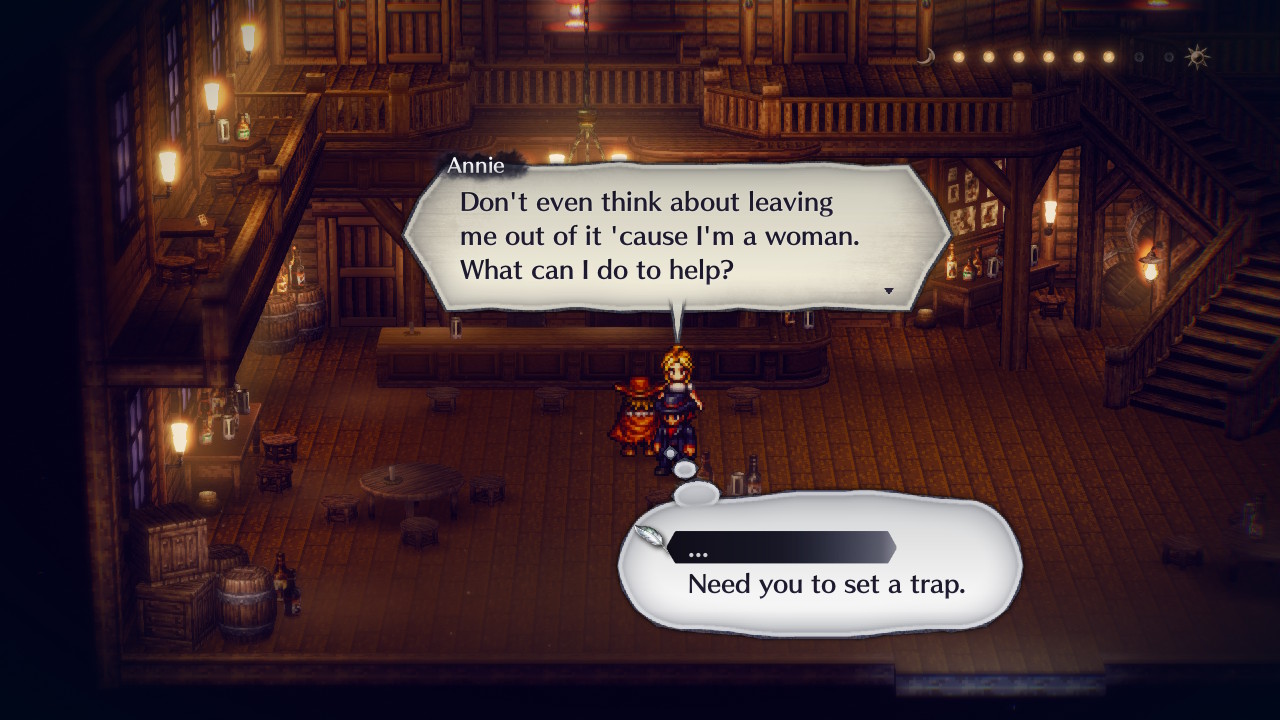 Your reward for these traps?  You’ll be treated to a cinematic as the enemies arrive, where groups of them will be ensnared in the various traps laid for them, including powerful explosives sending groups of marauding horsemen flying, making your final battle with O. Dio easier, removing his advantage by numbers.  While Annie is undoubtedly your best asset, make sure to still use your other NPCs appropriately. Ultimately, you can still target O. Dio and end the battle by defeating him, but it’s easier when there aren’t as many enemy gunmen who can wear you down fast.

This concludes our guide on Who is the Best Character to Lay Traps for Sundown in Live A Live!  Be sure to check out our other guides on this game!

Attack of the Fanboy / GAME GUIDES / Live A Live: Who is the Best Character to Lay Traps for Sundown?