Luigi’s Mansion 3: How to Get Out of the Garage

Stuck in the garage? Here's how to get out. 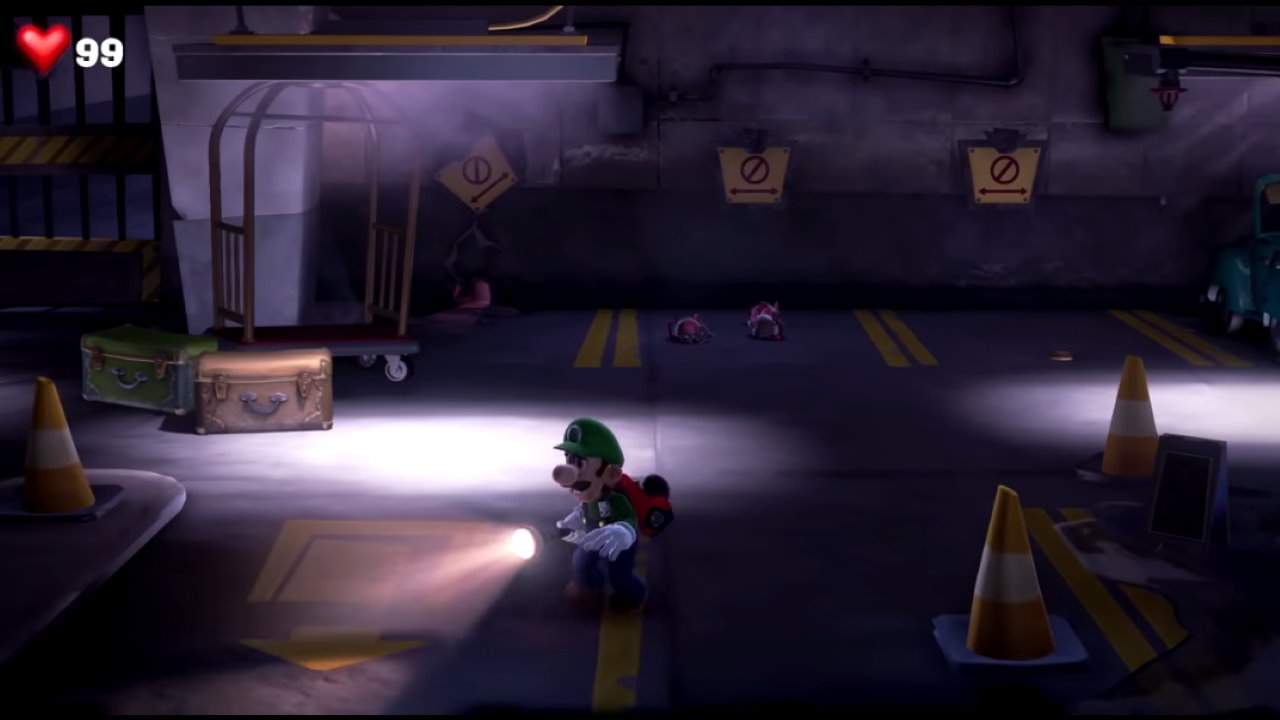 Luigi’s Mansion 3 may be similar to its predecessors, but the series as a whole is pretty unique. Not just in that it stars the typically second fiddle character of Luigi, but also in its movement and level design mechanics. With the camera situated firmly on one side of the building most of the time, if this is your first outings into the franchise you may need some help with the way it all works. This comes up pretty quickly at the beginning of the game. To help, here’s how to get out of the garage in Luigi’s Mansion 3.

How to Get Out of the Garage

The garage is one of the first major rooms you enter after beginning the game proper. The haunt has begun and Luigi has just escaped the clutches of the hotel’s owner and King Boo. You enter the room via a seemingly simple door in a hallway, and are immediately confronted with a few challenges. After you solve them though, you may wander around asking yourself how to get out of the garage. And the answer is much simple than you thought: the same way you came in.

Yes, the garage presents players with some new things to mess with, including the all-important Poltergust, rats and random items strewn about the room. There’s even a locked cage on one side and a couple of bay doors that have switches which won’t work just yet. While this room becomes important later on, at the beginning of the game it’s a pit stop. To exit it you need to look to the floor closer to the camera, where you’ll see a yellow door symbol painted where you first entered. Walk up to this and press X to exit via the same path you took coming in.

And that’s how to get out of the garage in Luigi’s Mansion 3.Simple stuff, but the odd camera placement makes it tough if you’re not used to it.

Home / Game Guides / Luigi’s Mansion 3: How to Get Out of the Garage