Madden 20 How to Intercept User Pick

Quickly swap to the closest defender and ball hawk. 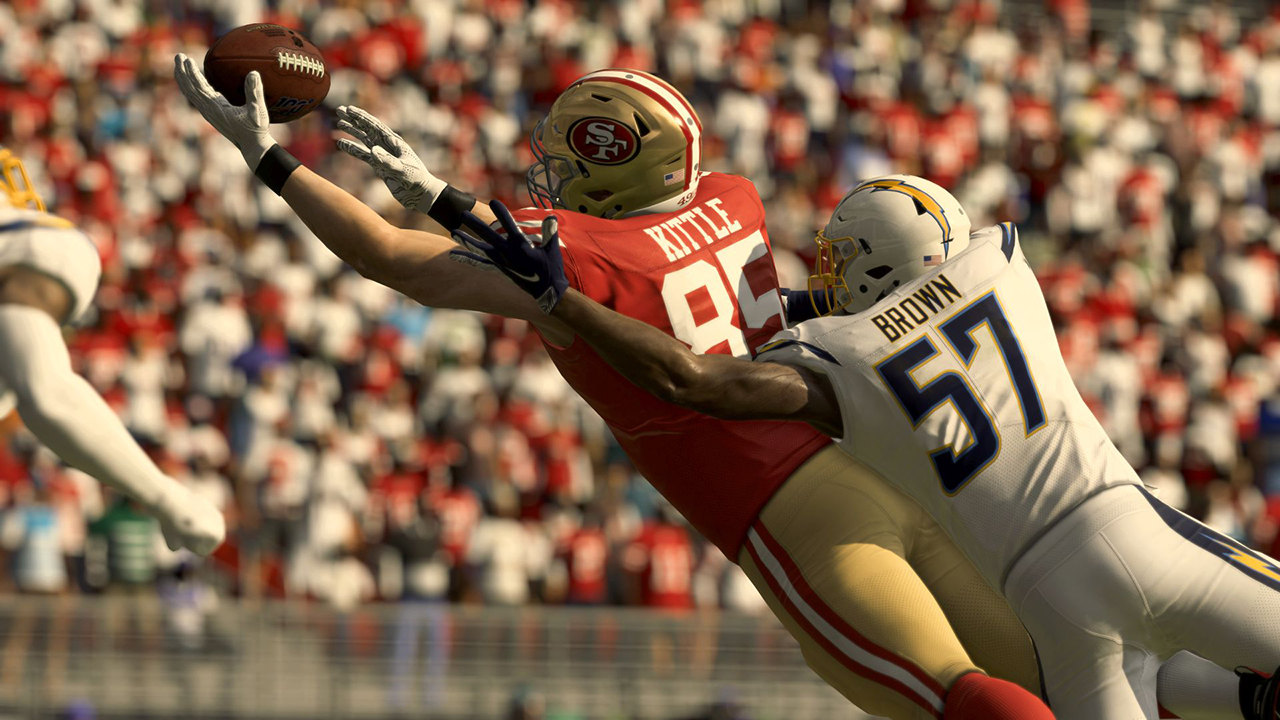 In Madden 20 you can either rely on the computer to try and get interceptions for you, or you can do it manually.  Going for interceptions and user picks in Madden 20 is similar to previous years in that it requires that you take control of the defensive player while the ball is in the air, position yourself correctly and press a button to make the interception.

It doesn’t matter which type of player you are controlling, the process for an interception is the same and any player can do it.  Some players will have a better chance at intercepting the ball due to higher ratings than others, so this is not a guaranteed interception every time, but it will give you a chance to make a play on the ball and potentially intercept it.

How to User Pick in Madden 20

Xbox: Switch to the closest defender with B and then press Y to attempt the pick

PlayStation: Switch to the closest defender with circle and then press triangle to attempt the pick

What you’ll want to do while the ball is being thrown to a receiver is press the B button to switch to the player closest to the target receiver.  Once you’ve got control of this player you’re going to want to position yourself with the sticks in a spot to make a play and then press the Y button to attempt an interception.  Sometimes your player will make the interception, other times they will just bat the ball down.

Using this method is risky, as if you miss the ball you may leave the man your covering in position to break a big play.