Madden 21 – How To Get A Team Captain

Four to choose from yet again. 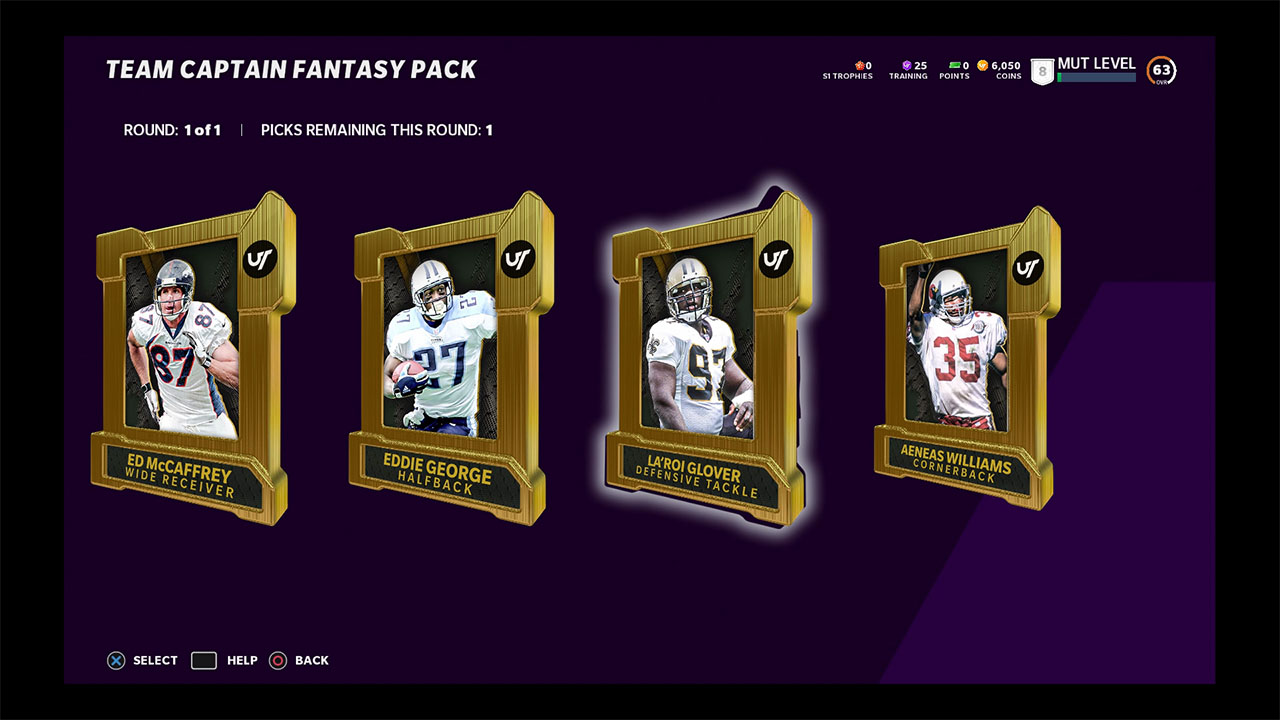 The Madden franchise introduced Madden Ultimate Team years ago, with the mode basically being a staple across most sports games these days. Each of these have their own variations, with changes coming year to year. One of the elements introduced in the past was that of Team Captains for your Madden Ultimate Team that help lead your team on the field when your team. This is very important in Madden Ultimate Team considering how weak your overall team is at the start. Madden 21 once again brings back the Team Captains, with four new ones to choose from this year, and this guide will tell you how you can pick one.

How To Get A Team Captain

Madden 21 has introduced four new Team Captains, which are all time greats from the league’s past that you can slot into your team to really help out in Madden Ultimate Team. For this year’s game, the four you will have to choose between are RB Eddie George, DT La’Roi Glover, WR Ed McCaffrey, and CB Aeneas Williams.

The Madden Ultimate Team mode can be chosen from the main menu, with there possible even being an icon telling you about picking a team captain on the home screen as well. These home screen icons rotate though, so your mileage may vary there.

Once your are in Madden Ultimate Team, you will be introduced to the first of many challenges that you can complete as part of the game mode. These first challenges are under the Rivalz category, specifically known as Ultimate Team 101. Each of these early challenges are incredibly simple, like making three passes in a drive or rushing for 10 yards, so just continue to play through them.

Eventually, you’ll end up back at the Ultimate Team home screen, which offers you many more options here. For now, you’re going to want to select the “Pick Your Team Captain” icon here and then select “Team Captain” on the next screen, followed by “Captain Tryouts” on the third screen. 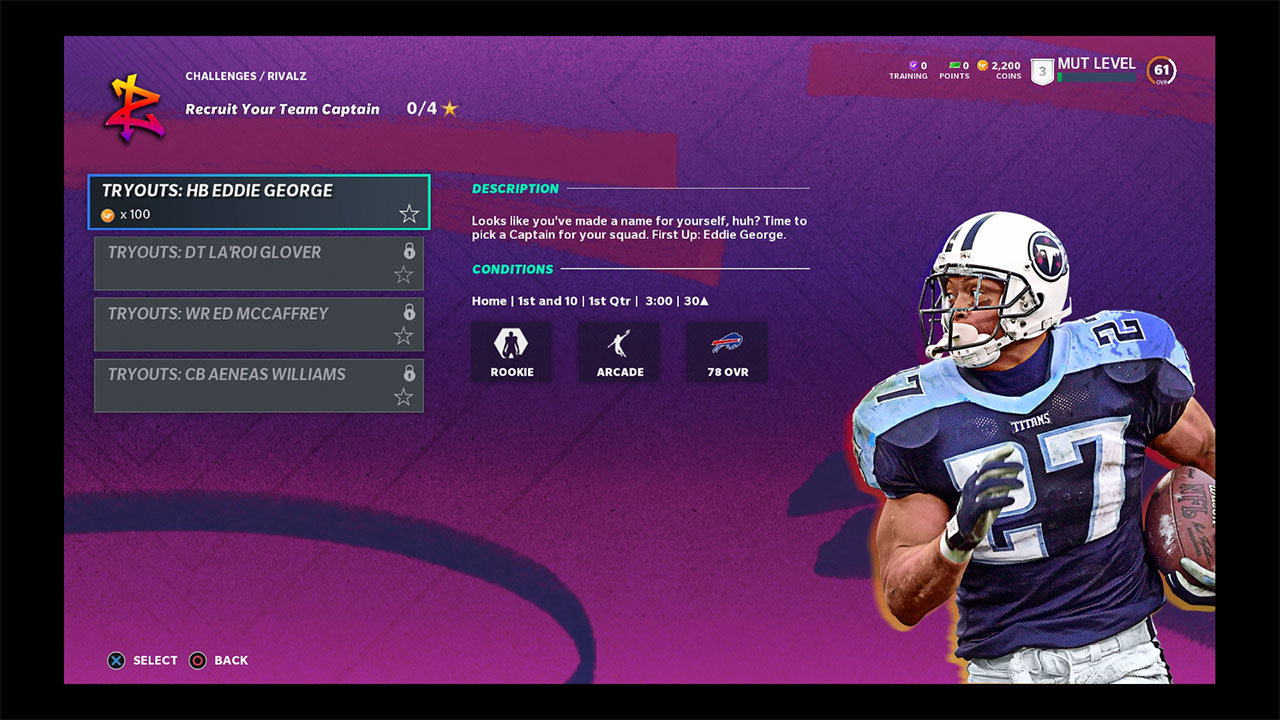 From here, you’ll be taken to a screen with four tryouts, one for each of the four Team Captains in the game. You have to start with Eddie George and have to gain 15+ yards in the drive. Then it will move onto the following tryouts as well, with the second for DT La’Roi Glover asking you not to allow 20+ yards on the drive. The third tryout is for Ed McCaffrey, which needs you to pass for 20+ yards on the drive. Lastly, the fourth tryout for Aeneas Williams is to allow 15 or fewer yards this drive.

After you complete these four tryouts, you will earn the Team Captain Fantasy Pack. This will then be opened and let you pick between the four players. Once you select the player, it will then be added to your team and it is then up to you to place them as a starter, unless you really want a challenge your chosen captain.