Make a decision in the moment. 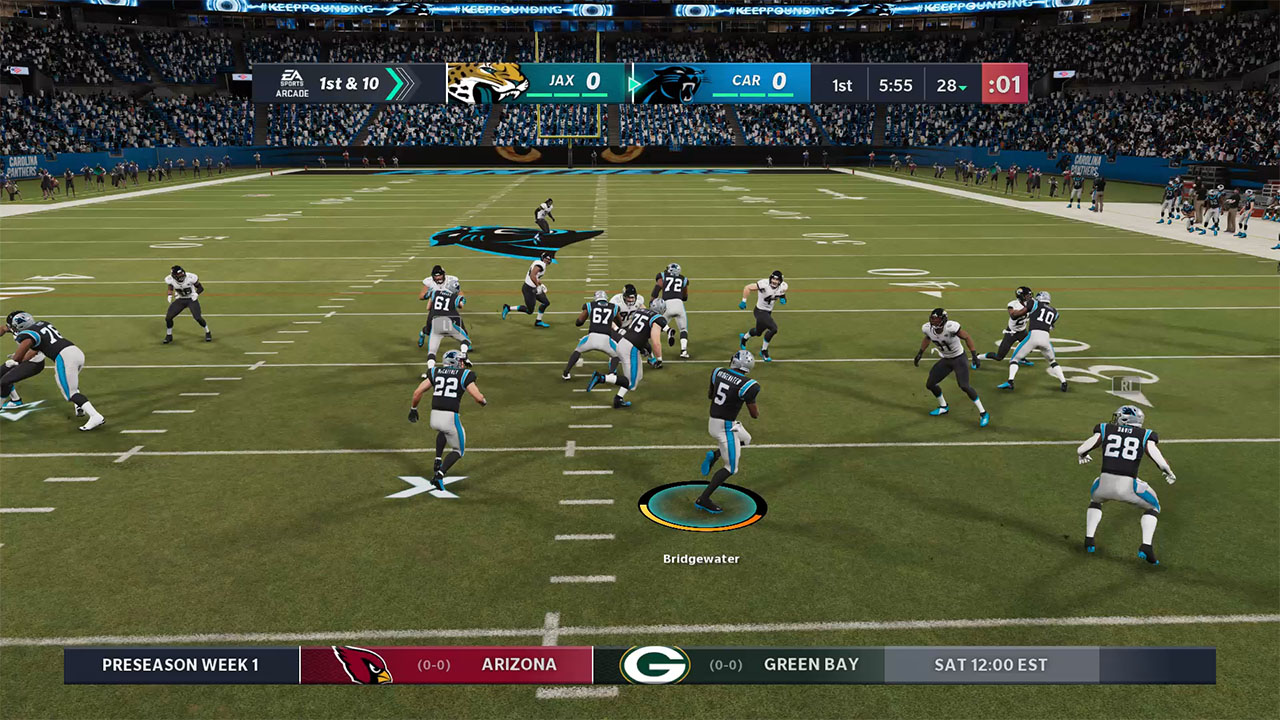 The NFL was once predominantly a passing league with your classic rushing game that consisted of just handing the ball off to the running back. Over the years, the league has taken a lot of inspiration from the college game, especially when it comes to implementing the running quarterback into the mix. You don’t have to have an incredibly fast QB to pull off the option, but it certainly helps. The option has you either keeping the ball as a quarterback or lateraling the ball to one of your running backs to extend the play and this guide will break down how you can do that in Madden 21.

Technically, it is possible to lateral the ball on any offensive play, as sometimes crazy trick plays can be pulled off by having a wide receiver lateral the ball after the catch to a streaking wide receiver next to them. However, those are the exceptions that very rarely work, as typically that just ends up in a fumble. Instead, we are going to focus on how to lateral on designed plays where it can be really useful.

To start, you’re going to want to pick some sort of option play in the menu that is not a read option. The triple option is a possibility here along with a number of others. Most of these only have one player you’re going to be able to lateral to, but there are some with two.

What you need to do is snap the ball first and then start darting in the direction you want to run while keeping an eye on the specified defender that will be highlighted when you hold down R2 to see the play before the snap. What you will be watching for is whether this defender crashes in to the QB or to the RB. If they go after the QB, what you want to do is press L1 to lateral the ball and hopefully find some open space to run with the RB. In the cases where there are two choices to lateral the ball to on the run, they will have icons specifying what to press, which will be either L1 or R1.

With laterals, you have to be extremely careful, as they can be very dangerous. If you lateral the ball with another play in between you and the running back, it will bounce off and cause a fumble. Sometimes just the angle can be bad and be fumbled, so you probably won’t want to rely on laterals all the time.