Madden 21 – How To Run With Your Quarterback

Take advantage of the whole field. 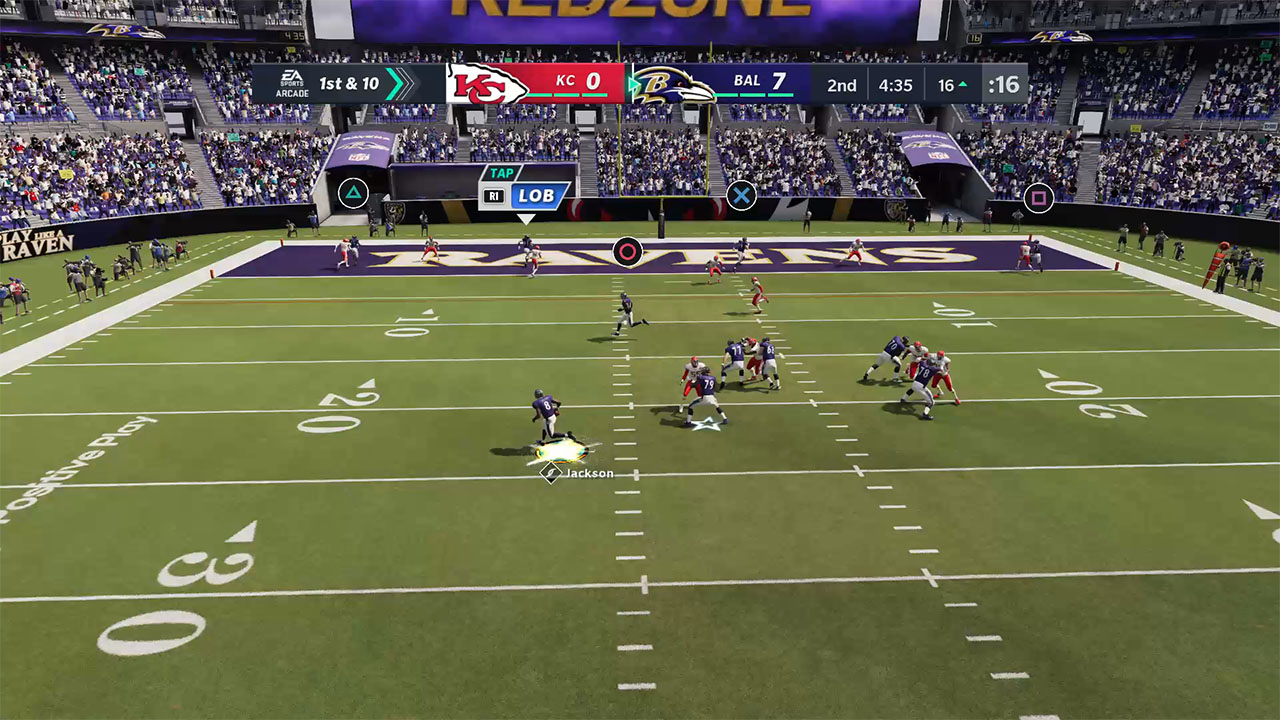 The NFL is ever evolving with different styles of play both on the offensive and defensive side. While there were mobile quarterbacks back in the day, quarterbacks like Michael Vick really revolutionized the position with just how impressive he was as a rusher and passer. We’ve seen many different variations of this since with quarterbacks like Cam Newton, with Lamar Jackson taking his game to the next level last season to really change the QB position yet again. With such prolific rushing quarterbacks in the NFL now, EA Sports has really focused on trying to make the mechanics for QB runs all the better and this guide will explain how you can actually run as the QB.

How To Run With Your Quarterback

Quarterback can one of the most versatile positions in the game, though it really depends on which QB you are picking to use. There are of course QBs that are complete statues and can only pass or vice versa, but a number of them can do a mix of both, some exceptionally well. Lamar Jackson is a great example of the latter, as he proved along the way while winning the 2019 NFL MVP award with a phenomenal season.

You can run with any quarterback in Madden 21, but the degree of success is certainly going to vary depending on who you pick. We’re going to go over a few scenarios here on how to run, including both planned and unplanned running with the quarterback.

Picking a play is going to be the first thing you’re going to have to do and we’re going to start with the scripted runs. For these, you are going to want to pick some sort of option play, with the Read Option being my personal favorite. Option plays gives you a few different choices depending on how the defense reacts. If you see a linebacker crashing in to get the quarterback, you can pitch it to the RB on the outside. If the linebacker goes after the running back instead, you can split the gap and get some good yardage by holding down R2 and running. With a triple option play, you can even hand it off to another running back by pressing X at the right itme as well. When doing the triple option, the default is for the QB to hang onto the ball and get to the outside by sprinting with R2 held down.

The other option for running as the QB are going to be on unscripted plays, where the first option is to pass. Essentially, you can decide to run with the QB at anytime by holding down R2 and moving in the open direction. Some of the best plays to pull this off on are sets with multiple wide outs that are spread out, so that the defenders are more spread out as well. The Four Verticals play that is found in multiple shotgun sets are a great option here, as you can see if you get any open wide receivers pretty quickly and then bolt if you see nothing opening up quickly.

There are plenty of play-action plays that will have the QB rolling out of the pocket almost immediately as well, which are great plays to try and make a run for it. As soon as you roll out, if you notice that there are no defenders on the outside in your way, hold down R2 and just start running for the first down marker. This is also one where you can run to get close to the sideline as well to try and then throw the ball, as long as you haven’t gone past the line of scrimmage.

Home / Game Guides / Madden 21 – How To Run With Your Quarterback