Madden 21 – How To Throw The Ball Away 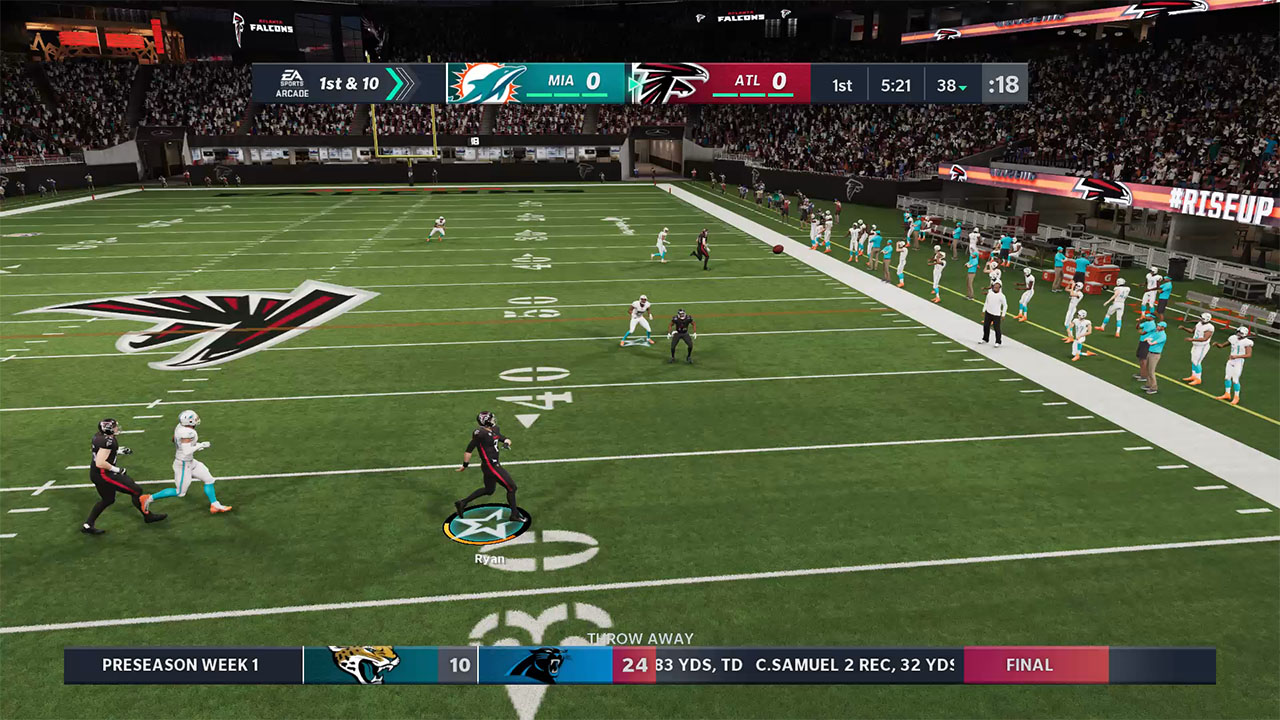 There are a lot of decisions to make on the offensive side of the ball in Madden 21, starting with the play call itself and going all the way down to the end of the play. Unless he hands it off, the quarterback will be the one making the rest of the decisions until a ball is caught by a receiver, leaving them with number of different options. Sometimes there is just no good option to choose from as the QB, which is why throwing the ball away can be a good option to have. This guide will explain just how you can do that without getting a penalty in Madden 21.

How To Throw The Ball Away

Before even thinking about throwing the ball away in Madden 21, you have to be outside of the pocket. Otherwise, you will get an intentional grounding penalty immediately when throwing it away. Instead, you need to run outside of the pocket on either side first of all, when hopefully trying to find a lane to run or an open receiver to throw to.

If there are neither of these once you are on the outside and have a defender getting close to sacking you, you can throw the ball away by pressing R3. For those that do not know what R3 is, that means to press in the right analog stick rather than move it in one of the directions. As soon as you do this, your QB will toss the ball out of bounds. Unlike regular football, you rarely have to worry about the ball not making it back past the line of scrimmage or things like that unless you are really far back for some reason.