Mario Kart 8 Deluxe Guide: How To Unlock The Gold Glider 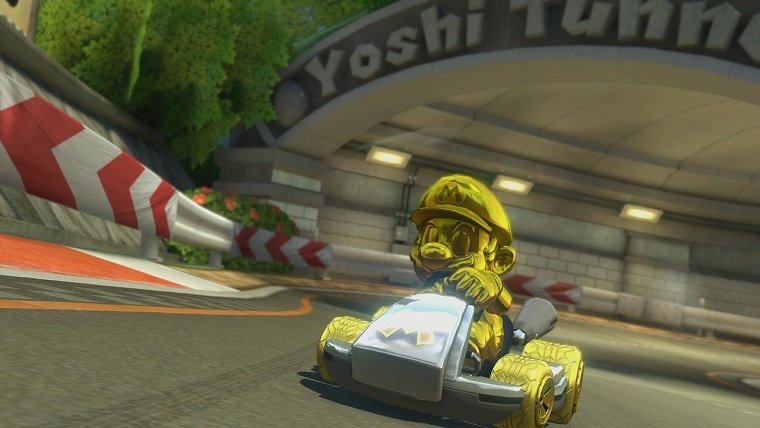 Mario Kart 8 Deluxe is the latest entry in the long running series and is the first re-release in that time. As a result, a majority of the content is unlocked from the get go, though vehicle parts are not. Not all of these are unlocked simply by collecting coins, so we’re here to tell you about one in particular, the Gold Glider.

Gliders are a relatively new addition to the Mario Kart franchise, making their debut in Mario Kart 7 for the Nintendo 3DS. Gliders allow you to do just as you’d assume, glide after going off the right types of ramps. Mario Kart 8 utilized them as well, which meant Mario Kart 8 Deluxe did as well.

The Gold Glider was one of the most time consuming unlockables in Mario Kart 8, but thankfully that has been fixed a little bit here.

In Mario Kart 8, unlocking the Gold Glider required you to collect 10,000 coins, which took a very long time. Considering the other unlockables top out at much lower coin totals, this took a crazy amount of time after getting everything else.

Getting the Gold Glider is going to take awhile, so you might as well work towards it while unlocking the other Gold items. We have explained just how to get those in other guides, as well as explained how to get Gold Mario that would be a great fit inside. Needless to say, you’re going to have a lot of work before you to unlock all of the Gold related items on Mario Kart 8 Deluxe, but at least you’re going to be having a ton of fun while doing so.