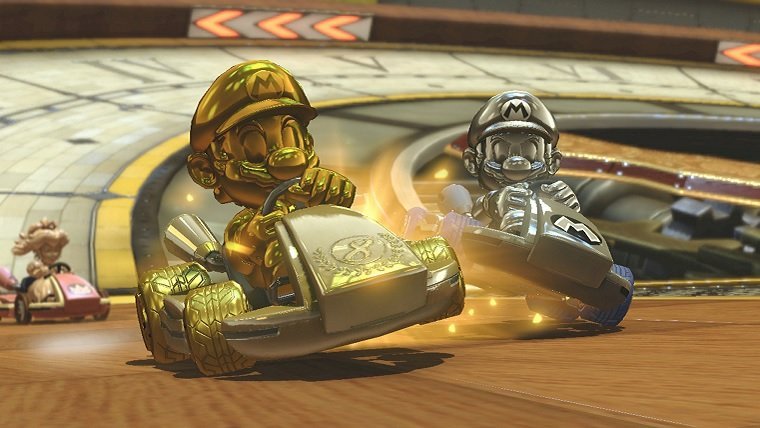 Mario Kart 8 had its fair share of unlockables when it released on Wii U three years ago, but the new version known as Mario Kart 8 Deluxe on Nintendo Switch has changed that. Rather than having much of the character roster and cups need to be unlocked, they are all available from the start. However, what is the same as the original are the unlockable vehicle parts, with a few having specific unlocks.

The majority of the vehicle unlocks in Mario Kart 8 Deluxe are done by collecting coins that then lead to unlocks. Like the method to unlock Gold Mario though as we told you about in another guide, you’re going to have to complete a series of different challenges to get the sought after Gold Standard Kart.

The Gold Standard Kart makes its return in Mario Kart 8 Deluxe and is definitely one of the tougher items to unlock in the game. To unlock the Gold Standard Kart, you will need to play through each of the 12 cups under Mirror Mode. Just playing through these won’t be enough though, as you need to finish each with at least a 1 star rating.

Thankfully, getting three stars is not a requirement, as that would be even tougher, but here you just have to come in first place in each of the 12 cups overall, while also securing a 1 star rating. Getting in first place should hopefully be enough to get you the one star rating, but in the chance it doesn’t, make sure to replay it until you do so.