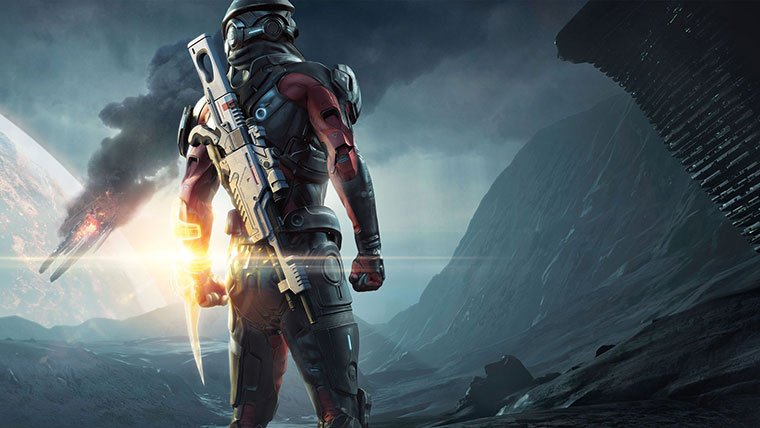 No one ever expected Mass Effect3’s multiplayer to be such a massive success. Originally thought of as a strapped on, thrown together piece of content to fulfill a checklist of what a game required, the mode quickly built a solid audience and showed that not only was it fantastic, but it had room for growth. It did so via DLC, but now we have the next evolution with Mass Effect: Andromeda. To help you get started in this new and improved mode, we put together this Mass Effect: Andromeda multiplayer guide, full of tips on how to win and how to work better as a team.

We won’t go into specific strategies here, instead opting for more broad tactics that will help you in all of your many Mass Effect: Andromeda multiplayer games. Many of these work for other multiplayer experiences, but this is a co-op game so there’s a lot that’s different. If you have any questions please let us know in the comments below. If you want some tips for single player be sure to check out our full Beginner’s guide. And with that, here’es our Mass Effect: Andromeda multiplayer guide.

Mass Effect: Andromeda multiplayer is unlike most other online gaming experiences in a number of ways. You have a large amount of characters to choose from, each with different abilities. The maps are unique, and the strategies required are complicated. Luckily there is a handy tutorial mission available that will teach you a lot of things about the game, some that will even surprise veterans. Be sure to do this mission, if for no other reason than to check the box off in the stat tracker.

Mass Effect: Andromeda isn’t some lone wolf type of shooter. It is a team game, and your teammates will help you through each and every wave of the game. Enemies in Andromeda don’t just fall to a few shots, they’ll often take an entire clip or more. How do you take them down quickly? By working as a team. What do you do when you get downed by enemies? Work as a team. But you can’t work as a team if you aren’t near your team. Forcing them to rush through entrenched enemies will likely just cause them to die, or they’ll just waste a bunch of time. You can go off in different directions, but you’ll probably want to do it in groups of two, unless one person is sniping and wants to be off by themselves. Which brings me to my next point…

Mass Effect: Andromeda is a cooperative experience. Players work as a team, hopefully with all four player slots filled. No matter what the difficulty level, the key to success in a game like this you need to communicate. You need to know what other players are doing, and they need to know what you are doing. Maybe not at all times, but in general. Giving a quick “holding this platform” will tell all of your team that this is a safe spot to hold up, if they want to. “Enemy up above” will focus your teammates fire on that bad guy that’s giving you trouble. I know this seems obvious to those who’ve played online games before, but it’s just that important. You need to be communicating, calling out enemy locations, enemy strength, and what you need your teammates to be doing. If you’re not then you won’t make it out of the silver difficulty bracket.

Use Cover, but Keep Moving

You’ve not listened to me and you’re out on your own with no help in sight. What do you do? Stick to cover. The new Mass Effect: Andromeda cover system doesn’t require any button presses, so just stand next to something and your character will get behind it. Use cover all the time, as much as possible, because it at least helps you avoid getting shot for a while. Wait long enough for your shield to return all the way, then get out and start fighting.

You also want to keep moving in Mass Effect: Andromeda multiplayer. You’d think this would contradict my last point, but it doesn’t. You want to move when you can, and get behind cover when you need to. Enemies will spawn in groups around the map, and moving all the time will get you out of more trouble than it gets you into. Especially on later waves, once enemies start to surround you you will want to bolt and find a nice, safe spot to plan your counter attack. 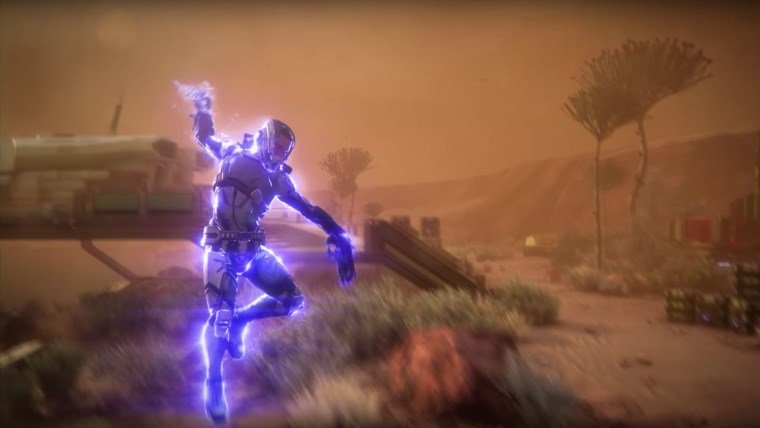 This is still a Mass Effect game, even in multiplayer. That means that whatever character you choose to use will have abilities that will aid in combat in a bunch of different ways. Don’t forget about them, and try to use them as much as possible. Some have a long refresh time, but usually it’s better to use it too soon, than too late. Some also work well together, so look for interesting ways to combine your three abilities for massive damage. You’ll also want to try different characters out. Don’t get too comfortable with one, because there might be better ones out there that you’ve never even tried. However, once you do find one that you like, use it for a while to build it up, making sure to apply your available XP to the abilities that you want to level up.

Mass Effect: Andromeda, like pretty much every other multiplayer experience out there, has crates. These things aren’t just full of cosmetic items though. There’s useful stuff in there, such as health packs, revives, and rocket launchers. You need these for later waves in a lot of games, so make sure you’re buying and opening all the crates that you can, saving up your credits for higher tier ones whenever possible. I’m not saying to buy into the microtransactions necessarily. Just by playing Mass Effect: Andromeda multiplayer you will earn enough credits for some nice crates. Use them and you should have a decent set of equipment for your next fight.

You’ve done it. You’ve taken all of my advice and made it to the final wave of the game. Extraction is only minutes away, and your brain will be screaming at you to get within the shiny circle of safety. Don’t do this. Don’t listen to it. Listen to me. Here’s what you want to do on those last waves. Get everyone together and find a safe spot to hold up away from your extraction point. Hunker down, taking out enemies if you can, especially the big ones that might require your one-time use rockets. When the timer reaches the 20-30 second mark, that is when you want to make your move. This draws enemies away from the extraction point, allowing you a safer final few seconds, which are the key to true victory.