Can you 'break' the game this time around? 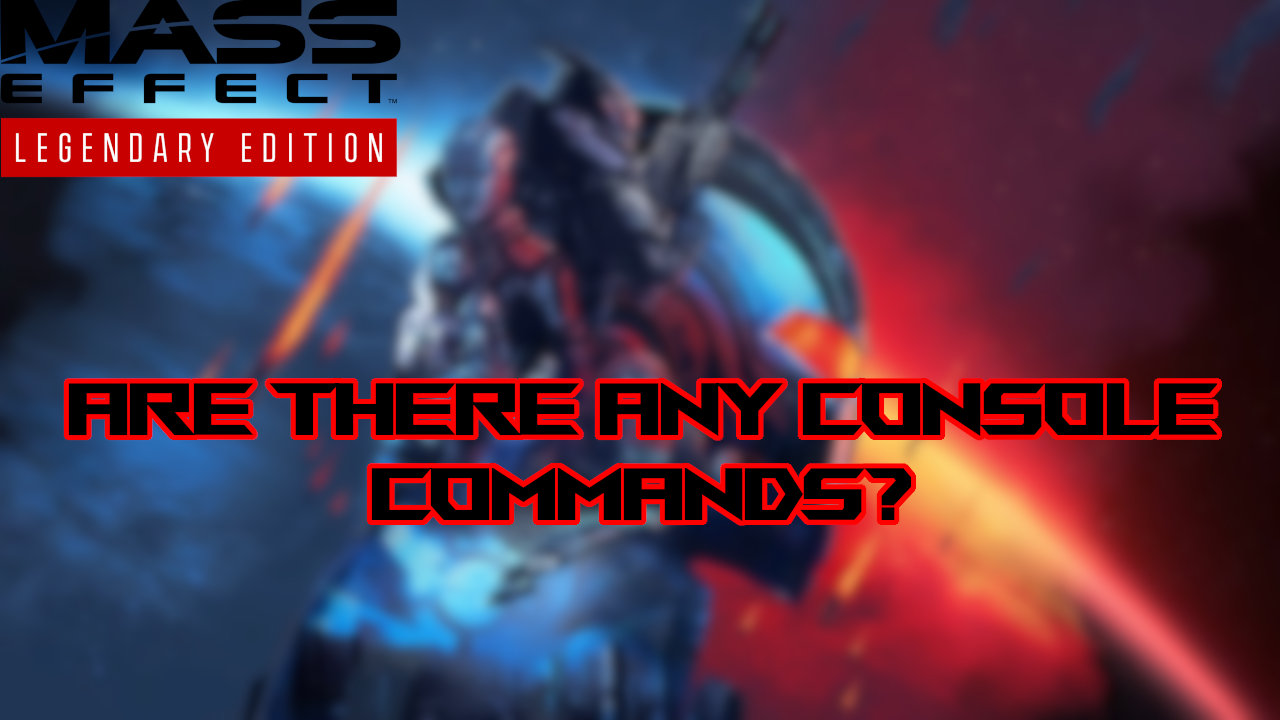 Mass Effect Legendary Edition revamps pretty much every aspect of the original trilogy, and it seems that the old console commands you could input back in the day, have also received some changes. For those that are not aware, in any of the three games included in this massive collection, you were able through some specific motions to open the game’s console and input certain commands with various results. Increasing Shepard’s class points, credits boosts and a lot more were just the tip of the iceberg in regards to what you could do. And yes, we are talking about cheats here, this is essentially what console commands are. The real questions is, does Mass Effect Legendary Edition let you do this again? Let’s find out.

Are there any console commands for Mass Effect Legendary Edition?

If you want the short answer, no, there is currently no way of actually opening any of the three game’s console to type some special commands and tweak any of the in-game assets. Based on a lot of players’ feedback through Reddit and other forums, no one has successfully managed to open the true in-game console and input any commands at all. However, there is a catch.

While no one succeeded through the game itself, there are a lot of claims of users who managed to tweak the game from the outside. Meaning that they did mess around with the collection’s files, and through those files changed aspects of the game like resources quantity, available tools and more. Doing this however, requires good knowledge of a video game’s assets, how they function and even some or a lot of previous coding knowledge. Therefore, it is NOT suggested to try and follow any of these ‘guidelines’ you can find online, as you can really mess up the product. As such, there will be no instructions given here for such actions, as we can’t ensure the safety of your game.

Everything mentioned above shows that Bioware either blocked on purpose the option of opening the game’s console, or they changed certain variables from the inside which entirely removes this feature. Whatever the case may be, what is important is that for now, you are not able to use any console commands to tweak your progress in the game, resulting to experiencing Mass Effect Legendary Edition the way it should be. By playing the game the regular way. All three of the included titles are great, so this wouldn’t be something you should be worried about at all. Have fun and keep exploring the glorious world of this masterpiece at your own pace.