Which family member to choose? 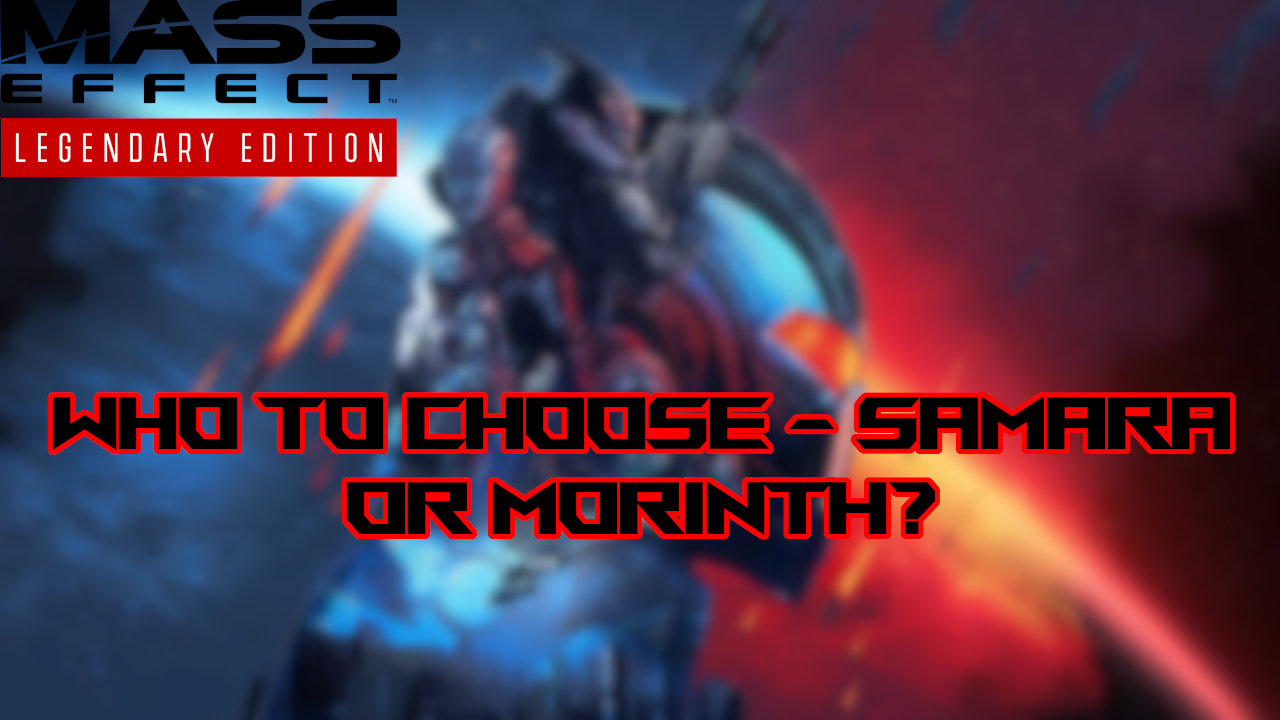 Mass Effect Legendary Edition constantly throws at you tough decisions to make, with Samara and Morinth being just one of those. You are already aware of this, if you actually ended up here, but these two are actually mother and daughter respectively. Therefore, picking one of the two hits twice as hard. And by picking one of the two, we mean that the one you don’t, will unfortunately perish later. This is something extremely harsh, but oddly justified through the in-game events. For knowing more about it and to see which of the two to choose, take a look below.

As mentioned above, Samara is the mother of Morinth, and a Justicar. In contrast, Morinth is an Ardat-Yakshi, who instead of protecting their comrades like a Justicar, end up killing their friends due to a genetic condition, as odd as it sounds. This puts the two females in two entirely different roles, with one saving people and the other taking their lives. Just by hearing this your decision should be obvious, but not really and certainly not easy.

In order to reach the point where you choose any of the two, you need to complete Samara’s Loyalty mission, which is a rather lengthy chain quest. Doing everything (which requires a high rank of Paragon or Renegade) successfully, will result to Morinth actually showing her face to you. If you pick the dialog options that show your dominance over her, it will eventually lead to her wanting to mate with you, through mind manipulation.

The moment she tries exactly this, you will have a Paragon/ Renegade option. In case you pass the specific check, you will end up resisting her mind control and right away you will finally have the choice of siding with Samara or Morinth. At this point, there are a couple of interesting facts that take place.

In case you didn’t manage to pass the Paragon/ Renegade check during the mind bending process, you will help Samara by default but you won’t take any Paragon points for doing so. If you did pass, you will get points respectively, and you will join Samara as she tries to stop and control Morinth.

If you prefer choosing Morinth, a good amount of Renegade points will be added to your pool, and Morinth alongside you will be able to take out Samara for good. Then she will disguise herself as Samara and join your crew in Normandy. This is actually creepy indeed, and provides a very interesting turning of events, with Morinth now actually ‘being’ Samara and she will unlock her Dominate power. If Samara was your final decision, she would return to Normandy with the Reaver power instead.

Consequences of picking Samara or Morinth

It is is simple. Siding with Morinth will make her a playable squad member, but looking like Samara, as she will eliminate the real Samara prior. Picking Samara will do the exact opposite and you return to Normandy like nothing ever happened. Morinth will have the dominate ability and Samara her Reaver power, so if you want to go all-technical, choose the one that fits most your playstyle.

In regards to romance, things get even more interesting. You can of course romance both of them, but with extremely different results. If you end up with Morinth, she will literally die if you romance with her and end up mating, due to again, Ardat-Yakshi genetics. Hey, it’s video games, don’t blame us. This will permanently remove her from your crew, ending up losing both of them in the process, since Samara would be gone already due to the previous instance.

If you try and romance Samara, while she will be flattered and accept your interest to her, nothing will happen as she will eventually choose her Justicar ways over starting anything with you. Harsh. Therefore, romancing with Samara will end up literally nowhere, making it in my opinion the most boring outcome of them all.

And with that, you pretty much have everything you need to know in regards to the choice over these two women. Both gameplay aspects and story elements change depending on what you decide to, so think carefully prior and choose accordingly.