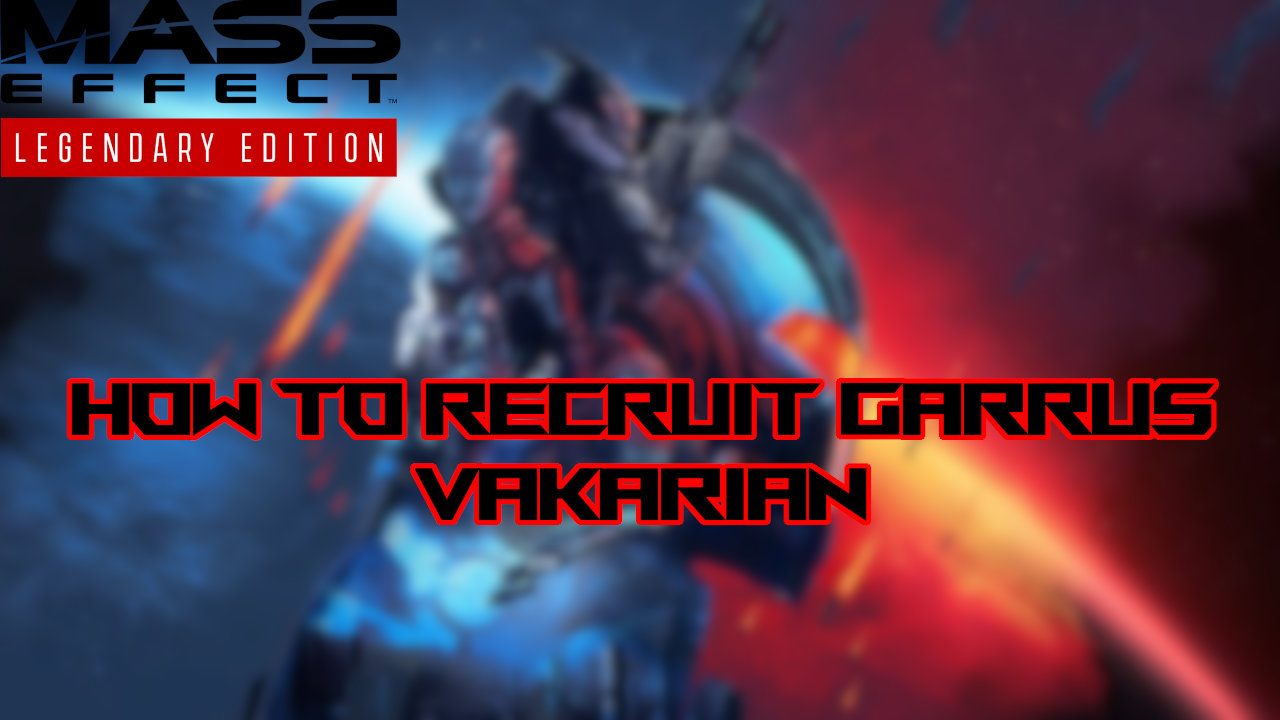 In order to recruit Garrus Vakarian in Mass Effect Legendary Edition, in Mass Effect 1 to be precise, you don’t have much to do. However, Garrus is a missable character, so if you don’t fulfil the requirements when needed, he will ne gone for good and you won’t be able to unlock him for the rest of your playthrough. Being an adept fighter and a long-range specialist, it would be a shame to miss on such a great squad mate. His kit is also suited well against the Geth forces, so overall Garrus can end up a valuable asset to your team. To see what you need to do to unlock him, take a look below.

To recruit Garrus, you need to successfully complete a certain mission. It is called Citadel: Garrus, and you acquire it right after you visit the citadel for the first time. While obtaining the specific mission is not a big deal, you need to complete it the soonest possible if you want Garrus to join your ranks, since after a certain point in the game you won’t be able to do so. We suggest to do it the soonest you can, since Garrus will greatly help your party in any mission with Geth enemies.

Garrus is a Turian, specializing in long range weaponry and tech skills. He is great at dealing with their shields and his kit focuses around supporting you as the main ‘damage dealer’, through his various gadgets and tricks. Even later on, the Turian soldier is capable of handling himself perfectly well, and considering his well-composed nature, Garrus is also a blast to have him at your side at any time. I never completed a Mass Effect 1 run without him, so if you like his company as well, make sure to complete the Citadel: Garrus mission to invite him to your squad right away.