Mass Effect Legendary Edition: How to Save Mordin Solus

Can you save the brilliant scientist? 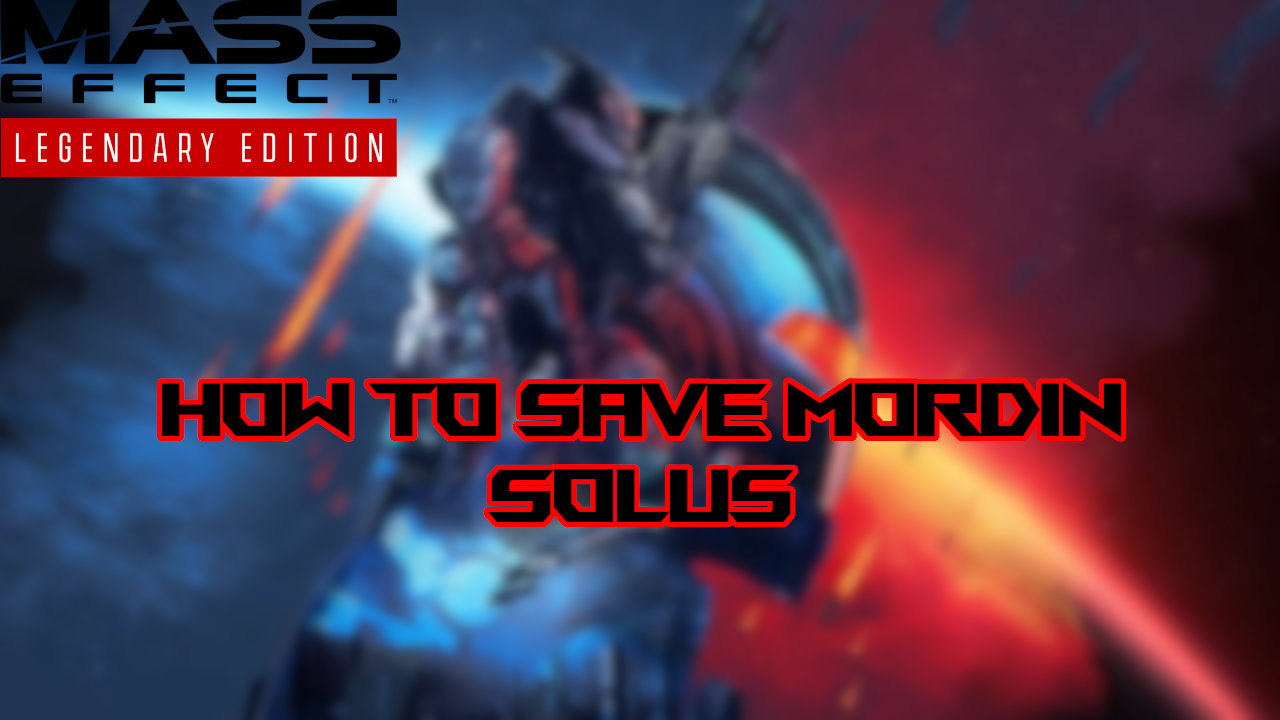 Mordin Solus may not be one of the original members of the crew in Mass Effect Legendary Edition, but that doesn’t make him any less relevant to the story. Mordin is involved in some major events happening throughout Shepard’s journey, that begin in Mass Effect 1 behind the scenes. The Salarian scientist first becomes available mid-way through Mass Effect 2 and keeps being around until Mass Effect 3, where things start to get really bad, to a point where Mordin will face certain doom. It is in your hand to manage and save Mordin as a result, but a lot of effort is needed. We mention everything you need to know below, however beware, are there will be major spoilers of Mass Effect’s story and events.

To even have a chance of saving Mordin Solus, you need to know that you must have a Renegade run ongoing. This includes a very, very hard choice to make in the beginning of your journey, where you will need to choose to kill Wrex instead of saving him. Wrex being dead make things way easier to keep Mordin alive in the end, hence why it is recommended to do so. If you want to save both Wrex and Mordin, it is not possible and will result to both of them dying in Mass Effect 3’s events.

With that said, the next important decision you will need to make, will be during Mordin’s Loyalty mission. It is also essential for the process, so don’t skip it. When you are almost done with the mission, you will have to make a choice between Mordin and his pupil, or rather former pupil, Maelon. The main topic will be Maelon’s data for the genophage, and you HAVE to choose to destroy it, if you want to end up with our crew scientist alive. This will also result to Eve’s inevitable death, triggering the sequence needed for the following instance.

With that said and done, we jump to Mass Effect 3 and the mission Priority: Tuchanka, where things will finally unfold. Before the mission even begins, you will be contacted by Dalatrass. The request will be to sabotage the genophage cure mission, and as a reward the Salarian army will join Shepard’s battle in the end of Mass Effect 3.

Here comes the ultimatum. Avoid mentioning this sabotage plan to anyone in the crew, before or during the mission. Since you will be running as Renegade, you will need to accept the offer and end up letting the genophage plague unleashed with no cure. Almost at the end of the mission, Eve will be dead and Mordin will offer to head to the tower himself, to trigger the cure. This will however lead to Mordin’s death, if he does so, so if you have your Renegade Rank high enough, you will be able to convince Solus to stand down and avoid going to the tower. This is indeed a very hard choice, since it will lead to the extinction of a whole race. Mordin Solus however will remain alive for the remainder of your playthrough in Mass Effect Legendary Edition, so if that is your actual goal, everything mentioned above is the only way to achieve it.