Kill or save the Council? 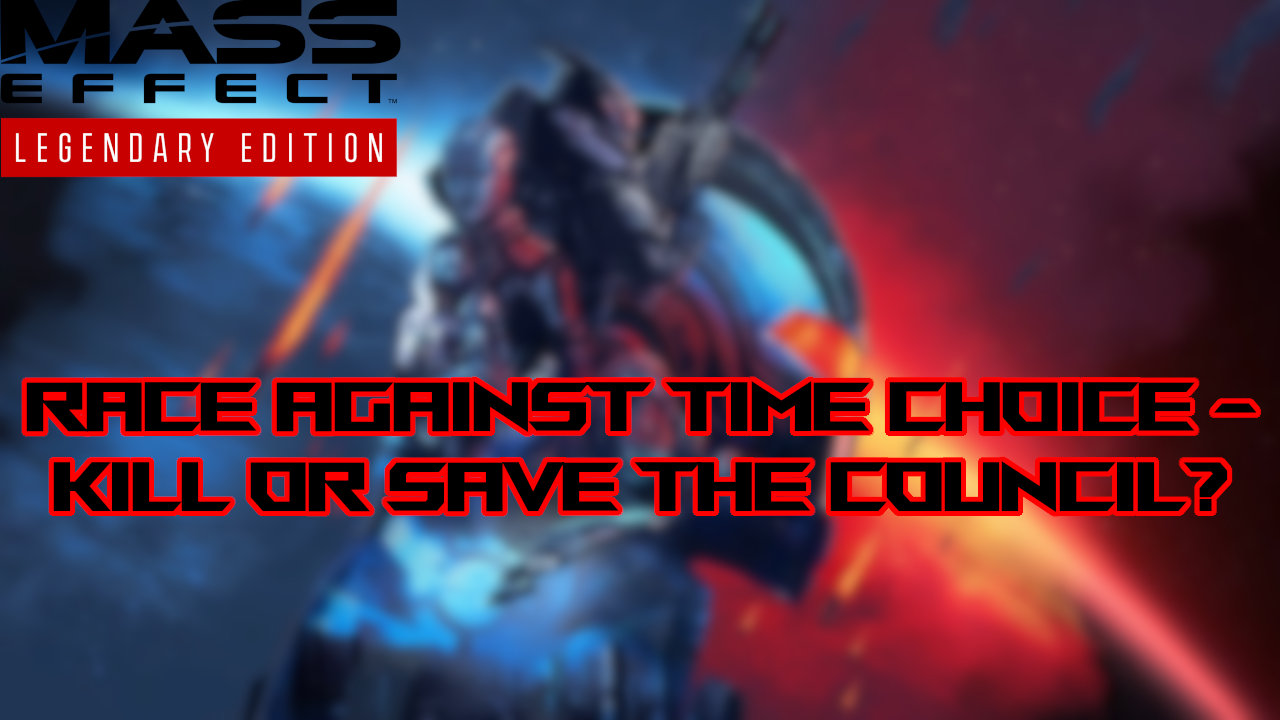 The Race Against Time mission in Mass Effect Legendary Edition is an important one, as the outcome of this decision will affect the rest of your playthrough. There are a lot of game changing choices you need to make throughout the whole trilogy, and those that affect the flow of the story itself do matter a lot. Killing or saving the council in Mass Effect 1 is exactly one of those and the results of whatever you pick, will play a major role further down the road, in both Mass Effect 2 and 3. If you don’t want to leave it to luck and see what will be the consequences of your decisions, take a look below as we explain everything needed.

Race Against Time mission in Mass Effect Legendary Edition – Kill or save the Council?

To avoid spoilers as much as possible, we will fast forward to the actual dilemma itself. The Council is in constant argument with Shepard, in regards to the whole Reaper threat. Either they don’t believe his claims, or simply they turn down any of his proposals. This eventually leads to a situation where the whole Council will be in dire danger against Reapers and you will have the choice to actually help them, or let them to their not-so-promising fate.

In case you decide on saving everyone in the Council, your Paragon rank will of course raise and the events will lead to Shepard finally getting the trust he deserves. The Reapers are pushed away and the Council in return thanks you by letting you put a human representative in their ranks. Your two choices will be Udina and Anderson, so pick whoever you prefer as it matters little to the whole story.

In case your Renegade urge kicks in and you decide on letting everyone die, this is exactly what happens. Not to go in details to avoid spoilers again, but literally everyone perish and the events follow a much more grim route. In the end, after everything has unfold, Udina either creates a brand new Council if you’ve end up as a Renegade, or one made from multiple species if you are a Paragon. Then, you again have the option of putting Udina or Anderson in charge, making it the only outcome that doesn’t change.

What happens in Mass Effect 2 and 3?

Here is the most interesting part of this whole instance. Letting the Council die doesn’t change much in the later games, but if you do save them, then you will have the Destiny Ascension battleship without a scratch, to your ranks in Mass Effect 3. This will be a great help against the dangers that lie in that title, and also everyone in the Council and the likes will address you with respect. They will still be annoying every time they can, but you have now earned their trust, respect and most importantly, loyalty. If you do fancy what you hear, saving the Council in the Race Against Time mission in Mass Effect Legendary Edition, is the route you need to follow.