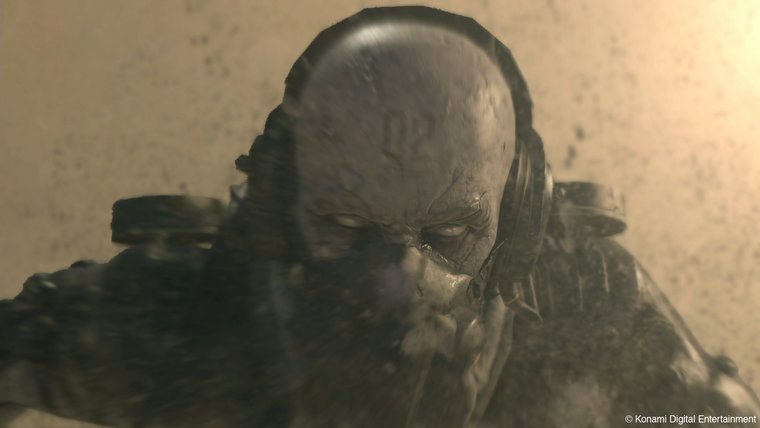 Metal Gear Solid V: The Phantom Pain certainly has its fair share of true boss battles, but there are also some that can be taken care of in a few different ways. One of those in particular is the first true face off against the Skulls in Mission 6 – Where Do The Bees Sleep?

This is a relatively long mission compared to any before it, with you having to make it past a number of enemies just to find the Honey Bee weapon. This can be hard enough in of itself, but after you finally make it through, you will be in an more enclosed area. You’ll eventually find a stream hidden in the back of the building areas and within one of the rooms, you’ll find the Honey Bee weapon.

After finding the weapon, you will be told to try to escape the area. After you get back to the outside area where enemies are everywhere, the game will move to a cutscene where Skull Face shows up with his army of Skulls, though with only four this time.

When the action resumes, you will be facing off against these four Skulls, as well as multiple enemies that they have taken control of. There are a few different options that you can take here. The first is to just try and escape by running, which you can do. The other options involve fighting these Skulls.

For those that don’t care about the optional parts of missions, you can end this one rather quickly with the use of the Honey Bee. Just lock on to each of the Skulls and fire. After a few shots on each, you will have them taken down and the battlefield will clear out with all enemies gone, leaving you able to search the area for any items and materials you may have missed.

The other alternative is if you are going for the optional part of the mission where you have all of the Honey Bee ammunition in tact. This means you have to take out the Skulls the old fashioned way.

If going this route, you firstly want to try and mark the four Skulls with your binoculars. You have to be very quick with this and then start to get on the move, because if you don’t, you will die quickly.

Now you want to mostly stay on the move and start firing on the Skulls when possible and their health will gradually go down. Taking down the enemies they are controlling should also help you to survive, though they take more hits than usual, so be careful.

The Skulls will start to come after you at times and if they do their jump move, make sure you are looking straight at them and you will be prompted to hit the right trigger for an instant kill. This is the easiest way to take down the Skulls in no time, but it’s hard to get them to exactly cooperate to pull this off every time.

This overall isn’t very hard, but may take a few tries to get the feel of the fight if you aren’t going to go the Honey Bee route. Make sure to stay tuned to AOTF for plenty more guides for Metal Gear Solid V: The Phantom Pain.