Minecraft: How to Make a Nether Portal 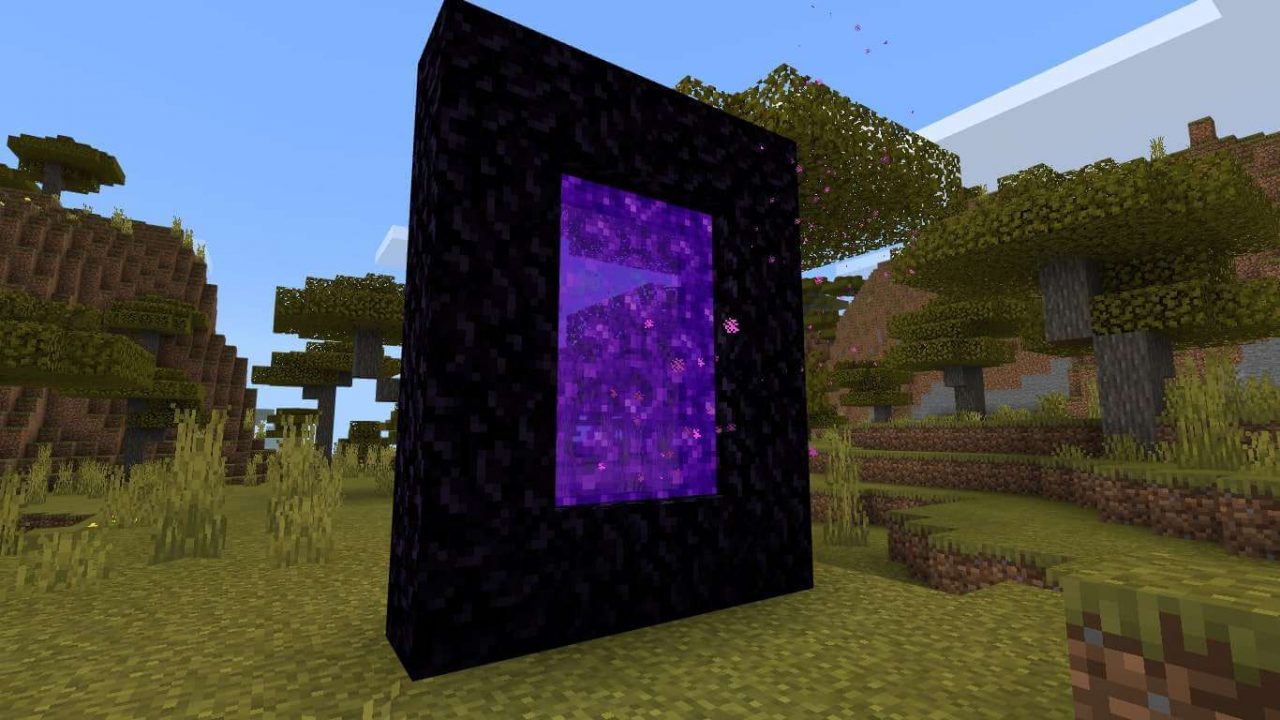 The Nether is one of the most expansive and interesting parts of Minecraft, so we’ll be taking a look at how to make a Nether Portal. The exact size and shape of a Nether Portal can come in many different forms, so we’ll mainly be looking at what’s needed to make a basic portal.

How to Make a Nether Portal

The primary block that’s needed in order to make a Nether Portal is obsidian. Obsidian is created when water flows over lava source blocks, and as such can sometimes even accidentally form deeper underground due to stray water flow. A diamond pickaxe is needed in order to mine this block, and even then it will take a while. At least ten blocks of obsidian are needed to make a portal so gather those up and head over to wherever you want to build it. The smallest shape of a portal is as follows, two blocks of obsidian on the bottom with a filler block of some kind in the corners, three blocks of obsidian on top of each of the two fillers, and then two more blocks of obsidian across the top. If you’ve done this correctly, there should be a two-block wide and three-block tall opening with edges made out of obsidian. The final step is to take a flint and steel, which can be made by crafting together flint and a bar of iron, and right-click on one of the two bottom blocks. This will ignite the portal and create your pathway to the Nether.

If you’re feeling a bit more stylish, however, there’s another thing to know about making Nether Portals. They can be made far larger than this, up to twenty-three blocks in each direction in fact. Any bigger and the portal won’t ignite, but even so, this can give you a lot more space to work with if you want to decorate your portal. It’s also safe to put blocks in front of the portal blocks as well, it won’t ruin your portal. So go ahead and make some portals, but don’t forget to bring along some flint and steel to Nether with you just in case something happens on the other end.

Home / Game Guides / Minecraft: How to Make a Nether Portal