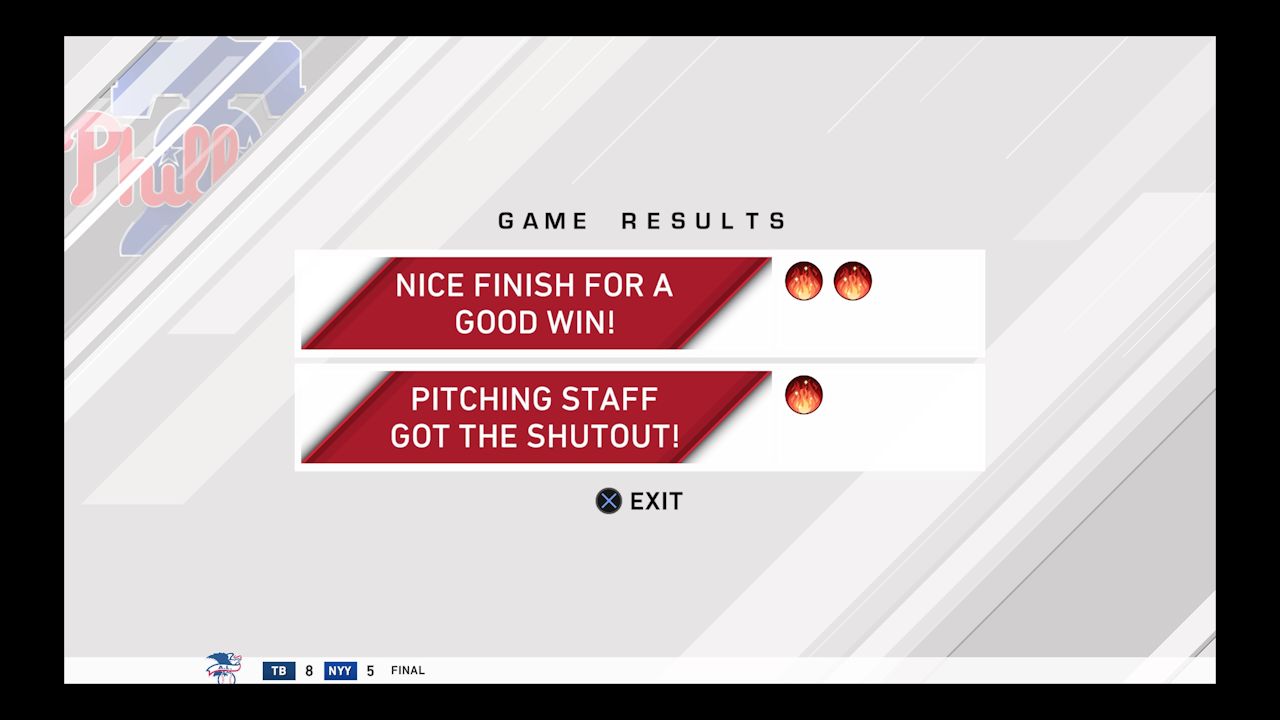 MLB The Show has gradually added new game modes over the years, with the addition of March to October in last year’s game being one of the best. This streamlined season mode does not require you to play every game or even all of certain games. Instead, it will pick key moments that can affect your season and throw you right into the mix. Momentum plays a bit key here as well, as it can make a difference of if your team wins or loses when being simmed. There are ways to gain more momentum in March to October for MLB The Show 20 and this guide will explain just how you can do so.

How To Gain Momentum in March To October

March to October is pretty random on the games it sims and the games it makes you play in some capacity. These key moments may be a final chance with the bases loaded and the game tied in the bottom of the ninth or throwing you into the 7th inning with a two run deficit that you must make up. There are many different types that you will come across, with the goal always being to win of course.

The way to gain momentum in March to October mode is done by doing just that, win. If you manage to complete the task given to you and win, your team will gain momentum for the upcoming stretch of gains. Sometimes you can even earn extra momentum for completing certain tasks, such as seen in the image above. In that case, we received two pieces of momentum for winning the game, while also getting an extra for pitching the shutout in the game. We could have still gotten the other momentum if we gave us a run and won, so it’s always good to try and get extra.

When you gain momentum, it will be randomly placed on certain upcoming games that cause you to win. In the same way, losing matchups you play can lead to cold streaks that lead to more losses instead. You cannot allow yourself to string together too many losses in a row, because it can be a tough hole to dig out of if you’re not careful.