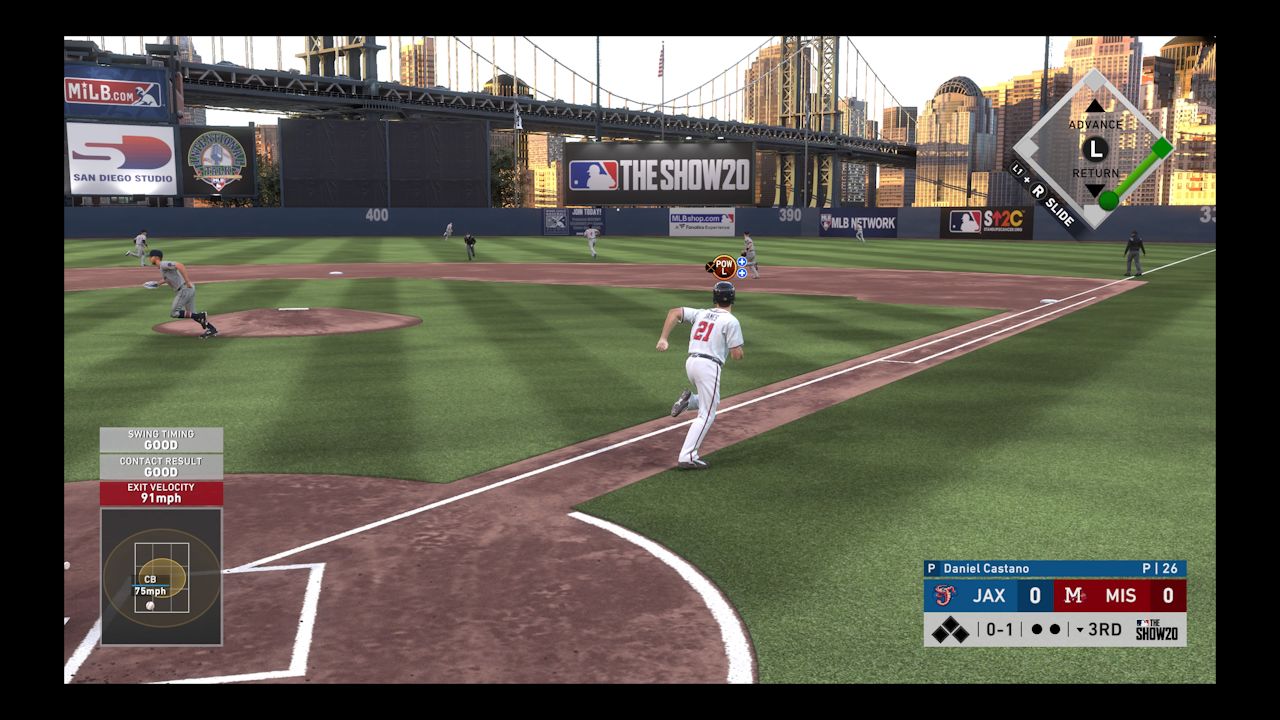 MLB The Show as a series has been the best way to experience the sport in gaming form for years now thanks to the simulation style and very realistic gameplay. This realistic gameplay can almost be a bit too real sometimes, which makes hitting very difficult. While there is no guaranteed way to get hits, this guide will give some tips on how to increase your batting average in the new MLB The Show 20.

Hitting is always one of the most difficult aspects of MLB The Show regardless of what hitting type you use and that is not different in MLB The Show 20. To start, you get to choose form one of three different hitting interfaces, which is really more of personal choice than anything else.

The Directional hitting interface is the default, where you use the four face buttons to hit, which include Normal Swing, Contact Swing, Power Swing, and Bunt. Pressing X will do a Normal Swing, which is the one you will want to be doing more often than not. When you really want to try and lay into the ball on a pitch down the middle, pressing Square for the Power Swing can be a help. You have less range here though, so be careful. Contact Swing can be done by pressing Circle and the goal here is to get the ball in play. Bunting can also be done with Triangle by either pressing early for a Sacrifice Bunt or pressing late for a Drag Bunt. Drag Bunts can help you get on base with super fast players, but usually aren’t worth it.

With the Directional hitting interface, the goal is to press one of these face buttons and also use the left analog stick to influence a fly ball vs. a ground ball by holding up or down respectively. On top of that, you can influence hitting the ball to the left or right right by moving the stick that way as well.

The Zone interface is quite similar, as you will be relying on the four face buttons just as with the Directional. However, where the difference comes into play is hot you handle the left analog stick. With Zone Interface, you will have what is known as a Plate Coverage Indicator, or PCI, that you can move around with the left analog stick. The goal here is to move the PCI around to the area where the ball is going and then press the button for the type of swing you want on it. This requires being a lot more precise than Directional hitting, so you will have to take some time getting good at Zone.

The third and final hitting interface is the most different of all with Analog. Analog utilizes the right analog stick instead of the left, with it being used entirely for the Normal Swing. To execute this, press up on the right analog stick for a Normal Swing. If you want a Contact Swing, you can move it to the left or right, while holding back and then swinging forward will pull off a Power Swing. This can be really hard to pull off timing wise, so most players will probably want to avoid Analog hitting if they want to succeed, at least at the start.

Regardless of the hitting interface you choose, we have a few tips to help you string together no hits, though there is no guarantee. The first tip is to be patient at the plate. There is no reason to rush at the plate, as you have three strikes to work with. Unless you get a perfect pitch right down the middle, you typically want to avoid swinging at the first pitch. Try to get ahead of the count if you can and that will force the pitcher to give you better balls to hit on hitter’s counts.

You’re also going to want to try to figure out what are the best types of pitches to get the types of hits you need. Keep an eye on the Swing and Contact timing to see if you’re swinging too early or too late. You want to try and aim for better timing on these, with the best goal being to reach the new Perfect tier for both of them, which will basically guarantee a big hit for you.

The biggest hints are to practice with your hitting interface of choice and to work towards getting hitter’s counts. Being patient can make all the difference in the world. I know I’m one that sometimes can’t resist hitting everything thrown at me, but that rarely works out, so you must take your time and you’ll start stringing together hits in no time. Don’t be discouraged if you have a bad inning or game, as that’s just baseball. Everybody has slumps, so you are bound to get shut out eventually.