MLB The Show 20 – How To Open Card Packs

Get new cards to add to your Diamond Dynasty team. 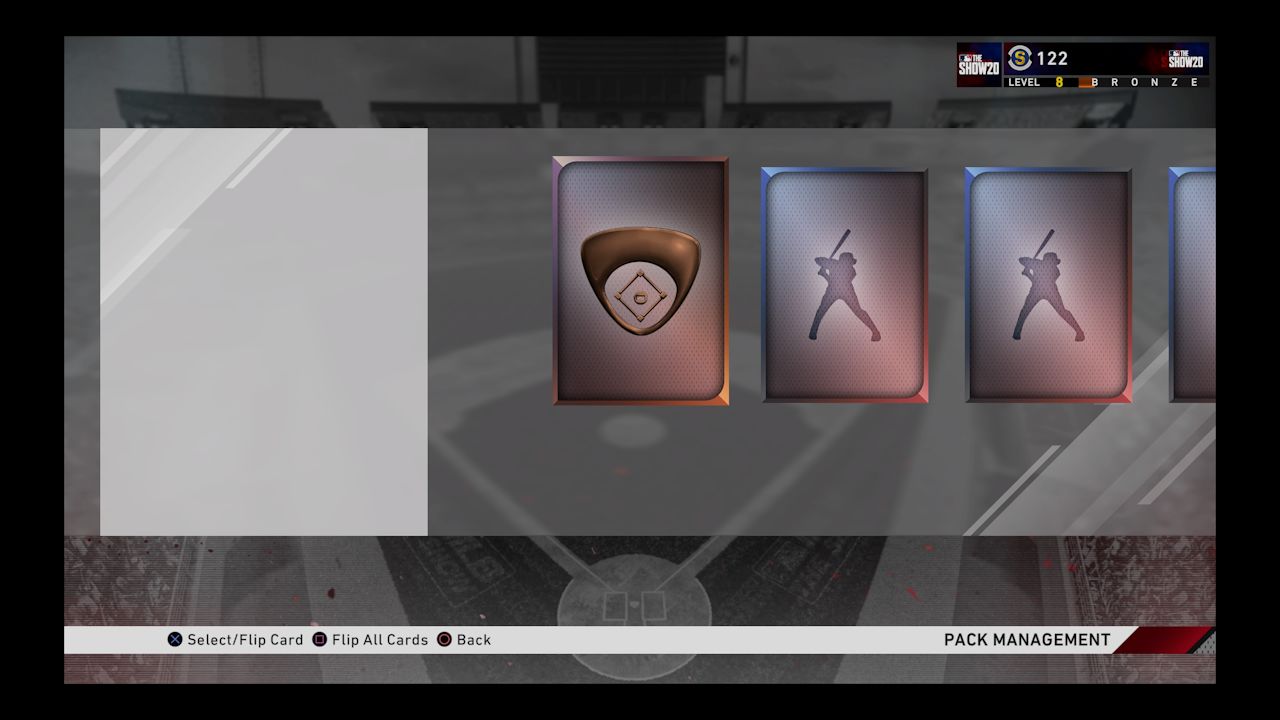 Card collecting has become a big part of the sports game genre for years now thanks to popular game modes like FIFA Ultimate Team and of course MLB The Show’s Diamond Dynasty. There are multiple ways to earn cards in the game, but the most basic one is through the opening of card packs. The actual card packs are placed a few level deep into the menus, so we thought it would be a good idea to tell you just where you can find them to open up in MLB The Show 20.

How To Open Card Packs

Whether you have received card packs based on the version of the game that you bought or bought them with stubs, you are going to want to open them up. If this is your first time playing the series and saw about having a bunch of card packs, you might wonder where they are when navigating the main menu, as they are nowhere to be found. However, that is because they are held within Diamond Dynasty mode themselves.

To start, open up Diamond Dynasty mode from the main menu. If you have not created a team and gone through the tutorial, do that first before doing anything else. You can skip this if the game tries to run you through it a second time though, which happened to me for some reason.

Oncxe you are within Diamond Dynasty, scroll over to the fifth tab titled “Shop.” Then go to the top right icon for “Packs” and click on it to provide you with two options. Obviously, the one you want to pick here is “Open Packs.”

As long as you have packs to open, they will then be on this screen and you must go from one to the next. There are options to open these packs card by card or just reveal them all at once, so you can choose the method you prefer and open up all the packs that you own.