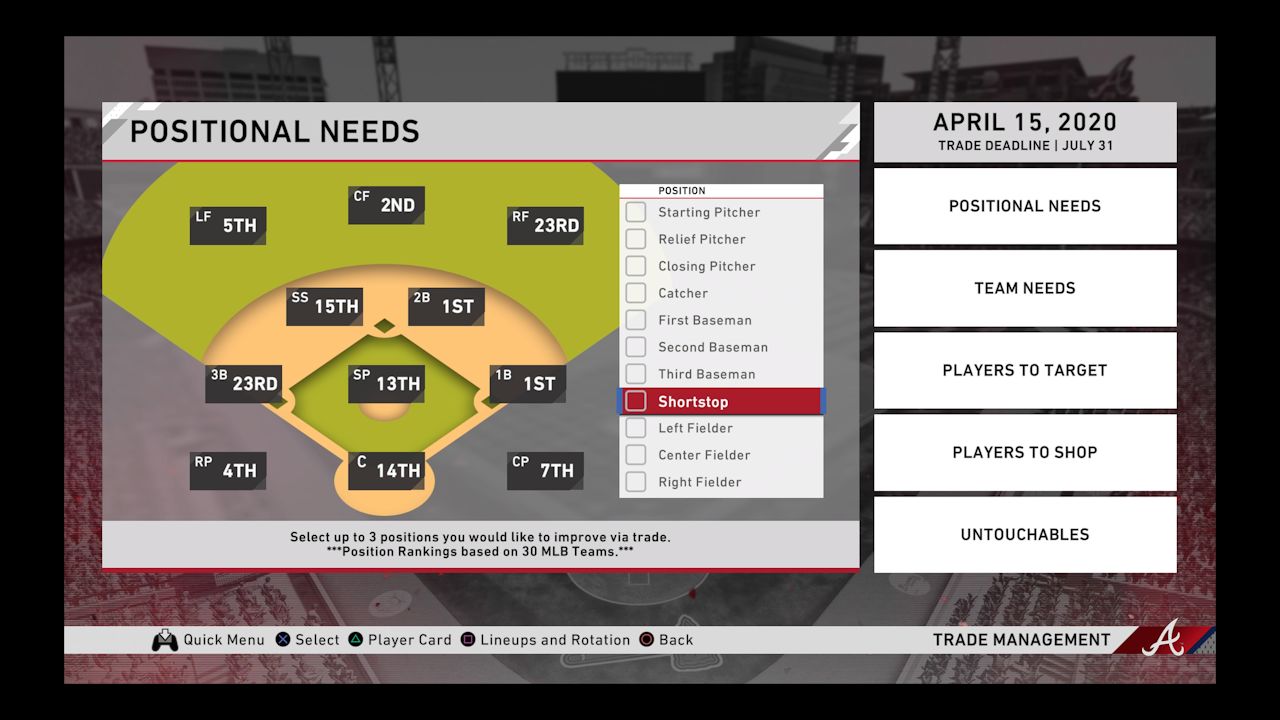 March to October mode was a fantastic addition to MLB The Show when it was introduced last year as a faster paced season mode that skips around. While this was great, you felt really hands off on everything else along the way besides the few moments you get to play. MLB The Show 20 changed this by adding some new features, such as the trading system that can come into play throughout the season.

How To Trade In March To October

After you start up a new season in March to October and get a few weeks in, you will see the above menu that asks you what you positional needs are for your team. You can choose to pick some or just leave them blank if you don’t really care to target certain positions.

On top of positional needs, you can target specific players you would like to potentially trade with later in the season, as well as players you would be up to shop. It is also important to list your group of untouchable players, so that it won’t waste your time with potential trades involving those players. 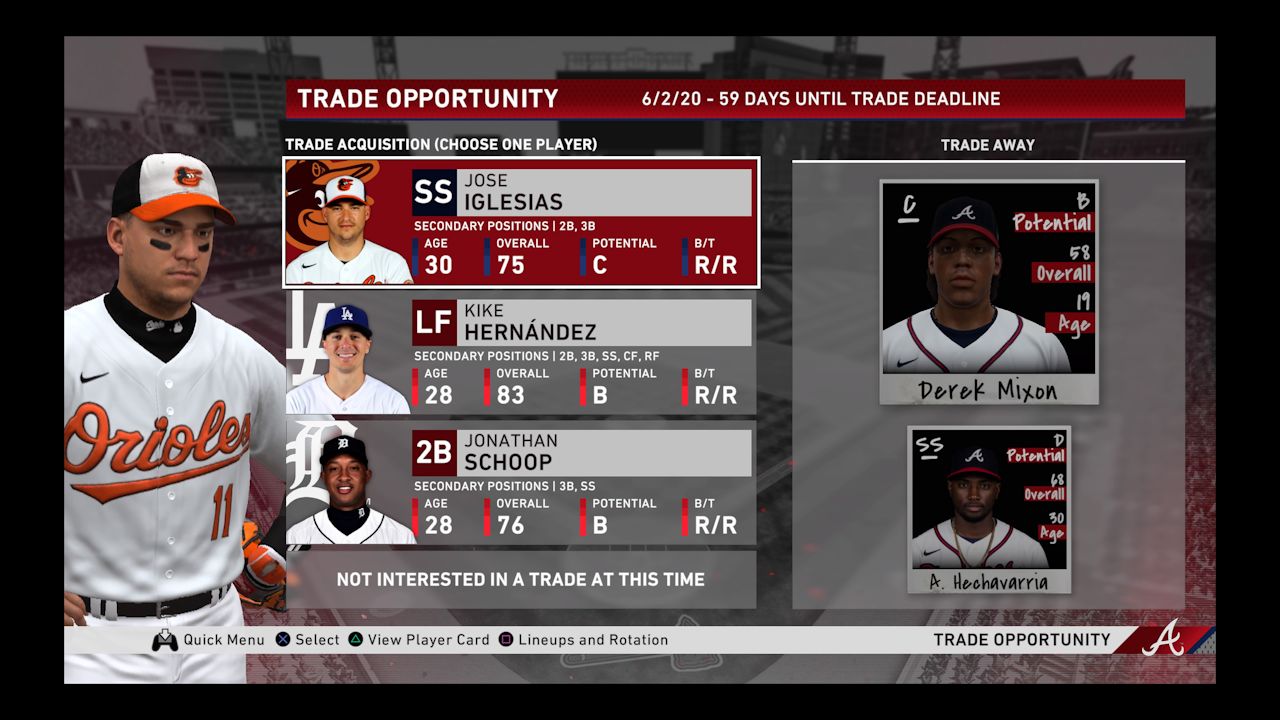 After setting you trade information early in the season, you will then sporadically receive trade offers between games that look like the image directly above. You will have three trades to choose from that the game has picked for you, which should be tailored to your trade needs set earlier in the season. If you are not happy with any of the three trades offered, you can also say you are not interested and you will just move onto your next game instead.

More trades will continue to pop up throughout the season, so if you are not happy with the ones provided, there is no need to worry. Just wait for upcoming trades that will be offered at times up until the trading deadline on July 31.