Now that players have early access to MLB The Show 2022, they’ll find themselves thrust into the world of Major League Baseball, but what they possibly didn’t expect were some light RPG elements. As you play through the game, you’ll be able to earn XP that you’ll be able to use to upgrade your player as you compete to become the next MLB champion.

However, as this can be a slow grind, let’s take a look into some alternative methods that you can use to continue to grind and gain XP, earning upwards of 20,000 XP per hour, allowing you to dump a lot of points into your player. Let’s dig into these methods and see what we have to do! 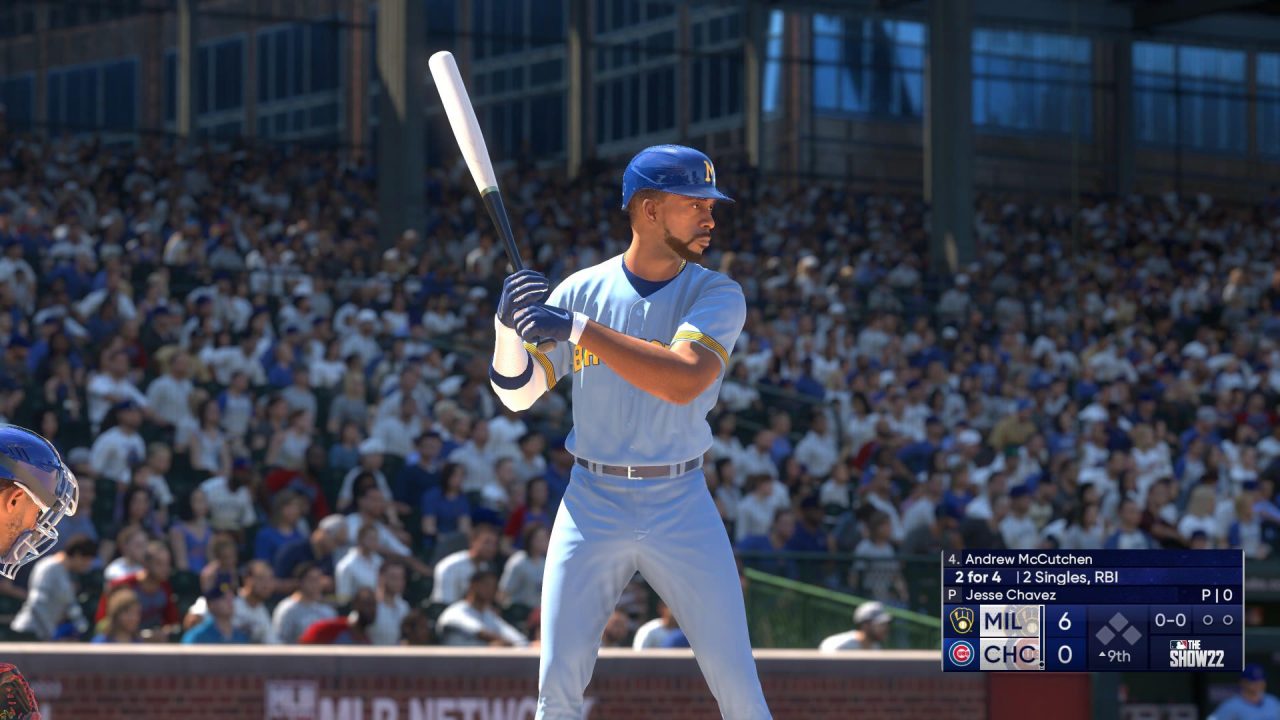 After that, you’ll want to go to Settings, File Management and Load. Load up the new roster that you had just downloaded, and you’ll be ready to go. You’ll also want to select Fast Play for your Presentation mode, Pitch Selection Cameras to None, Batter Walkup to Off, Pitching Interface to Classic, and Pitching Difficulty to Beginner.

Go to the Exhibition, and select Saint Louis Cardinals for the Away team, and the Minnesota Twins for the Home team. You’ll be playing as the Home team for this method, as well. Turn on Fast Play, Quick Counts, and 9 Innings. As long as you see the character Joe GoodPitch on the roster for the Minnesota Twins, toggle Player Lock, and you’ll be ready to continue with this method.

At this point, you’ll just want to continue to throw strikeouts, and you’ll be raking in about 1,500xp in 5 minutes. As you can restart the game, rather than going back to the main menu, you’ll be able to just keep raking in the points per match.

This method is very similar to the one posted above but shows the difference between selecting difficulty levels and how much XP you can earn. In the video posted above, Veteran pitching difficulty was selected, and they were able to bring in about 2,500 XP in the same period. If you are looking to use this method, you’ll want to search for LSC XP by TYLightSkinChris under Roster.

With his method, you’ll want to select the Angels, who happen to have a 99 Level Locked Ohtani vs the Astros with a 0% player rating.

Following along with either of these two methods will allow you to unlock massive amounts of XP in a short period, letting you unlock new cards, upgrade your players, and so much more. If you have the Deluxe Edition of the game, you’ll be able to get a bit of a head start on other players, as well.