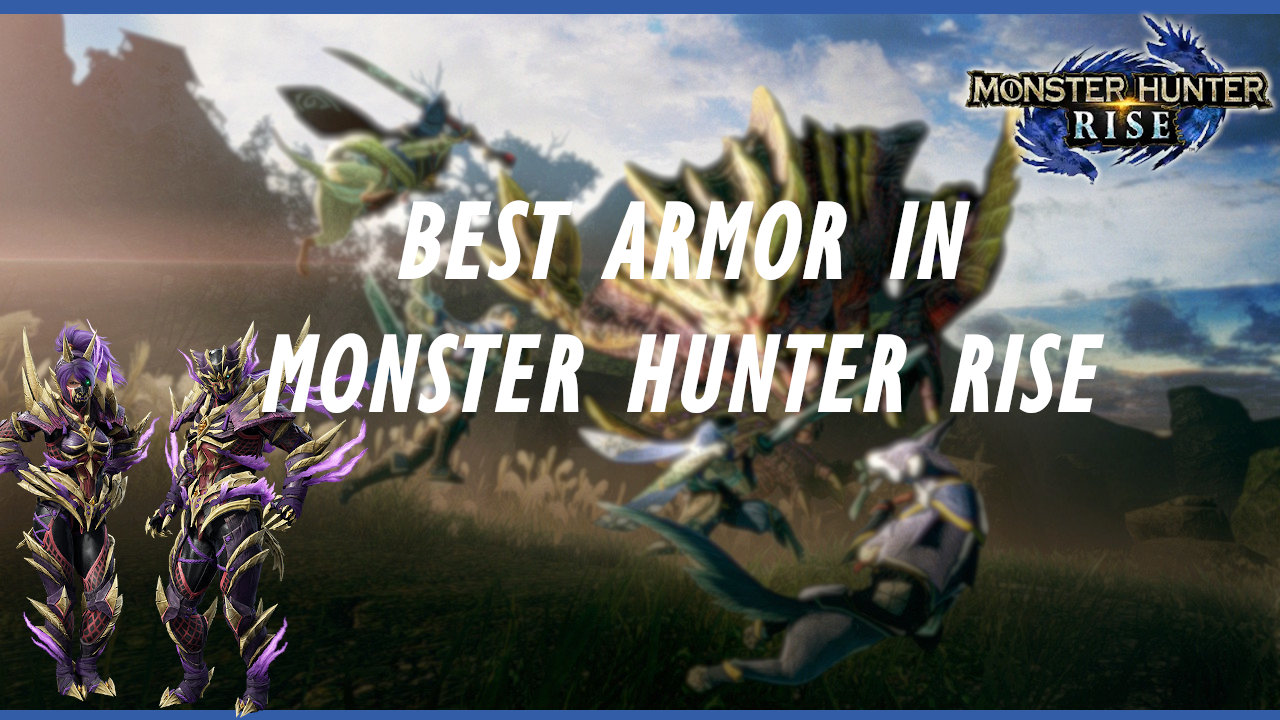 With so many armor sets in Monster Hunter Rise, it’s hard to actually find the very best armor pieces to wear in your journey. Hunting monsters can be done with any equipment in the game, but to hunt efficiently, you need the very best Rise has to offer. Below we will take a look to such gear and why some specific items shine so bright in comparison to others.

While there is no clear winner in terms of ‘best’ armor in the world of Monster Hunter in general, there do exist some specific armor pieces that do well in any situation and can fit almost any kind of build you try to set up for your hunter. There are hundreds of different builds out there, making the whole process really subjective, but treat the listings below as suggestions or even stepping stones to work around with, and come up with an interesting setup.

Very likely the only piece in here that is ‘best in slot’ as a lot of players call it, since it literally has no competition on how useful it is. Weakness Exploit is a skill that is sought after for pretty much every build in the game, and for any weapon as well, and with two points right away, this waist is a no-brainer for any offensive setup. With a talisman that has Weakness Exploit, even at LV1, you are maxed out on one of the most important skills with just two pieces.

Another contender for ‘best in slot’ for the feet category, Golden Hakama is simply amazing with the infamous skill Critical Boost at LV2, and two decoration slots as well. Critical Boost, like Weakness Exploit, is pretty much a must for any offensive build, hence why this gear is so important, and easy to fit in in a lot of builds.

Attack Boost is a very helpful and important skill, and Rathalos Braces S has two levels of it, which can easily be combined with Anjanath Coil S to reach Attack Boost LV4 right away, which is enough to take the most out of this ability. Most notably though, is Rathalos Braces S’s LV2 deco slot, which is extremely important to slot in very good decorations. An alternative to these braces is the Anjanath Vambraces S, but they only have a single LV1 slot, being a rather big drawback.

Attack Boost LV2 and 3 deco slots with one being a LV2 one, make Anjanath Coil S an excellent choice for anyone who doesn’t want to use Skalda S/ Spio Elytra S. Paired with Rathalos Braces S, they hit the sweet spot of Attack Boost LV4 very easily, and with so many deco slots you have literally dozens of options to improve further your setup.

There is no reason to not have this piece of armor equipped, when you first traverse through the dangers of High Rank quests. You can make it or buy it very early into HR, making it a solid choice for any build, even for more advanced setups.

Easily overlooked due to how early you can make it when you jump into HR, Hunter Mail S is a great armor piece due to having the invaluable skill Handicraft, making it the only gear currently that has this ability.

It may be completely useless for melee builds, however a mandatory tool for Bow users, even without a single deco slot. Bow Charge Plus is simply too good to pass.

Another armor piece with the important Critical Boost skill, Remobra Suit S can be either equipped with Golden Hakama to max out the specific skill, or used as an alternative to have the skill at LV1, if Golden Hakama is not an option.

The reason why these are listed together, is because they have literally the same skills and deco slots, filling the same purpose. You can wear any of the two to fill up the Weakness Exploit skill, or even wear them together in order to reach LV2 just like that, and pair a Weakness Exploit LV1 talisman to max it out. Both are great fillers, and most likely the earliest way you will get access to this important skill.

There is a ton more items to be considered as best armor pieces in Monster Hunter Rise, depending on what you are looking for, but all of the above are the ones simply being more efficient than others, providing a good amount of versatility an ease of access to some very strong skills. For the time being, there isn’t a single top end-game build that doesn’t include at least one of the items mentioned here, making them top tier in their field. Good luck farming the materials needed for any of these items!