Find out what are the best skills to aim for 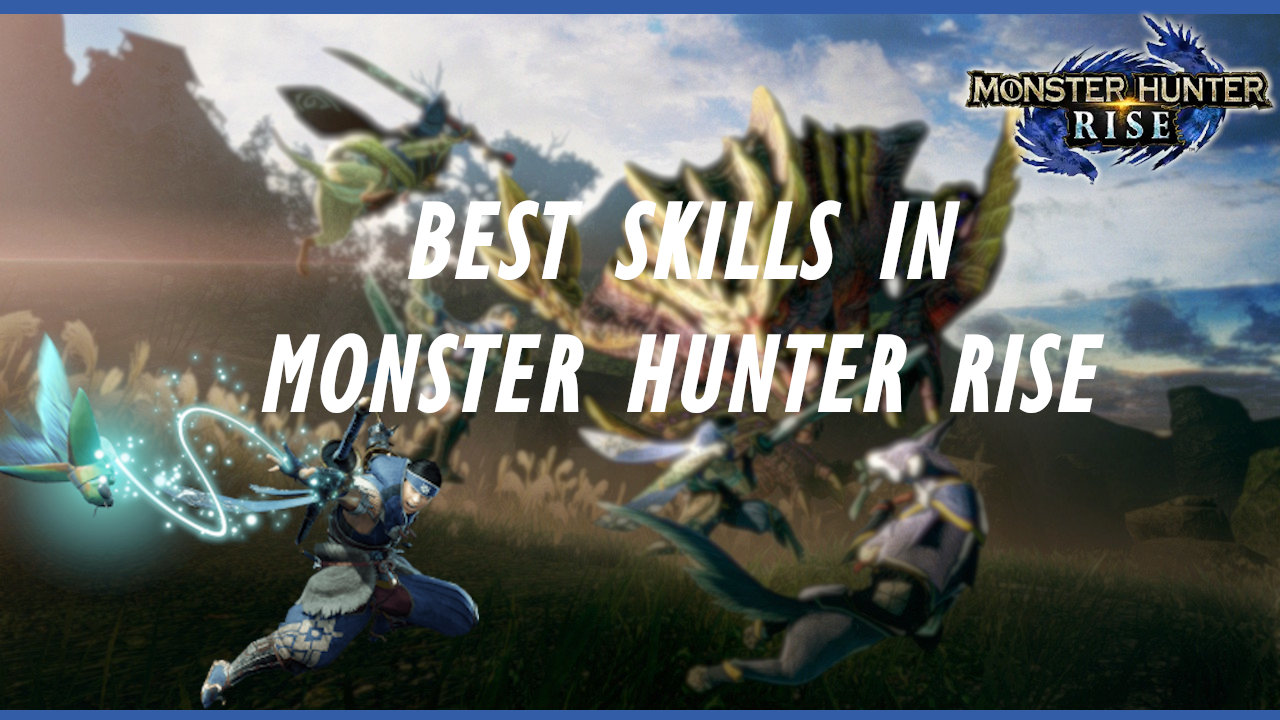 It’s easy to get lost with the sheer amount of skills that exist in Monster Hunter Rise, but rounding down the very best skills of the game is surprisingly not that hard to do. After you get the core grasp of the game’s fundamentals, it’s easy to distinguish what kind of skills your set needs, and can mess around with. As you would expect, there are some that are almost essential to be as efficient as possible, and we are taking a look at exactly those skills in Monster Hunter Rise.

Best skills to be on the lookout for, in Monster Hunter Rise

Your weapon being a Bow or a Lance, or whatever you prefer at all, there are certain skills that can be utilized from pretty much any build, both melee and ranged. Not only that, but finding the best skills in the game can be really subjective, since skills are tied to the way someone plays. Many weapon classes have various playstyles, like for example Dual Blades where you can go the completely offensive route, or use stamina boosting skills to help you at evading every single attack or have infinite amounts of stamina.

The amount of possibilities when building a setup is really absurd, but below we will narrow down the most important skills of Monster Hunter Rise, so you can work around them and add your own flair to your character. Of course these can change in the future, depending on what Capcom would release as DLC or update, but for the time being these skills are surefire choices.

Every single one of the options above, are categorized as the literal best skills in terms of attacking prowess and offensive capabilities. You can’t go wrong with any mentioned here, but let it be noted that the ones you will mostly need in any set you create, would be Weakness Exploit and Critical Boost. It doesn’t matter what your setup is, those two skills in conjunction simply increase your damage output, significantly. Only to some exceptions this is not true, where you would need a very dedicated and special setup. Additionally, note that if you are running an elemental build, it is very likely you won’t need to raise your attack, so elemental skills and decos are the way to go.

We are barely scratching the surface when it comes to skills that help your build function better, as there are way more than the ones mentioned here, but these are the most impactful in regards to any setup you may think of. In contrast to offensive skills, these can’t be just randomly attached to your build, since each of them is targeted to certain playstyles.

Also, don’t neglect some skills just because they are not listed here. Mushroomancer for example let’s you take advantage of the various mushrooms you find in the field, gaining some superb effects when eating them. Wirebug Whisperer further boosts your Wirebugs, and so on. In general, if you like playing in a certain way, chase down those skills for your gear. The suggestions above are simply the skills that are the most efficient, without putting to much effort in gear setups when theorycrafting. Make sure to experiment as much as possible.