Hunt down monsters from afar, with this elegant weapon. Monster Hunter Rise brought back every single weapon from the previous entries, including the mighty Bow. One of the three ranged weapons in the game, the Bow was touched quite a bit, with the team ending up nerfing some of its previous features. That said, it still remains a magnificent option for someone who wants to hunt from afar, and with the new mobility maneuvers the Wirebug provides, this was never easier to achieve. Let’s take a look at the guide below, to see all of Bow’s functions, Silkbind attacks and combos.

Bow users in Monster Hunter Rise were always talented hunters, with deep knowledge of the game’s mechanics and monster behaviors. This is a necessity for such a weapon, as it requires good handling and precise attacks, with correct timing and positioning as well.

As someone would expect, the Bow shoots arrows from afar, in addition to a couple of unique attacks. Namely the Dragon Piercer and Arc Shot, which are both very useful tools. Something a new player wouldn’t expect, is that the Bow is also a charge weapon, similarly to the Hammer and Great Sword. You can charge arrow shots and skills to make them stronger, or simply spam quick shots (not the ability from Monster Hunter: World) to inflict pressure damage.

Speaking of which, quite a few things were removed from the Bow in Monster Hunter Rise, that were present in previous installments. The Quick Shot for example is completely removed, and Dragon Piercer doesn’t have the penetrating power it had prior to this entry, resulting to only 2-3 hits max when used. Thousand Dragons from Monster Hunter: World is also removed, but that was expected as it was a Slinger ability, and the tool doesn’t exist in this game. Overall, the Bow received quite some nerfs damage-wise, but, there are some new gimmicks added to it.

Arc Shot can now heal teammates, depending on the weapon used, and Power Shot is able to be shot twice, with a narrower spread. Ending up to more damage, especially when it hits weak spots. Its Silkbind attacks also provide some support moves, essentially turning the Bow into a full-fledged support type weapon, that can dish out quite some damage, if used efficiently.

The last feature of the Bow in Monster Hunter Rise, is its unique Coatings. These are quite self-explanatory, as they are coatings attached to arrows, that provide certain effects, depending on which one you use:

** Please note that if you have a weapon with an elemental attribute equipped, the Coating used will override that attribute with its own. If you use the same attribute though, the effect of the weapon will be doubled (ex. Poison Coating to Poison weapon etc.)

Coatings have limited uses in a hunt, so make sure to use every single one of them efficiently. You can restock them by fusing items or fast traveling back to camp, but this is not something efficient when in the midst of a battle. It is suggested to start the hunt with the Power Coating, and when you are empty, start using Close-range or Exhaust. Depending on which monster you are facing, the rest of the ailment Coatings can be equipped accordingly. Besides which Coatings you use, make sure to attack with Dragon Piercer whenever possible, and keep mixing up your attacks with the Arc Shot, to slowly drain the monster’s HP.

Lastly, something that can easily be overlooked, is that the Bow’s damage can be increased in tiers, by either shooting or dodging, up to tier 3. This is not a buff, so you can hardly understand it is even happening, but think of it like this. Shooting once, raises 1 tier, shooting twice, tier 2 and so on. Dodging is the exact same thing, so a shot to dodge to Dragon Piercer, equals to a tier 3 Dragon Piercer. Make sure to implement this. 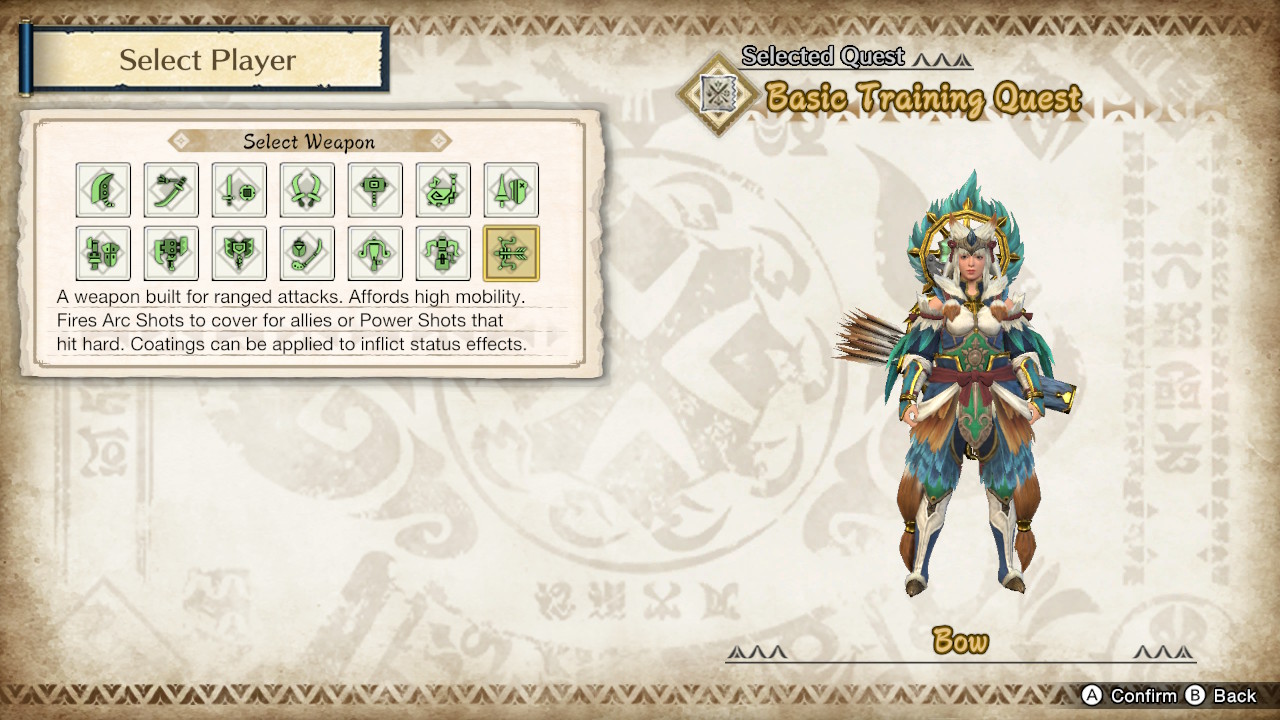