The latest news in the world of video games at Attack of the Fanboy
March 26th, 2021 by Victor Vellas 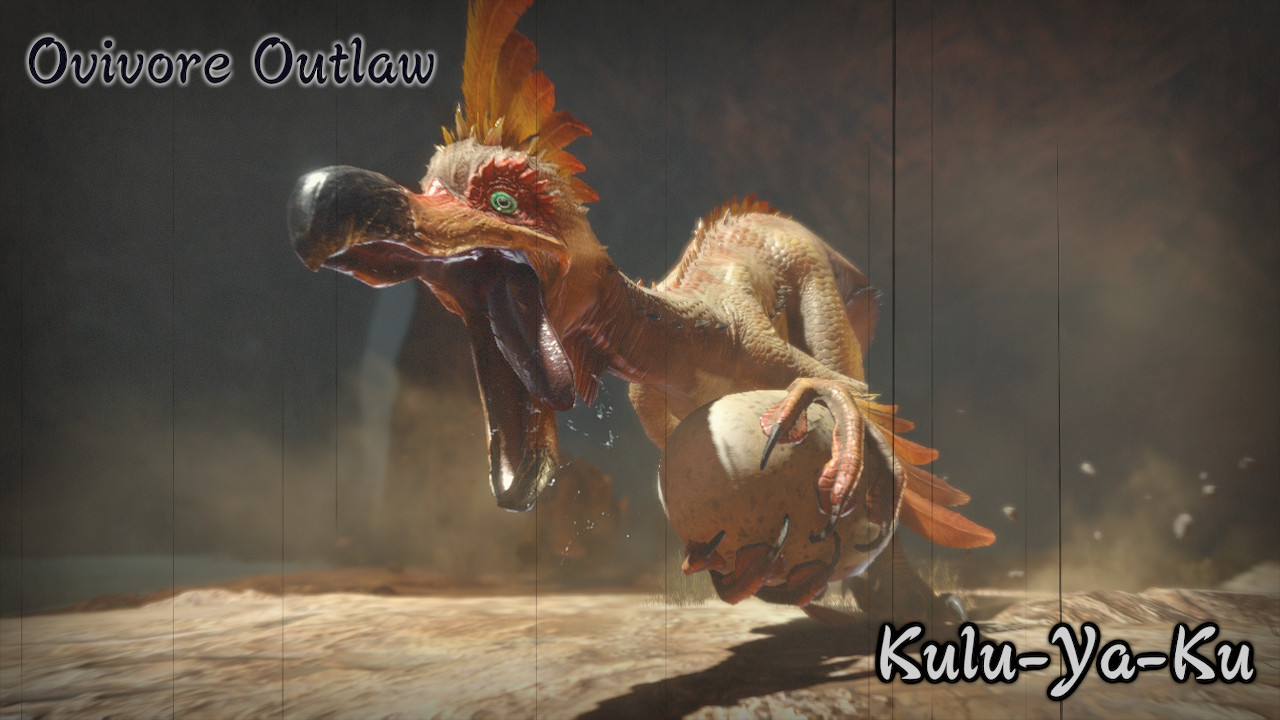 Monster Hunter Rise has a lot of Bird Wyvern monsters as introductory steps in this huge world, and Kulu-Ya-Ku is one more you need to beat in order to continue your adventures. It is clear even from the introductory video of this big chicken, that Kulu-Ya-Ku is not one of the bravest or fiercest monsters in the game, as we can clearly see it running away from the peaceful Rhenoplos. A thief at heart, the Ovivore Outlaw is true to its name. Let’s see what are its capabilities in combat though, in the following guide and overview.

How to beat Kulu-Ya-Ku in Monster Hunter Rise

It may look goofy in both appearance and attitude, but Kulu-Ya-Ku does have some potential somewhere in there. Especially when it holds an object, usually being a rough rock or boulder, it really does gain some confidence with aggressive lunges towards you. 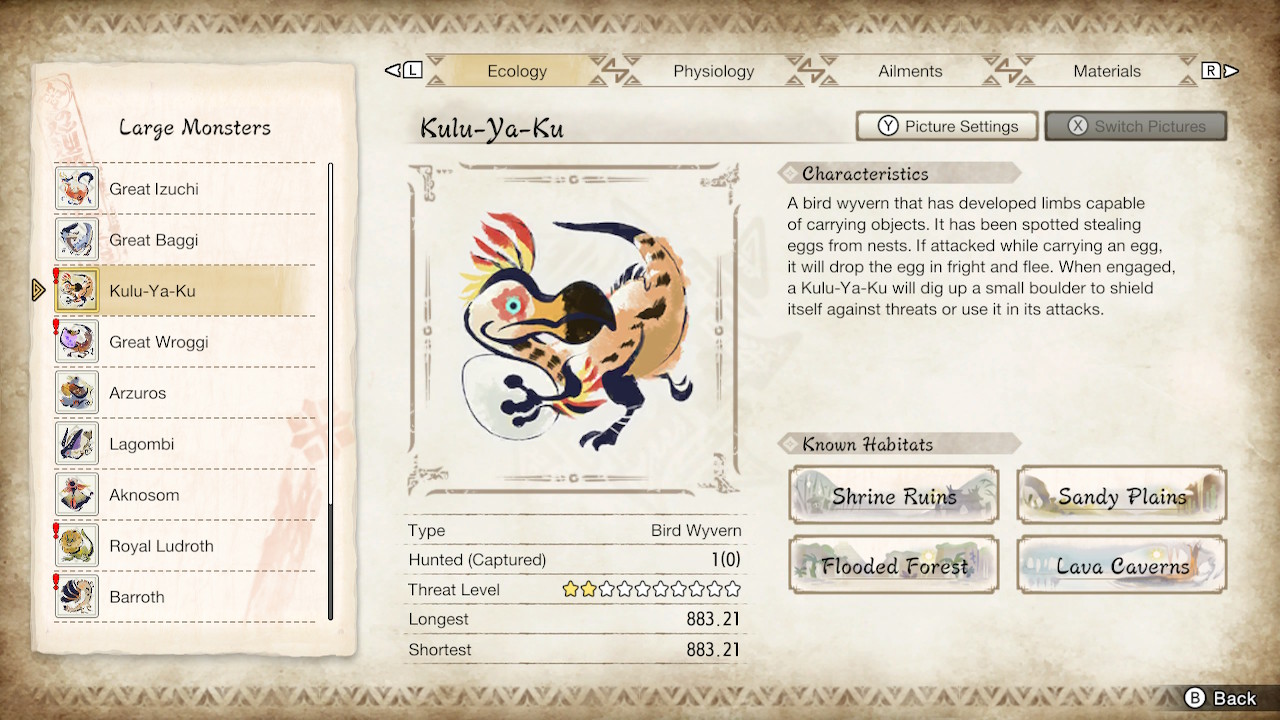 This Bird Wyvern is capable of carrying objects, in contrast to the rest of its cousins, and that is the only significant tool it has to make it somewhat dangerous. It is usually found stealing eggs from nests of other herbivores, but when it doesn’t, it can grab boulders to use as weapons or shield itself since most of them are deflected if aimed at the rock.

It could be an efficient way of handling threats, however this feature of Kulu-Ya-Ku acts as a double-edged sword. While yes it can hit hard or shield from various enemies, it can also be its downfall. If you manage to stagger it in any way while holding that boulder, it literally falls and breaks flinching the monster in the process. That’s your queue for some free damage, as it can literally do nothing while you rain hell upon it. The specific boulder also cracks after some use, which if you attack enough, it will also break and flinch the monster again or interrupt its attack. 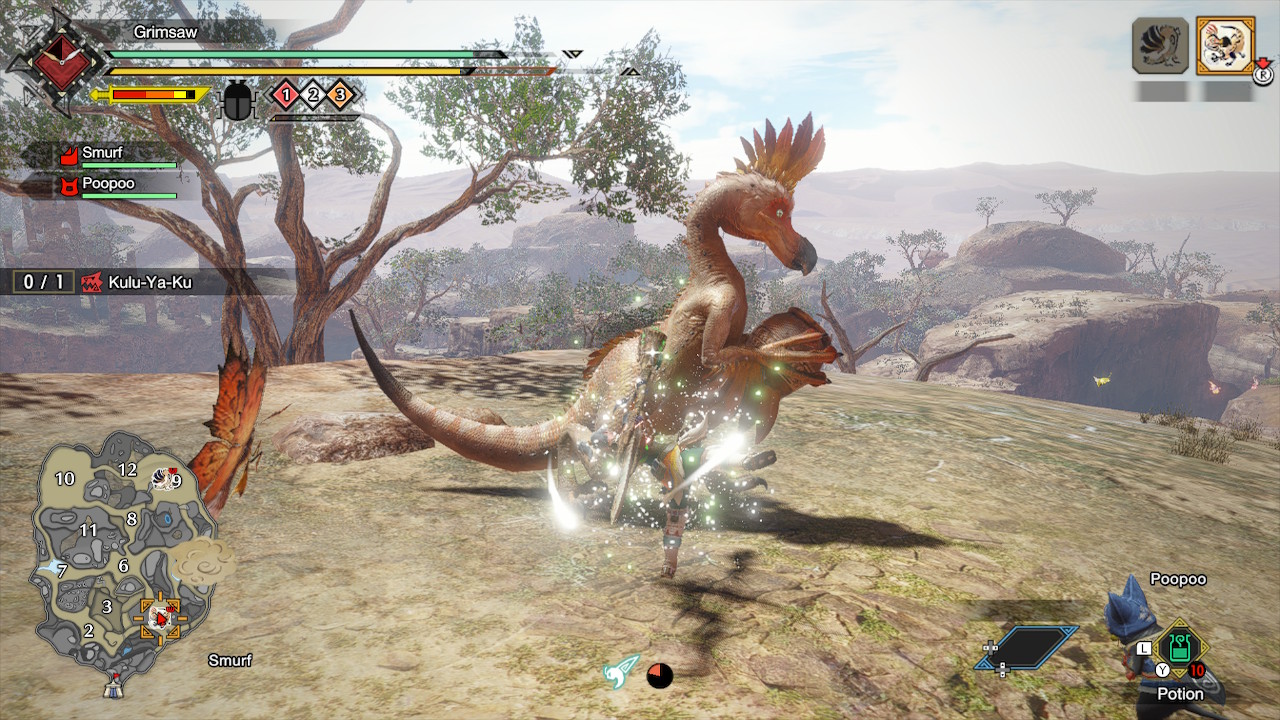 Taking its considerable weaknesses aside, Kulu-Ya-Ku is not a real threat. As long as you don’t hit it from the front where the boulder is, you can easily exhaust it by flanking it or even attacking from the back. It tends to attack very straightforward, with not many surprises in its arsenal. That said, if it manages to catch you off-guard and land some fast consecutive pecks or lunges with the rock, it can be somewhat dangerous as it can easily stun you. Make sure to watch out for its attack patterns, keep attacking from the side and break its boulder whenever possible to flinch it.

Mobile melee weapons are also suggested when dealing with a Kulu-Ya-Ku in Monster Hunter Rise, since it moves a lot, but to be honest any weapon can do the job here, especially when it has a water attribute. Ranged weapons can easily and constantly hit its rock in order to stun the monster, so it literally depends on what you want to use. Pick the one you fancy the most and stop this egg thief.